To Spank Or Not To Spank?: The Effects Of Spanking Your Kids

To spank or not to spank?

Among parents, psychologists, and paediatricians, there is raging disagreement over this age-old parenting dilemma. It’s really no secret that spanking has been a contentious issue for a very long time, actually decades. This article will examine the effects of spanking on a child’s brain and behaviour from a scientific perspective.

Spanking: What Is It?

Spanking, a kind of corporal punishment, is employing physical force to inflict pain on someone. To do this, one may hit, slap, whip, etc. It’s important to note that if the aim is to inflict pain, discomfort, or fear, it is spanking regardless of whether it is “open hand” or not or how light or hard it is.

The strong punishment is meant to terrorise the youngster and threaten harm in order to alter the child’s behaviour.

Is Spanking Your Kids Effective? 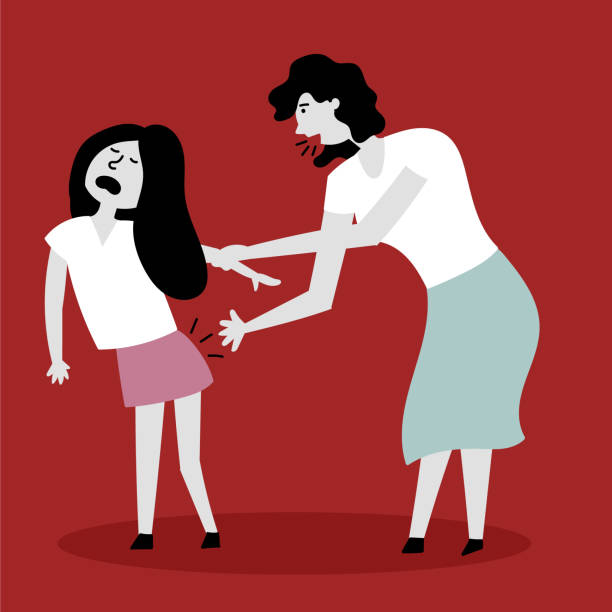 Numerous studies have demonstrated that spanking and other physical forms of punishment can put kids at considerable risk, but many parents don’t seem to be getting the message.

According to Sandra Graham-Bermann, PhD, a psychology professor and the director of the University of Michigan’s Child Violence and Trauma Laboratory,

“It’s a very controversial area even though the research is extremely telling and very clear and consistent about the negative effects on children. People get frustrated and hit their kids. Maybe they don’t see there are other options.”

However, according to Alan Kazdin, PhD, a psychology professor at Yale University and the head of the Yale Parenting Center and Child Conduct Clinic, spanking is ineffective. Kazdin, who presided over the APA in 2008, asserts that

“You cannot punish out certain behaviours that you do not want.” According to the findings, corporal punishment is not necessary. We are not abandoning a successful method. We claim that this is a terrible idea that is ineffective.” 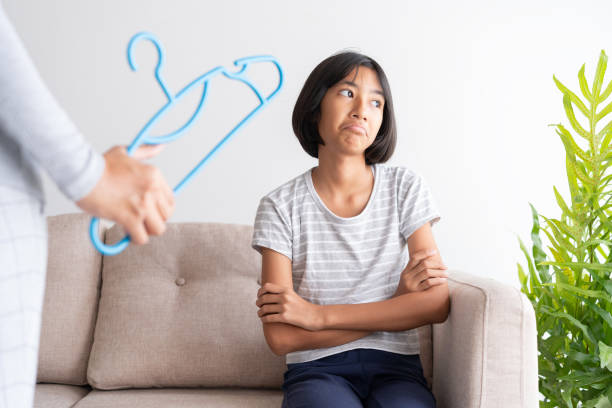 The effect that spanking may have on the relationship between parents and children is another crucial factor that needs to be taken into account. Children may become terrified, confused, and unsure about whether they can trust their parents if parents frequently use physical force to “correct” problems.

Additionally, it excuses inappropriate conduct (such as spanking) rather than addressing the real cause of most problems. What exactly do children learn, for instance, if a parent intervenes in a fight between siblings over a toy and spanks both of them? They discover that arguing over toys results in a spanking for both of them!

2. Spanking your kids will fuel anger for both parents and children

Children frequently think that punishment is unfair. Compared to other forms of discipline, corporal punishment is the one that they are most likely to reject. Even though they do not have the same standards as adults, children do have an inbuilt sense of justice.

Children do not, however, think logically like adults do. This can stop punishment from having the desired effect and lead to an irate child.

Often, the emotion of injustice turns into one of embarrassment. Children who are subjected to humiliating punishment either revolt or withdraw. While spanking may give the impression that the youngster will be terrified to repeat the wrongdoing, the child is more likely to develop a dread of the spanker.

According to studies, children who grow up in families where slapping is practised are more prone to use aggressiveness to resolve disagreements as adults.

The act of spanking shows that it’s acceptable for people to hit each other, especially when it’s big people hitting little people and stronger people hitting weaker people.

Children discover that a good swat is the best way to address an issue. A youngster who is spanked to regulate their behaviour is likely to continue this style of contact with siblings, peers, and eventually a spouse and children.

4. It promotes a cycle of violence

5. Spanking could result in abuse.

The risk of starting corporal punishment is that you can feel like you need to use stronger weapons: your hand becomes a fist, the switch turns into a belt, the folded newspaper turns into a wooden spoon, and what started out as something seemingly innocent now turns into child abuse.

Punishment encourages the abuse of children. Because they have not learnt alternatives and automatically go into punishment mode when their child misbehaves, parents who are conditioned to punish set themselves up for treating their children more harshly.

Based on a growing body of research suggesting that the corrective measure causes more harm than good, the American Academy of Pediatrics (AAP) strongly advised parents not to spank their kids in a 2018 statement. Numerous research studies have shown that physical punishment, such as spanking, hitting, and other methods of inflicting pain, can make kids more aggressive, antisocial, and prone to physical and mental health issues.

According to the AAP, research conducted over the past 20 years has shown that striking young children makes them more aggressive and does little to alter their undesired behaviour. Additionally, studies have connected spanking to a higher risk of mental health issues and poorer brain growth.

4. Spanking your kids may lead to behavioural problems 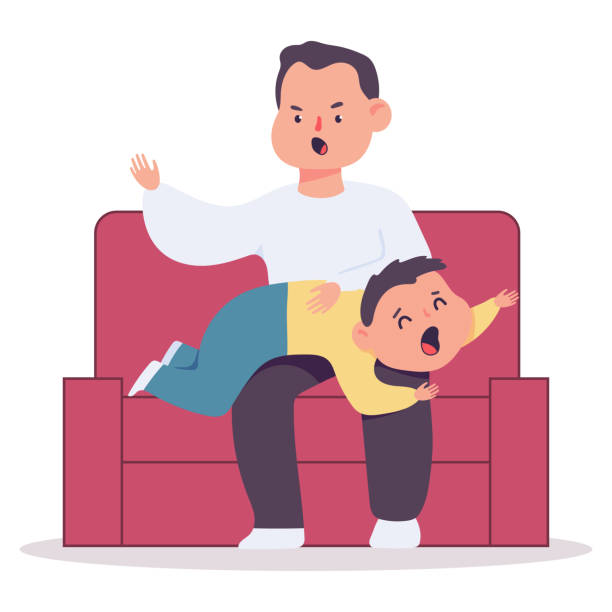 It is simple to comprehend how spanking might produce behavioural issues given how much of an impact it can have on psychological and cognitive functions. Since emotions have an impact on behaviour, emotional problems have the potential to spread to other areas of life.

“The new AAP statement includes data that show that kids who were spanked in their early years were more likely to be more defiant, show more aggressive behavior later in preschool and school and have increased risk for mental health disorders and lower self-esteem,” says pediatrician Karen Estrella, MD.

The effects of spanking on the brain may be more severe than you realise. It has been demonstrated that repeated occurrences of harsh corporal punishment (HCP), such as spanking, cause grey matter in adolescents’ brains to decrease.

Gray matter, the tissue that connects brain cells, is necessary for normal brain growth and operation. It is crucial for many brain-based processes, including those involving emotions, senses, intelligence, learning, speech, muscle control, and memory.

This suggests that kids with less grey matter may have difficulties with these essential skills and subsequently in many different areas of their lives.

Physical punishment is a form of intimidation and threat-based instruction.
Being under threat brings so much stress.

Regardless of how it is defined or whether one thinks it constitutes child abuse, a growing body of evidence shows strong links between spanking and a number of negative effects over time.

7. Spanking your kids may bring trauma

The emotional consequences of spanking are frequently thought by parents to have essentially worn off once the wailing stops, and the child has “gotten over it.”

It could come as a surprise to learn that just when a child has stopped weeping, the body has not forgotten what happened. Instead, the exact reverse is true. Even years after the physical spanking, the body retains the event as trauma.

Additionally, it sets up the kid for continued trauma in the future.

Do all children who receive spankings suffer severe lifelong trauma? Though not necessarily, the chances are unfavourably stacked against them. Even if the adult thinks the punishment is light, there is no way for the adult to predict how much suffering the kid will endure.

What Corporal Punishment Does to Your Child

First off, children who have experienced HCP are more likely to later externalise their behaviour (e.g., fight, swear, or yell) and display aggression.

Furthermore, parents who spank their children are essentially teaching them that using physical force to resolve conflicts is perfectly appropriate. Problems with moral development or the capacity to discriminate between right and wrong can then result from this. 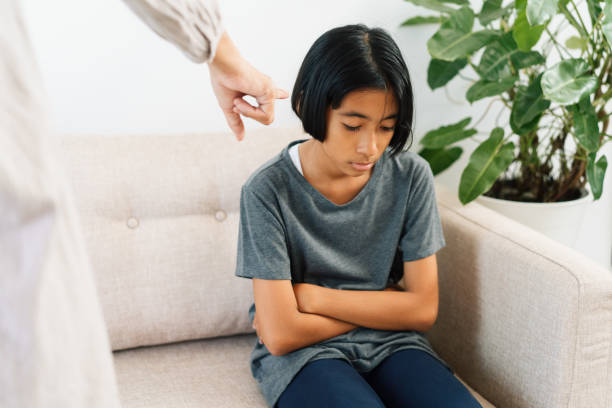 For instance, if children are spanked for every infraction they commit as children, they may come to believe that it is OK to physically attack others. Additionally, they could be more inclined in the future to administer HCP to their own kids.

Moreover, children who receive spankings are more likely to engage in antisocial behaviour. This can be a result of how they feel about themselves after receiving a spanking. They may begin to experience depression if they believe they are failures or troublemakers, and this may manifest as antisocial or excessively introverted conduct.

Ways To Discipline Without Spanking Your Kids

Here are several viable alternatives to spanking given the overwhelming evidence that it is ineffective and that there are other ways to discipline:

Inappropriate child behaviour frequently makes parents angry. They don’t comprehend why someone they care about would purposefully act inappropriately. Parents frequently use tried-and-true techniques or ones that stem from fury or frustration.

If you want to raise kids who are healthy, happy, and have close relationships with you, spanking is never a good idea.

4 Effects of Lack of Affection In Childhood