A child's brain development process starts in utero and continues well into adulthood, but it develops at a much faster rate in the early years of life.

In fact, this process begins in the uterus and continues well into adulthood, but it develops at a much faster rate in the early years of life.

Till the age of five, your child’s brain is the most “plastic,” which means it has the maximum capacity to observe, adapt and also learn new skills. However, not every child’s brain develops at the same pace and in a similar manner.

So, when people say “start them young,” this is exactly what they mean!

A child’s brain development depends on a mix of genetics, nutrition right from the uterus, and also their early environment and interactions with people. How it develops in the early years also lays the foundation for their future learning and relationships with other people.

What are the different child brain development stages? Here’s everything you need to know.

How Your Baby’s Brain Develops Inside The Womb

Brain cell creation and neuronal migration are the two major processes that take place inside the uterus. After the brain cells are created, one of their main functions is to form the actual brain.

In the third trimester, the cerebral cortex starts to take over from the brain stem, preparing your baby for future learning.

However, exposure to any kind of stress, infections and toxins-either in the womb or post-birth, can influence your child’s brain development and not in a good way.

Hence, health experts lay stress on the expectant mum to eat healthy foods and get plenty of rest to mitigate stress.

Babies start developing their motor and sensory systems in utero.

The health and development of a child later in life are greatly influenced by their early years. The rapid rate of brain development beginning before birth and continuing throughout early childhood is one of the key causes.

Although the brain continues to grow and develop throughout adulthood, the first eight years of life can lay the groundwork for future success in learning, health, and living.

In addition to heredity, there are numerous other factors that affect how effectively a brain develops.

The secret to promoting healthy brain development is to provide the child with nourishing and responsive care for their body and mind. A child’s development can be shaped by a combination of favourable or unfavourable experiences, which can have long-lasting impacts.

Parents and other caregivers require assistance and the appropriate materials to nourish their children’s bodies and minds. The correct care for children from conception onwards ensures that the child’s brain develops healthily and to its full potential.

Human intellect, emotion, and bodily motion are all controlled by the brain. By the time a child starts kindergarten, their brains have practically completed their development.

Even while the brain continues to develop until the age of 25, the majority of it happens before the age of six. What stages of growth does the brain go through, and what factors affect development?

Prior to Jean Piaget’s idea of stages of development, scientists believed that children and adults shared the same cognitive abilities. They treated kids like miniature adults as a result. But Piaget hypothesised that children’s intellect develops gradually based on his observations and studies. Children just perceive the world differently than adults, in his opinion; they are not less intelligent than adults.

The first two stages, which scientists believe to be the most crucial for cognitive development, last from birth to age seven. Your child’s brain has developed 90 per cent of the way by the time the preoperational stage comes to an end.

From the age of seven till adulthood, a person’s remaining (10 per cent) brain development occurs. We will concentrate on how the brain grows during these two periods since they are so crucial to your child’s cognitive development.

From birth until age two, children go through this cognitive stage. Your child’s cognitive development is just starting to take shape at this point. Your infant learns throughout this period by using his or her senses. Youngsters will learn more about their surroundings the more they explore them.

In the sensorimotor stage, some critical cognitive development skills include:

• A youngster learns via senses and exploration. They largely rely on their five senses and learning through trial and error;

• Children start to comprehend that things still exist even if they are hidden from view (also known as “object permanence”);

• A kid comprehends that their direct actions result in a change in their surroundings (for example, a child slams his or her sippy cup on the ground, causing the cup to pour milk on the ground as the result of the action);

Between the ages of two and seven, a baby’s brain goes through the second stage of development. A child’s language development is greatly influenced by the preoperational stage of cognitive development. Additional traits of this developmental phase include:

During this stage, there are three main processes that take place.

One such process is neurons making new connections with one another. This helps to wire together different parts of the brain that need to work together and communicate effectively.

Pruning is the second process. Early on, the brain makes extra cells and connections for flexibility, but then it finds that there are connections that it doesn’t really need. It is the brain’s way of removing connections in the brain that are extra or no longer needed.

The third process is white matter development or myelination. The process begins around birth and is most rapid in the first two years and continues almost as late as 30 years of age. In this process, neurons get used up and they are wrapped in a little coating of white matter. It helps messages to travel faster and more efficiently.

At this stage, complex brain functions start to develop, aside from sensory and motor developments. There are developments in the brain that support logic, reasoning, and emotional processing.

During this time, the fusion between myelination and pruning continues, enabling your child to learn complex concepts and skills.

The big one is ‘how to read’ and this skill is quite new. Experts say that there is nothing in our DNA that’s specifically designed to help us read.

So by the time your child is four-years-old, they will learn to read because they are able to link languages, cognitive and visual processing region together and more efficiently.

In contrast, a two-year-old won’t be able to do the same.

Elizabeth Norton, PhD, director of the Language, Education and Reading Neuroscience Lab at Northwestern University, tells Fatherly that a parent won’t be able to understand if their child’s brain is developing normally or not.

So the best way to benchmark is to look for milestones at each stage. For instance, when a toddler learns to smile or starts speaking in sentences.

These milestones are essentially manifestations of new connections that are being made inside your child’s developing brain.

Parents do need to remember that all these milestones are not set in stone. So please don’t be alarmed if your child’s brain development is not in line with the age at which most kids experience them.

You can discuss with your baby’s paediatrician if you are concerned about a missed milestone. Having said that, do not forget to enjoy your baby’s growth journey with each day bringing something new.

Yes, you should let your infant, preschooler, or kindergartener slobber all over the place! Mess-making is a brain development activity that improves your child’s comprehension of the world by exploring their senses, even though it means more cleanup for you.

A child is engaging most or all of their five senses at once when they make a mess with food, dirt, sensory bins, and other items. 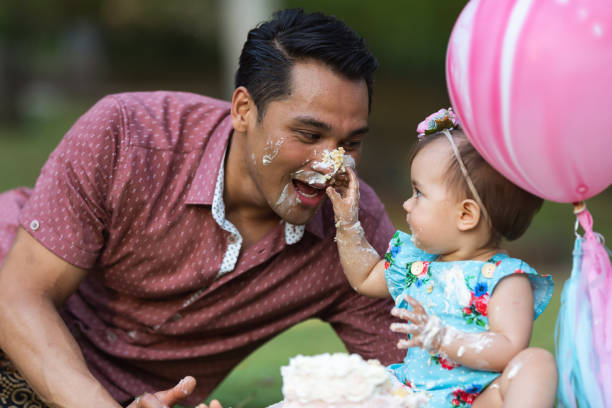 Let’s look at an illustration: If you permit your child to contaminate his or her food, then your child is…

• Using touch to determine the food’s texture and temperature

• Hearing the sound of food being squished and mashed between his or her fingers.

• Observing the food’s motion after being crushed

• Trying the meal to learn about the various fruits and veggies

Teach your child to participate in games that require hand motions since children learn best when their senses, such as touch and sight, are used. Patty Cake, Peekaboo, and hand puppets are examples of these brain-developmental games that can assist your youngster in learning how to engage with nonverbal clues (hand gestures), language, and sight. 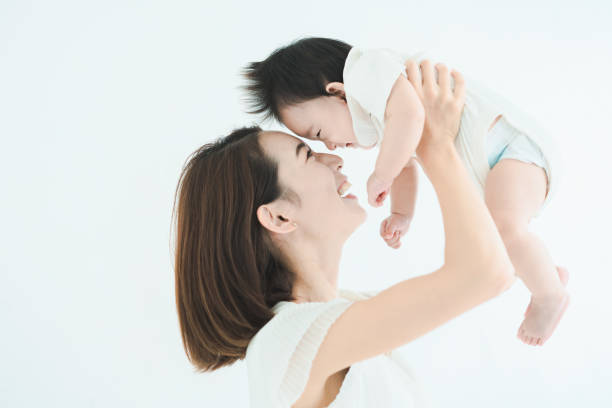 In babies and young children, physical touch has a strong positive correlation with brain development! Researchers found that toddlers who were hugged and caressed less by caregivers were more distressed in their DNA profiles and had poorer developmental progress, as reported in Development and Psychopathology.

Therefore, don’t feel awful the next time you think you’re holding or cuddling your infant too much. Instead, to increase brainpower, keep cuddling with your child through their toddler years and beyond! 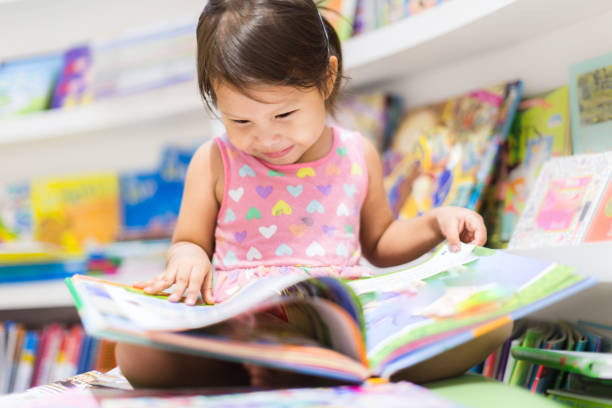 Early reading enthusiasm encourages the formation of stronger neural connections that are necessary for language comprehension and, subsequently, conversational language use. The ideal time to start reading to a youngster is right away! Early reading is the ideal way to start building your child’s brain connections for early language, even if they are still infants.

One of the educational games for kindergarten-aged kids that can be played anywhere is this one! Simple: When you clap your hands, ask your child to repeat the beat. Your child will eventually learn to count along with each beat and realise that numbers are more than just a way to repeat words. They will start to pick up on basic math concepts and start to recognise patterns in daily life. 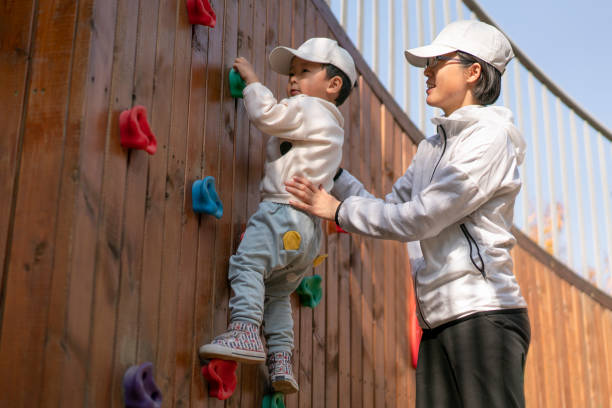 Children as young as kindergarten age can engage in learning activities while playing on the playground, such as climbing on the equipment. So how precisely does climbing promote brain development in children?

As soon as your child starts speaking, probe them with inquiries about daily life. asking you questions on everything you do in relation to the activity you are doing throughout the day. Ask questions about what to do next or what your child anticipates will happen while combining materials if you are teaching your child to cook.

What will happen when the sugar cookies go into the oven, for instance? ”

By introducing your child to logical reasoning, questions help children’s brain growth. Additionally, it makes them more curious about their surroundings!

Children’s brains develop naturally throughout their lives. However, by the time your child starts kindergarten, 90 per cent of brain growth has been completed.

Try incorporating a few of the aforementioned brain-developmental activities into your child’s daily routine to ensure that he or she is developing the brain to the fullest extent possible.