Spanking A Baby Can Cause Long-term Mental Trauma

Spanking children is often normalised and is a part of pop culture references, especially for the Asian community. As much as we want to avoid it, this is a parenting technique we share across generations.

However, it does not feel nice to be spanked. Studies show that spanking has no positive results in the growth of the child. Instead, constant spanking can lead to child feeling abused and hinder growth, not to mention it contributes to physical and mental health complications.

It’s extremely important to reassess your parenting technique if spanking your toddler is a regular affair. While spanking has been a part of the Asian parenting culture for the longest time, it would be safe to say that it’s high time that we retire the old fashioned discipline methods.

Here are five reasons why you should not spank your baby.

Babies physically depend on adults for their well-being and are extremely vulnerable too. It may be easy for the parent to lose control and spank the infant or toddler for a small mistake, but it can cause serious physical damage.

Physical acts like shaking, pushing, shoving are all actions that can cause whiplash, brain damage, and even death of the infant.

Parents have long-seen spanking as a means to keep children from “doing the wrong thing.” However, spanking has little to do with making the child understand the good from the bad.

On the contrary, it simply teaches children about what leads to spanking and what doesn’t. While the child may refrain from repeating the behaviour in front of the strict parent, it does not teach them anything about self-control.

Moreover, your child will find it difficult to see you as someone willing to communicate. This is especially important as children enter adolescence and the late teens, where communication with adults is further strained due to the generation gap.

To simply put it, spanking won’t resolve your child’s issues, it’ll only create new ones.

3. It creates bullies out of children

Spanking a child is more about establishing authority than correcting the child’s mistake. It represents that someone stronger can overpower a weak person.

A 2014 study in Brazil published in the Pediatrics journal concluded that kids who were spanked are likely to develop aggressive behaviours like getting into fights, destroying things, and being mean to other children.

Sadly, the power hierarchy parents establish at home does come back to bite, with children turning out to be bullies in the school playground.

Babies are both mentally and physically sensitive and the last thing you want is a trauma they carry long after growing up. According to a 2012 study, adults who were spanked as children may face an increased risk of mental health problems.

While the study does not prove a direct correlation between being spanked as a child and adult mental health issues, there has been no research either that suggests there are any positive effects of spanking a child.

The study further adds that spanking as a child, along with physical neglect and constant abuse can contribute to depression, anxiety disorders, substance abuse, mood disorder, and more as adults.

5. Baby behaviour is difficult to control

A toddler is spanked for reasons like being fussy over food, running into the street, breaking things or making a mess while eating. These are perfectly normal things for a baby to do.

So, when you spank the toddler for these reasons, you are essentially punishing the baby for being themselves.

In nearly every case, it’s not the baby at fault but the parent’s mental stress that gets the better of them. If anything, you’ve confused the baby who looks up to you as a caretaker and does not understand his mistake.

Suddenly, the punishment seems completely out of line, doesn’t it?

The new-age parent will have to be more communicative and make an effort to understand their child’s needs. This means unlearning what you adapted over the years and setting realistic standards about your baby’s development skills.

Enforcing positive parenting techniques instead of spanking has shown results in better development of children.

According to a 2003-study by Bakermans-Kranenburg, children raised in a positive environment turn out to be more secure and have strong parent-child relationships.

Parents often confuse spanking with disciplining the child. While discipline is necessary, physical violence is a strict no. Try to use a sterner voice, widen your eyes or be assertive with your words. The objective is to reason with the child and make him understand the consequences of his actions.

This, of course, works with slightly older children instead of babies. That’s because the latter will need more time and patience from your end.

It’s only human to err. While you may spank your child in the spur of the moment, sometimes for their own good. But it is extremely essential then that you take out the time to apologise.

It’s reflexive to spank the child at times, but as parents, it is necessary to make a conscious effort to avoid bringing this aspect into the parent-child relationship.

Spanking During Childhood Can Cause Troubled Relationships Later on in Life: Study

Study: Spanking children may lead to anti-social behaviour and mental problems in adulthood 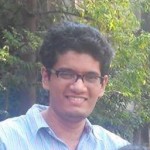