"I hope my story will be a warning towards all tempered glass table top owners."

30 minutes into dinner, their entire table top shattered without warning.

What was meant to be a joyous hotpot dinner between friends last Sunday (Jan 19) immediately turned into a horror scene.

The floor was covered in blood, soup, broken crockery and food, while everyone present suffered various degrees of burns and cuts.

Traumatised by the harrowing turn of events, homeowner and host of the party Stephanie Chu recounted her story in a post on Facebook yesterday (Jan 20).  She also hoped her post would serve as a warning to others about using tempered glass table tops. 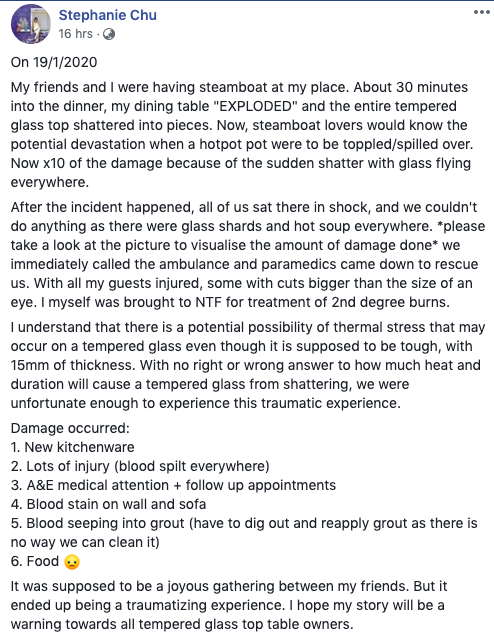 Wrote Chu: “My friends and I were having steamboat at my place. About 30 minutes into the dinner, my dining table “EXPLODED” and the entire tempered glass top shattered into pieces.

“Now, steamboat lovers would know the potential devastation when a hotpot pot were to be toppled/spilled over. Now x10 of the damage because of the sudden shatter with glass flying everywhere.”

Chu shared how everyone, including her husband and guests, were left shell-shocked in the aftermath of the explosion.

According to Chu, who posted several graphic photos of the injuries sustained, some of her guests had cuts larger than “the size of an eye”. Chu herself was brought to Ng Teng Fong Hospital for treatment of second-degree burns after calling for an ambulance. 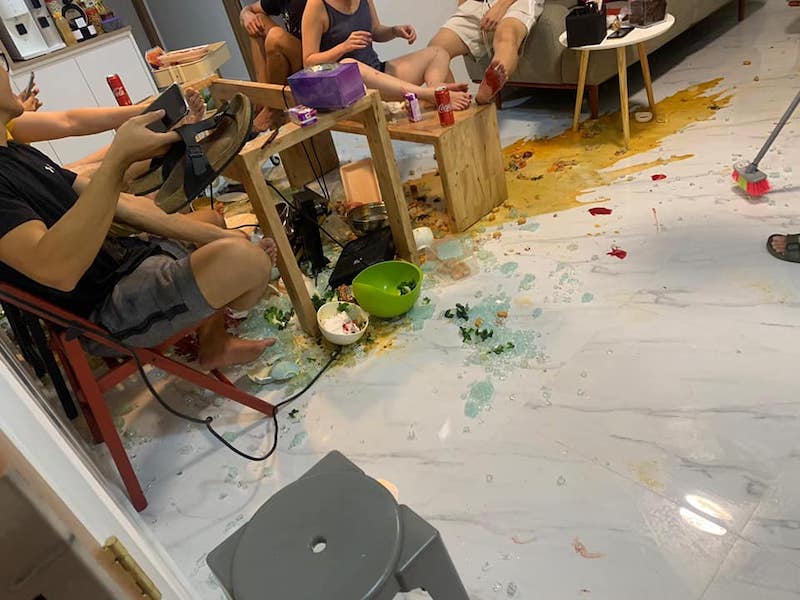 The extent of the damage after the glass tabletop explodes. | PHOTO: Facebook/Stephanie Chu

When Chu and her husband returned home that night, they were left speechless by the mess and damage left behind.

The loss of their new kitchenware and food, in addition to the bloodstains on their wall, sofa and blood which seeped into the grooves in their flooring had Chu breaking down.

Chu listed the damages incurred from the episode, including the injuries and cost incurred from seeking medical treatment at the A&E and the necessary follow up appointments.

“My house is in a mess and it smells like a crime scene of a murder,” she wrote.

In response to her inquiries, she said that the furniture company had offered a brand new laminated table top as a replacement. However, she had hoped for them to cover the medical bills and repair cost. 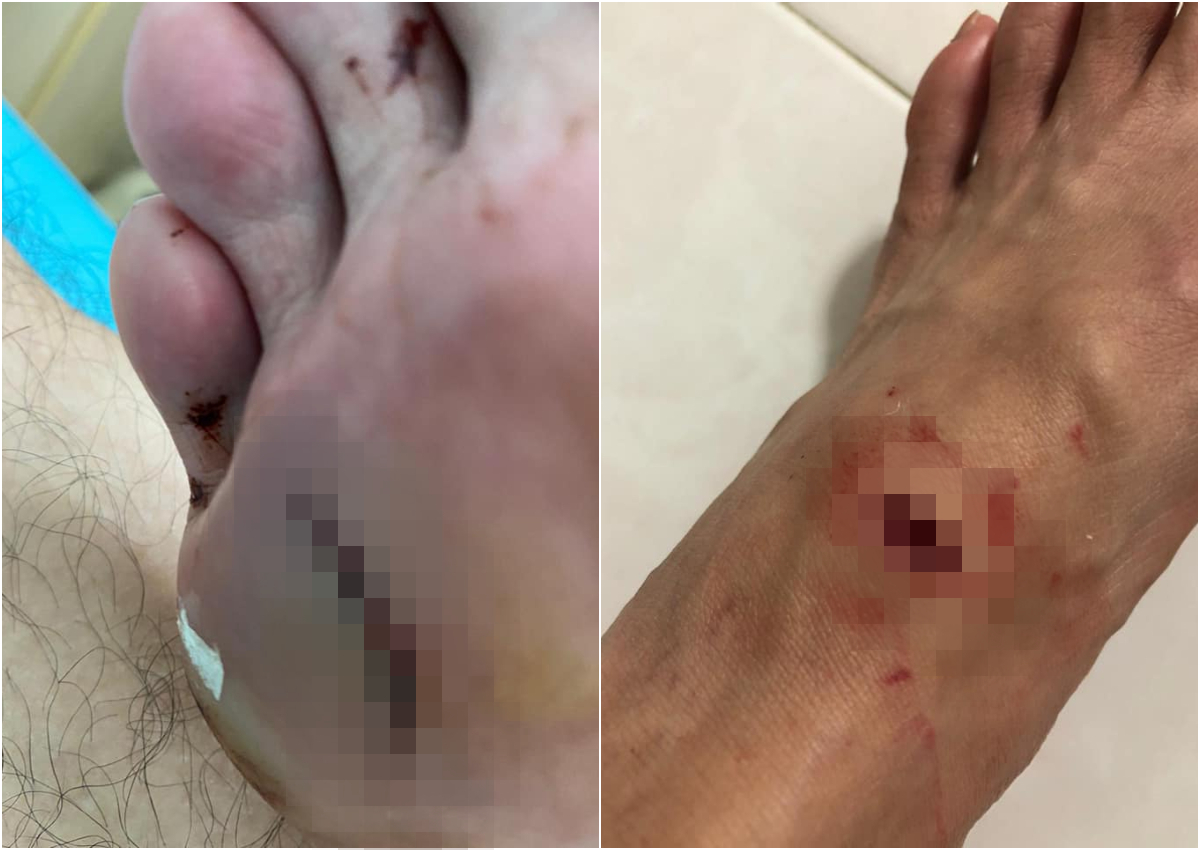 Some of the injuries suffered by those present. PHOTO: Facebook/Stephanie Chu 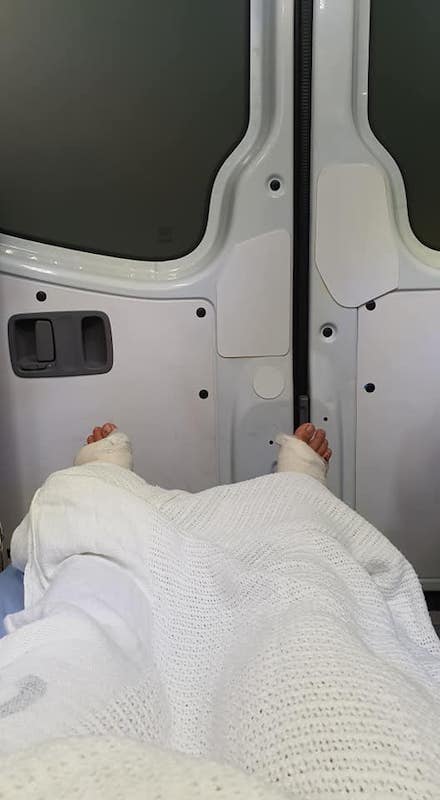 The aftermath of the glass tabletop explodes. | PHOTO: Facebook/Stephanie Chu

Though sympathetic, several netizens pointed out how tempered glass isn’t meant to withstand such high heat.

Despite its high level of strength, uneven heat exposure is one way in which the integrity of tempered glass may be compromised. Chu also mentioned that while she was aware of the risk of thermal stress, she had not expected that with a thickness of 15mm, her tabletop would have shattered under those circumstances.

Fortunately, every cloud has its silver lining. With Chinese New Year this weekend, Chu was thankful that it had not occurred then, when elderly folks and children would have been present.