She didn't move much through her 20-hour-long-journey. That led to the stroke.

Appointment calendars, to-do-lists, important documents, anything and everything can be stored on our cell phones. Mobile phone are such integral part of our lifestyle now that it seems we need them as much as oxygen to live! With this kind of phone dependency, it’s crucial that we stay aware of cell phone dangers to health.

A recent incident involving a woman shows the scary side of mobile phone addiction and continuous use.

Cell phone dangers to health: Woman suffered a stroke after using her mobile for 20 hours straight

A 47-year-old Chinese woman was travelling from Henan Province to the city of Guangzhou on 13th March 2018. During her 20-hour-long train journey she was reported to have been continuously staring at her phone (for approximately 20 hours).

When she alighted from the train, she fainted. She was immediately taken to hospital, where an emergency operation was performed on her.

Dr Meng — the surgeon who operated on her — shared that several blood clots, measuring around two centimetres long, were removed from her brain. Further, she had also suffered a stroke due to these blood clots, which led to her collapsing after getting off the train. 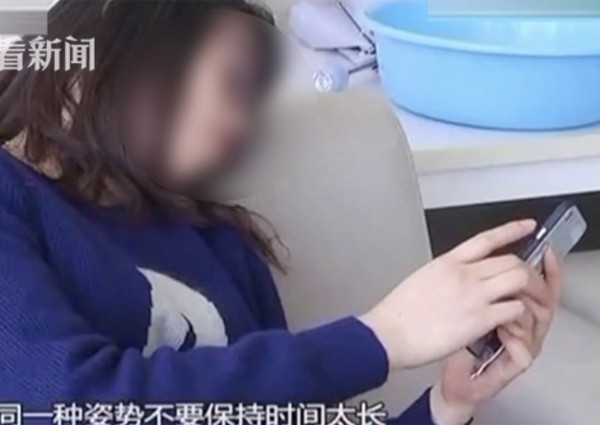 The deputy head of the hospital’s neurology department shared that for most of her journey, the woman was in the same posture and position.

To look at her phone, she had tilted her head to the right and kept it like this throughout her very long trip. This put tremendous pressure on the blood vessels in her neck. The doctors also shared that in recent times, there has been an increase in the number of younger patients who suffer from this same condition.

The woman shared with the media that she was in shock when she learned that her cell phone use led to the stroke. She also stated that she never had any health problems before and was a generally healthy individual.

Keeping in mind the many cell phone dangers to health, doctors and other experts recommend that people should maintain a good body posture when using a mobile phone. They also add that mobile phone users should take frequent breaks.

Remember to follow the basic 20-20-20 rule that all experts recommend when using electronic devices. According to the rule, you should take a break from looking at the screen every 20 minutes and look at a distance of 20 feet for at least 20 seconds to keep your vision healthy.

Apart from this, experts from the Environmental Working Group advise that mobile phone users follow these safety measures:

1. Use a headset or speaker. Ensure that you take off the headset when not on a call.

2. Use texting instead of calling. Texting emits less radiation than calling.

3. Call when there’s a strong signal. Research in the past has proven that radiation exposure increases when the phone signal is weak. This may be because in such cases the phone needs to try hard to broadcast the signal.

4. Hold the phone away from your body when it is in use. The radiation absorbed by your head and body is greatly reduced even with a small increase in distance.

5. Avoid putting the phone in your pocket or under your pillow. Phones may emit strong radiation even when not in use. Even if you are using a headset, you can clip it to your belt.

ALSO READ: Woman goes blind in one eye due to mobile phone