Woman Shares What It’s Like to Live Without a Vagina Because of the narrow vaginal canal, sex isn’t always possible for women who have Rokittansky. And even if it were, it would be too painful for the woman.

At 14-years-old, Joanna Giannouli hadn’t yet gotten her period. Worried, her mother and she went to a hospital to have her examined. For some reason, the doctors were unwilling to fully examine her.

So it wasn’t until she was sixteen, two years later, when she finally went to the hospital to be properly examined.

That was when doctors diagnosed her with Rokitansky syndrome.

It is a genetic disorder that causes women to be born without a vagina or uterus. 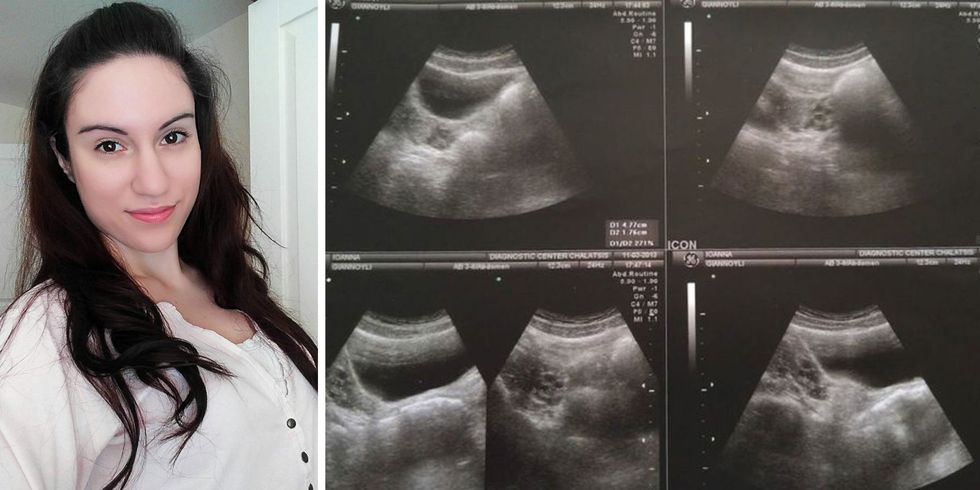 In a BBC story, she said “When we first saw the doctor, my father put on a brave face. My mother, on the other hand, didn’t take it so well.”

“We didn’t talk about it much for the first five years. I wasn’t able to talk about it. I felt destroyed and incredibly weak.

“My mother believes she may have done something wrong in her pregnancy. I’ve explained to her that she didn’t do anything wrong, it was just genes.”

Affecting about 1 in every 4,500 newborns, Rokitansky syndrome renders women without periods and by default barren, but they will still have pubic hairs, breasts, and external genitalia.

Because of the narrow vaginal canal, sex isn’t always possible for women who have Rokittansky. And even if it were, it would be too painful for the woman.

Life with it isn’t always easy.

In fact, when Joanna told his then-fiance about it, he broke off their engagement.

“That all belongs in the past and I am OK now,” she said. “For the past five years, fortunately, I have had a stable and loving relationship. He knew from the beginning that I have this condition and he chose to stay with me. He knows that maybe the future will be without children. He’s OK with it. I’m also OK with that.”

Because Joanna wasn’t born with a functional vagina, the doctors had to surgically make one for her.

“I stayed in a hospital for about two weeks,” she said. “Then I had to be about three months laying on a bed—I couldn’t get up. I did vaginal exercises in order to expand my new vaginal tunnel.”

Since being published in BBC, she and her story have attracted the attention of many.

In a Facebook post in which she talks about her newfound fame and the challenges she has faced with the condition, she lauded other women like her who are brave enough to openly talk about it.

“This syndrome puts a stigma on women and right now, it is a huge step for them in order to accept it and finally, be ok with it,” she said.

“Through my story, many women were able to find out more about their condition, also, I made sure that now they have someone to talk to, and I made them feel that they are not alone anymore, we have each other.”