Tough Love: Elva Hsiao Admits to Putting Too Much Pressure on Younger Boyfriend After He Vomits Blood

When one pukes blood, it's usually a sign of something serious.

Which was why Elva Hsiao was beside herself with worry when her 25-year-old boyfriend Justin Huang started coughing up blood one morning.

Huang was rushed to the hospital and underwent several tests, including an ultrasound and MRI scan, before the doctor determined that he was physically fine and his condition was probably caused by stress.

In a recent interview with Apple Daily Taiwan, 40-year-old Elva admitted that she puts a lot of pressure on her younger bae and has high expectations of him. She signed him up for acting and dance classes, and nags him to practise the piano every day.

However, she has learnt to loosen up a little as his health is the most important asset.

Apple Daily reported that when Huang was filming Chinese variety show Roast! with Elva earlier this year, he felt nervous to the point where his stomach hurt. Elva also discovered that he hid in the toilet to vomit and came out looking really pale.

But he assured her that he was fine. Thereafter, he would have an episode once in a while but he would be fine after resting for a day or two.

Elva recounted that on the fateful day, Huang's stomach was hurting so much that he was rolling on the floor and coughing up blood. She felt helpless and reflected on whether she was being too tough on him after learning of his diagnosis. 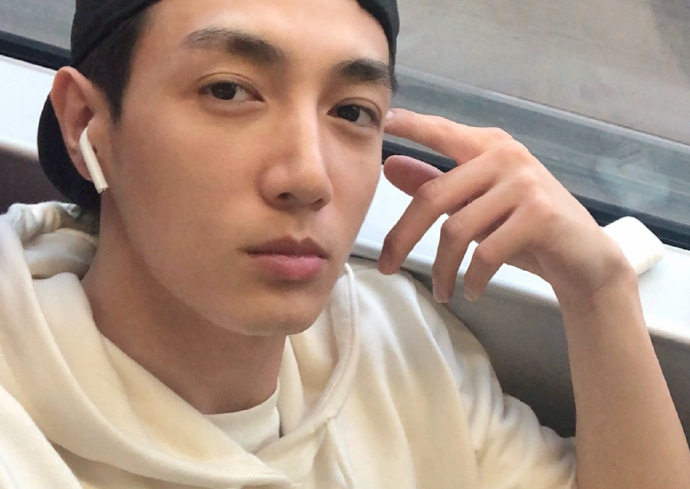 Yet, Apple Daily wrote that Huang's schedule is still packed after the incident. Aside from all the acting and dance classes, plus piano practice, Elva also found Wang Lee Hom's and Coco Lee's ex-physical trainer to train Huang in an effort to toughen his body and mind.

She's also lined up lessons on teaching her beau how to field media questions because it's an important skill in showbiz. Elva confessed that when she first debuted, her record company would get reporters to ask her tough questions as part of her training.

Elva told Apple Daily that this is all because she hopes Huang will do well in his showbiz career, admitting that her mother used to be harsher on her.

She said: "In the past, my mum was a lot harsher in training me. You can choose not to be in showbiz, but once you've made that choice, you have to do it well. My mum was a hundred times harder on me."

Lee Teng's Wife Returns to Taiwan to Give Birth, Wore a Protective Suit for Her Flight

Partner Stories
An expert’s view of the HFMD virus and how you can prevent it
What Food Should I Eat To Conceive A Baby Girl? Is There An Effective Diet?
National Day photo contest winners!
Fun and healthy school holiday activities