In an address to the nation on 23 June (Wednesday), Prime Minister Lee Hsien Loong announced that he has advised President Halimah Yacob to dissolve Parliament and issue the Writ of Election. The President has also agreed to have the Nomination Day on 30 June, with the minimum of nine days to campaign before Cooling-off Day on Cooling-off Day on 9 July. Polling Day will be on 10 July, which will be a public holiday.

As this year General Elections will take place amid Phase 2 of Singapore’s reopening after Circuit Breaker. The 2020 General Election (GE2020) will be unlike any from the past, given the COVID-19 pandemic we are currently in the midst of.

A child’s understanding of the General Elections

During this moment elections, candidates, voting, the new government are the pretty much what all the adult Singaporeans can talk about. Our children are taking it all in, but are they really understanding what General Elections is all about?

While our primary schoolers are still a long way away from being able to cast their first vote, it is not too early for them to learn about elections; how they can take part in the political process; and how politics impact their lives.

Understanding the electoral process can be complicated, even for adults, we have simplified into 7 simple facts for you to have on your fingertips to answer the what, when, why, where and how questions from your inquisitive and politically-aware primary school kiddos!

And just for extra measure, we have also included ideas on how you can involve them in this year’s election!

#1: What is the Parliament?

Our Parliament is a single house and has three types of Members of Parliament (MPs). They are (i) elected MPs; (ii) Non-Constituency MPs; and (iii) Nominated MPs.

Elected MPs form the bulk and are elected at an election on a one-man-one-vote system based on a simple majority.

Constituencies in Singapore are electoral divisions which may be represented by single or multiple seats in the Parliament of Singapore. Constituencies are classified as either Single Member Constituencies (SMCs) or Group Representation Constituencies (GRCs). Each SMC elects 1 MP while each GRC elects between 4 to 6 MPs. Within the GRC MPs, one member must be from the Malay, Indian or Other Minority Communities.

The rationale behind this was to ensure that the minority groups are represented in Parliament. Examples of SMCs this year include Fengshan, Hougang and Potong Pasir while examples of GRCs are Ang Mo Kio, Marine Parade and Aljunied.

If your kids love maps, you may wish to show them a map of electoral divisions using the link below: https://www.eld.gov.sg/elections_map_electoral.html

Any person who is a citizen of Singapore (holder of a pink IC); ordinarily resident in Singapore; is over 21 years of age, and has his/her name included in the register of electors is entitled to vote.

Here is how you can involve your child: Get him to make a list of all members of your family. Now ask him to put on ages next to everyone names. He will see that Mum, dad, grandma and granddad get to vote, but he and his siblings don’t. You can get him to add in the number of years before he and his brothers and sisters get to be 21 – that would be the year that they would get to vote. He can see how long he has to wait!

Alright, here he may have a question about why your Amah (domestic helper), despite being over 21, will not be voting. This is where you need to talk to him about citizenship. Tell him even though she is an adult residing in Singapore because she is not a Singaporean. Relating these aspects of election to everyday life will help your child better understand and connect with the political process.

#4: What happens on nomination day?

On Nomination Day, candidates need to present their nomination papers and certificates at the nomination centre.

Where more than 1 candidate (SMC) or more that 1 group of candidates (GRC) are nominated, a poll will be taken on Polling Day.

If your child happens to be attending one of these primary schools, it will be interesting to chat with them about what they saw on nomination day or how the schools have been preparing for this day.

Electoral processes can be complicated. Be patient with your child and find ways in which to make this conversation interesting and relevant.

#5: How is campaigning done?

No candidate is allowed to advertise over media such as television, newspapers, or magazines. However, candidates may be given air-time by the television stations.

Your kids’ first encounter with these campaigning efforts could be when their favourite tv time is rudely interrupted by the air-time given to candidates! They may get frustrated as a result.

Do take time and effort to explain to the kids about the importance of hearing from these candidates so we understand the issues of concern and the ideas represented by the various parties contesting for our mandate.

Cooling-Off Day is designated as the eve of Polling Day. It is a day when election campaigning is disallowed. This silence period is to give voters some time to reflect calmly on issues raised during the campaigning period before going to the polls. 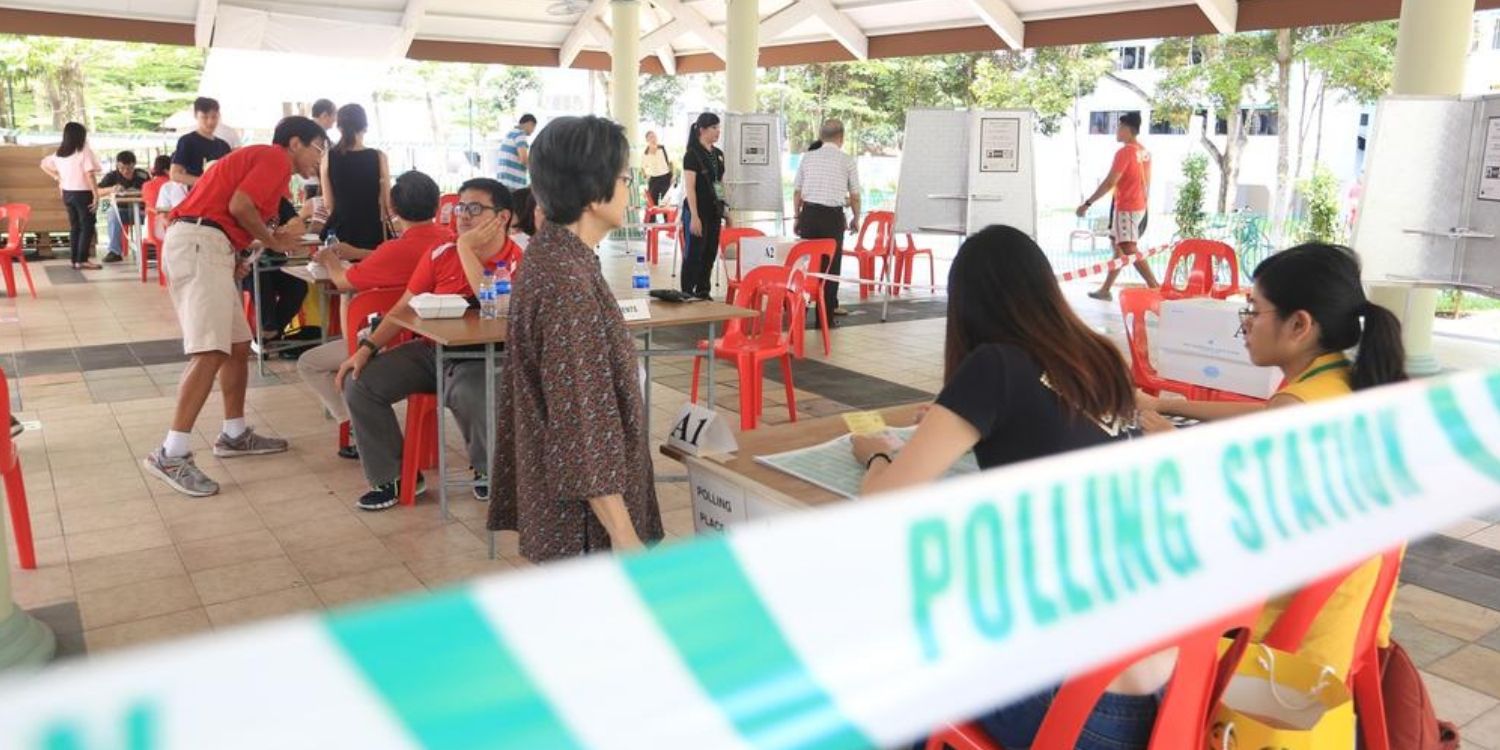 Well before Polling Day, we will receive a poll card mailed to our latest NRIC address. You may show your child the poll card and keep it away in a safe place together with him/her. This will demonstrate to our kids that voting is sacred and we should handle the documents concerning it with care and due diligence.

On Polling Day, we go to our allocated polling stations to cast our votes any time between 8:00 a.m. and 8:00 p.m. You may consider bringing your upper primary child along to the polling centre. Even though they will not be allowed into the voting premise, they will still be able to gain experiential learning of how voting is secret and how the ambience at the polling station is sombre. This is one place where no selfies will be allowed!

Children are our future. They need to understand and appreciate the processes that go into forming a government, and the importance of exercising their vote.

Some people may tell our children that individual votes don’t matter much, that one individual cannot effect change.

Remind them that if everybody thinks their one vote is insignificant, it adds up to a lot of voices unheard. Teach our children that voting is an act of love for our country.

It is a way to show we are concerned for her. If we as Singaporeans do not love her, who will?

Will you be talking to your primary schooler about elections? Tell us how, in the comments section below.