Parents, please be aware of the symptoms of this deadly condition.

Rare neurological diseases don’t happen often, but when they do, the results can be devastating. What’s even more concerning is that sometimes, their symptoms are masked by symptoms of common illnesses, like the flu.

Recently, a two-year-old girl in Australia fell victim to one of many rare neurological disorders that is normally masked by a “common virus infection”. The little one is now battling for her life in the ICU.

Here’s what happened – and a short guide on the rare neurological disorder in question.

It Started with Normal Flu Symptoms…

Two-year-old Paige was a normal, bright playful toddler, until one fateful day in August 2018.

On 7 August, Paige developed mild flu symptoms and a slight fever. Her parents didn’t think much of it… until they noticed she was trembling.

The little girl’s mummy, Jess, suspected something was terribly wrong and rushed her daughter to hospital.

According to Jess, “While driving there she was in and out, like falling asleep. Then once we got to the hospital she vomited and it was very scary waiting for the nurses in emergency.”

After arriving at Moree Hospital, Paige underwent a series of transfers, eventually being admitted to Randwick Children’s Hospital ICU the next day.

The disease usually occurs after a virus infects the body. According to ANE International, “Typically, influenza is the leading trigger, followed by HSV6 and other viruses such as coxsackie and enteroviruses.” 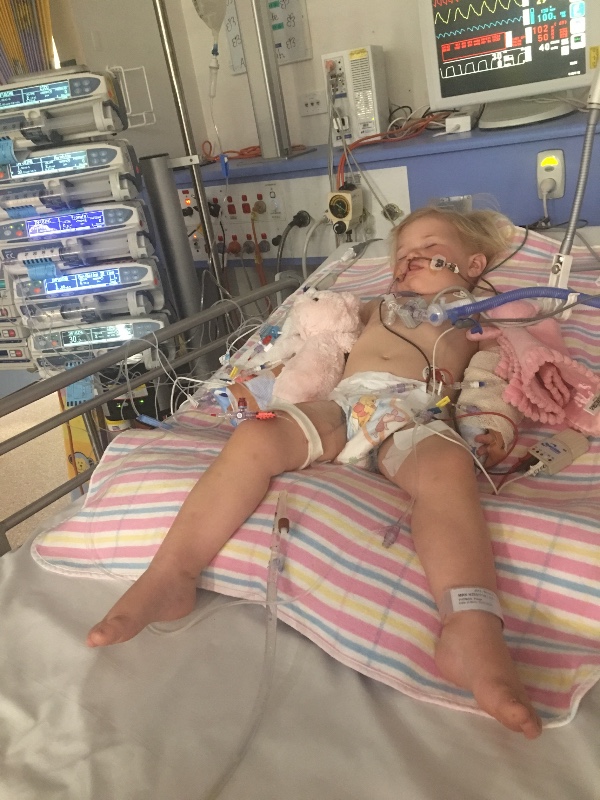 Thankfully, Paige seems to be recovering. According to Jess “Paige is progressing each day slowly but she is a warrior. With ANE, the prognosis is unsure with the seriousness of the brain injury but taking each day as it comes but she is a little fighter.”

While this is a rare disease, it can still happen to a child easily, as showcased by what happened to little Paige.

What are its symptoms?

How do doctors diagnose ANE?

Doctors can make a confirmed diagnosis on the following grounds:

For now, more research is needed to effectively treat ANE, so there are no exact guidelines have been set. Treatment usually includes:

Too much screen time damages the brains of young children