What You Should Know About Premature Rupture of Membranes What happens when your water bag unexpectedly breaks before you're ready for labour? Learn more about this condition here.

The water bag must eventually break before a baby is born. Perhaps this occurs at the last second, in which case the doctor who is scheduled to deliver the baby is hit by a big burst of water.

However, the water may rupture more frequently during the first stage of labour, during active labour, or even on purpose by the OB-gynaecologist during labour.

There are instances where the water bursts with no indication of labour.

The pregnancy is considered in term if it has advanced through the 37th week, therefore this circumstance often is not a reason for alarm.

The phrase “preterm premature rupture of membranes” is used when the water breaks without any indication of labour and the gestational age is less than 37 weeks (PPROM).

Depending on how far along the pregnancy is, this could either be a minor issue or a terrible and potentially fatal circumstance. Your risk of infection increases once the sac ruptures. A premature birth for your child is also more likely.

A woman is typically deemed ready to give birth once her 37th week of pregnancy has begun, suggesting the baby is fully formed and should do well after birth. Even if labour needs to be medically induced at this stage, the baby should be on its way soon if her water breaks at this point.

PROM doesn’t pose a particularly perilous circumstance; in fact, 8 to 10 per cent of pregnancies involve it.

What happens if the mother’s water breaks at 19 weeks?

You might remain in the hospital until delivery. The risks and benefits of carrying the pregnancy to term will be discussed with you by the doctor if your water breaks before 23 weeks. Infants born with such an early water break have a reduced probability of surviving. The likelihood of those who do experience physical or mental disabilities is higher.

What Causes Premature Rupture of Membranes?

A natural thinning of the membranes or the force of contractions may result in membrane rupture close to the end of pregnancy (term). PPROM before term is frequently brought on by a uterine infection. The following are other variables that could be connected to PROM:

Is premature rupture of membranes a concern?

One-third or more preterm births may be complicated by PROM. The baby is very certainly going to be born within a few days of the membrane rupturing, which is a big risk factor for PPROM.

A significant infection of the placental tissues known as chorioamnionitis, which can be highly harmful to both mother and child, is another important risk associated with PROM.

The most typical signs of PROM are listed below. However, each woman may have a unique set of symptoms. Some signs could be:

Call your doctor as soon as you can if you experience any PROM symptoms. The signs of PROM may resemble those of other illnesses. For a diagnosis, speak with your doctor.

PROM can be diagnosed in a number of methods, in addition to a thorough medical history and physical examination, such as the following: 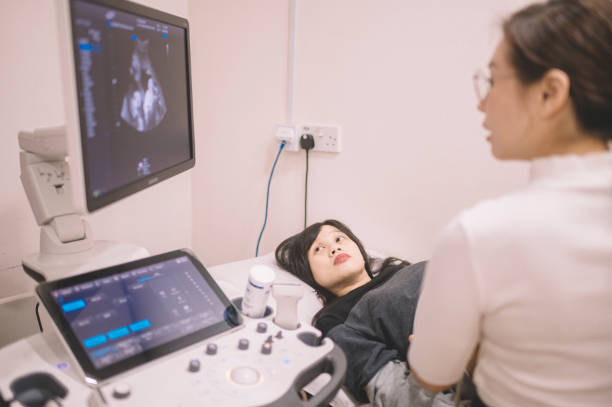 Your doctor will choose a specific PROM treatment plan based on:

Premature membrane rupture may be treated with:

If stable, women with PPROM often give birth at around 34 weeks. Early delivery would be required if there were indications of abruption, chorioamnionitis, or foetal compromise.)

Is There a Way To Prevent Premature Rupture of Membranes?

Regrettably, PROM cannot be purposefully avoided. Mothers should give up smoking as soon as they can because this ailment does have a strong connection to it.

If you have any concerns about your pregnancy and what to expect on the days leading to your due date, do not hesitate to consult your OB-gynaecologist.