Itchy Rash on the Belly in Your Last Trimester? It Could Be PUPPP!

The third trimester prepares you for the life of a new mum. Your growing baby is snuggling inside you, and lets you know what he likes by jumping and kicking! As your belly grows bigger and your delivery date nears, you might notice some strange new pregnancy woes. One of these is a very itchy, very red rash on your belly.

This rash is known as the polymorphic eruption of pregnancy, commonly referred to as PUPPP (Pruritic Urticarial Papules and Plaques of Pregnancy).

What is it exactly and why do you get it? Let’s learn more about polymorphic eruption of pregnancy treatment and its causes in this article. I will also tell my own story towards the end of the article, so please read till the end.

Is there any polymorphic eruption of pregnancy treatment? | Image source: file photo

This polymorphic rash appears in different forms. It could be red dots, spots, or even patches. The cause of PUPPP is not exactly known, though there are a few theories about why it occurs. But before that, let’s see what this rash is all about and how frequent it is.

Other names for the condition are:

PUPPP frequently resembles flesh-coloured, pink, or black pimples, or legions of raised, bumpy skin. PUPPP can seem pink or red on people with light complexion, but it can also be skin-toned or darker on people with darker skin.

Around the rash, blisters might sometimes develop. Once in the stomach, these plaques can then move to the:

Typically, the rash won’t rise above your breasts.

PUPPP rashes are frequently quite irritating, especially at night. It could interfere with your ability to get a decent night’s sleep in addition to your expanding tummy.

What Causes Polymorphic Eruption of Pregnancy?

Polymorphic Eruption of Pregnancy or PUPPP looks like a manifestation of an allergic reaction, so to say. However, the exact cause is not established. There are two main theories about what causes it.

It occurs in the late third trimester when the baby is growing rapidly in size. The stretching of the tummy may cause a reaction to the skin, causing a rash.

Meanwhile, the second theory is that a tiny amount of foetal cells enter the mother’s blood circulation and they might cause an allergic reaction.

Usually, the third trimester of pregnancy is when the PUPPP rash first appears. Especially in the latter five weeks of pregnancy, your baby’s growth pace is quite quick.

Pregnancies with multiples and first pregnancies, when the skin expands the most, are when it happens most frequently.

Sometimes during pregnancy, your skin stretches more quickly than your skin cells can keep up with. Stretch marks could develop as a result of this. The PUPPP rash, which can appear in stretch marks at the belly button, only makes matters worse.

PUPPP typically starts on the abdomen and quickly spreads to the extremities.

The stretch marks develop little, pink patches that resemble pimples as the rash develops. They resemble hives very much. The rash may eventually begin to coalesce into big, crimson plaque-like patches.

PUPPP Rash: How Is It Diagnosed?

By inspecting your skin and symptoms, a doctor can determine whether you have a PUPPP rash. The majority of the time, a PUPPP rash can be identified with a physical inspection of the skin. To rule out further infections, though, your doctor might prescribe some testing. They consist of:

PUPPP and Gender of the Baby

The most widely accepted idea regarding PUPPP is that excessive stretching of the connective tissue of the skin results in inflammation of the skin, which creates a rash. Experts have not yet identified an exact aetiology for PUPPP. Due to this, PUPPP tends to occur more frequently in first-time mothers or women who are pregnant with several children.

Additionally, there have been reports of familial correlations, so if any women in your family have already experienced PUPPP, you could be at risk.

Your baby’s gender can also be important. Some specialists argue that PUPPP is caused by hormones from the male foetus because around 70 per cent of women with PUPPP are expecting boys.

PUPP Rask During Pregnancy: Is There A Prevention?

PUPPP cannot, unfortunately, be avoided. PUPPP is something you’re going to get eventually. But try to keep in mind that it’s only momentary and will go away as soon as your child is born.

However, there are ways to prevent PUPPP from worsening:

Treatment for Polymorphic Eruption of Pregnancy

Polymorphic eruption of pregnancy treatment is mostly symptomatic. The itch is horrible, so it can affect everything.

There are treatments for PUPPP, but the best one for you will depend on how you feel. Try:

Luckily, emollients and topical steroidal creams are highly effective in controlling the rash. Emollients should be used frequently since they keep moisture in the skin and stop it from evaporating.

The rash is going to disappear almost immediately after delivery. And, it does not affect the baby. If it does, it is in a very mild form of rash that disappears within the first few weeks.

These medications have the power to alleviate itching, but always see your doctor before using them.

Diphenhydramine (Benadryl) and cetirizine are two examples of drugs that are typically regarded to be safe to take during pregnancy (Zyrtec). More research has been done on these drugs than on other antihistamines.

The itching brought on by the rash might be lessened by taking oatmeal or baking soda bath.

A cool, damp compress could be beneficial. When you can, try to refrain from scratching the rash, even if it can be difficult. This will probably only exacerbate the symptoms of the rash.

These creams are applied to soothe irritation and stop the rash from spreading. They function to lessen inflammation and stop the body’s immunological reaction. Your healthcare provider will probably advise switching to lower-strength corticosteroids once the rash has been controlled.

A doctor may occasionally recommend an oral steroid to treat the condition’s pain and itching. But these are often only given to women who are suffering from the condition’s extremely uncomfortable and itchy symptoms.

The use of oral steroids is often discouraged during pregnancy. If your itching is so bad that you need to take those kinds of medications and you’re getting close to your delivery date, your doctor might think about inducing labour.

Consult your doctor or dermatologist about drugs or anti-itching treatments if the itching becomes intolerable. While some topical steroids are approved for use during pregnancy, they must be applied in tiny doses and under close physician supervision.

The good news is that the issue frequently goes away after delivery and is not always present in subsequent pregnancies.

You do not have to undergo a C-section, and you will not have any problems with breastfeeding. There is no need for any sort of special monitoring as well.

Foods To Avoid With PUPPP Rash

Although there isn’t a formal study on the subject, it is believed that because many women report greater skin integrity after giving up dairy, specific components in dairy and high-acidity meals may exacerbate PUPPP.

What You Should Consume When You Have PUPPP

Make a cup of nettle leaf or dandelion root tea for an inside-out PUPPP therapy. Both of these teas have a reputation for providing relief to pregnant women who are suffering from this bothersome rash.

While the tea works, take a chance to unwind and forget about the scratching. 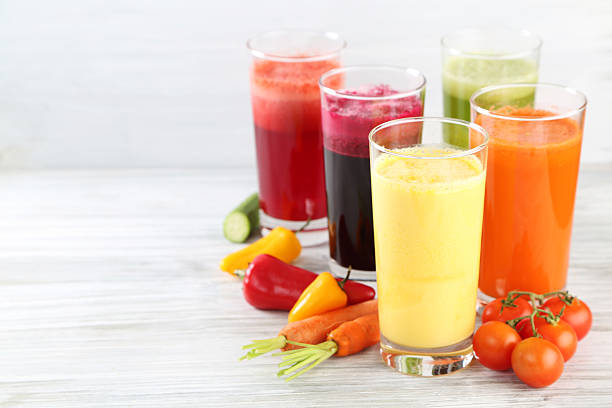 Drinking vegetable juice a few times a day will aid in your body’s detoxification process and provide your growing baby with tons of fantastic nutrients. To keep things basic and straightforward, make your own veggie juice using the fruits and veggies you want or purchase a readymade veggie juice.

It was June 2016. My wife was pregnant with our son. One morning, while taking a bath, she noticed some sort of a rash on her tummy. She was almost 34 weeks pregnant. Both of us are doctors, but we were very very scared. Because, a) rashes in pregnancy are scary, and b) as doctors, we know a little too much!

We got in touch with our obstetrician, who is a lovely lady working at the NUH. She then referred us to a dermatologist, who is, again, a very experienced doctor. We walked into his clinic and sat down with sufficient anxiety.

My wife was super itchy. Every minute was killing us. We knew that it was PUPPP in all probability, but we needed confirmation. Both of us were praying, “Please God, let this not be something else.”

One look at it and he confirmed the diagnosis. He prescribed a lotion to apply to the belly, and it took away most of the itch. My wife was itchy most of the time, but the lotion helped a lot. In her own words, she would have given up anything just to make the itch go away!

And then, our son was born, and the rash disappeared. We got busy exploring parenthood, and it was unlike anything we were prepared for! So, mums, I know what you are going through. I promise you, it will pass. Just see your doctor and get the rash checked.

Because soon, as the little one arrives, your life is going to change forever and polymorphic eruption of pregnancy treatment is not going to be on your mind anymore!