Neither of Us Could Have Children, But It Didn't Stop Us Making a Baby

After breaking up with her long-term boyfriend at the age of 33, Jo decided she wanted to have a baby on her own.

Having been diagnosed with endometriosis, she knew the journey to motherhood was not going to be a smooth one.

Jo commenced IVF in April of 2016. After one cancelled cycle, one attempt at egg freezing that resulted in no eggs, then a third attempt where just one egg was frozen, Jo considered sperm donation.

She had surgery to treat her endometriosis and then had two rounds of IUI (intrauterine insemination) using donated eggs. Then she met John in December of that year. 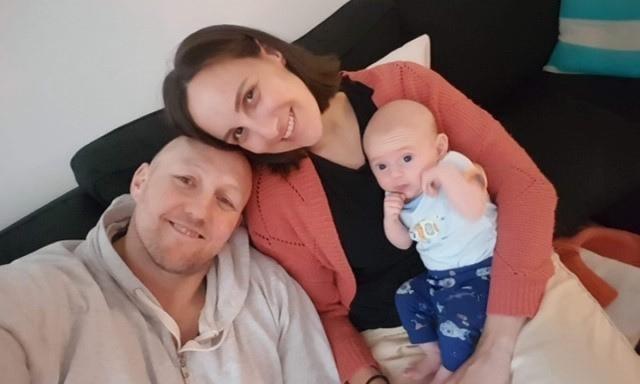 “I was reluctant to go on a date”

“I met John online,” Jo told Kidspot. “I had an account with an online dating website that I never used and on the day before my membership was due to expire, I had a look.”

“I was reluctant to go on a date with John as I simply didn’t want to find myself in another relationship that might end while I was doing IVF.

“I was on a break from IVF but I was quite determined to start back again and keep chasing my dream and not let anything get in the way of that.

“But when I met John and started to get to know him, I realised he was different to any other guy I had met – he was open-minded, understanding, patient, empathetic, accepting – and wasn’t at all scared off by my situation and plans.”

One month into the relationship, Jo told John of her intentions to continue trying for a baby.

“I told John about the IVF and that I would be continuing on with it using donor sperm,” she said, and John was nothing but supportive. Luke was well worth the wait! | Image: Supplied.

The following year saw Jo attempting four more cycles of either IUI or IVF and John began the process of getting his own fertility assessed.

In November of that year, John was told he was infertile.

“John has a rare genetic condition called Micro-deletion Y chromosome,” Jo explained. “There are different degrees of this but in John’s case he has a complete lack of sperm (azoospermia), which means his body hasn’t ever and won’t ever produce sperm. This means he is unable to have children (in a genetic sense).”

Jo and John then decided to see out their remaining three sperm donor vials with her own eggs, all of which did not result in pregnancy, bringing the couple to one of their lowest points in the process.

“I think when I came to the end of using all of the donor sperm, it was one of the lowest points, as those were the last attempts trying with my own eggs, too,” Jo said. 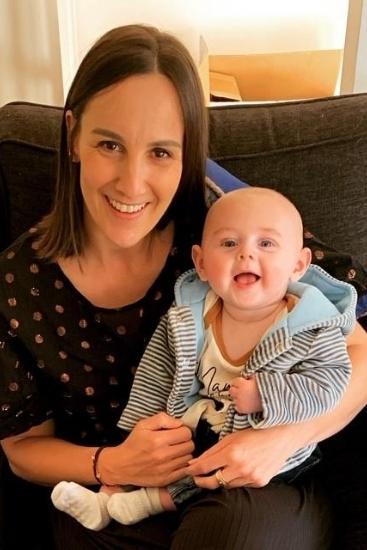 A new glimmer of hope

“My specialist at the time advised me that embryo donation would be something we would have to consider,” Jo said, adding separate egg and sperm donors were also mentioned to her.

“Our initial reaction was thinking that it wouldn’t need to be an option, that it would absolutely be the last resort that we wouldn’t need as I thought my attempts using my own eggs with the donor would work. When this came to an end and embryo donation became the next step in the process, I accepted it more.”

It was then that a friend reached out with some help that provided a new glimmer of hope.

“A friend found embryo donors and connected us,” Jo said.

Jo and John met with the donors and the following month, six frozen embryos arrived at their fertility clinic.

The second embryo transfer was successful and the couple welcomed baby Luke in December of 2019, almost three years after Jo began trying for a baby. 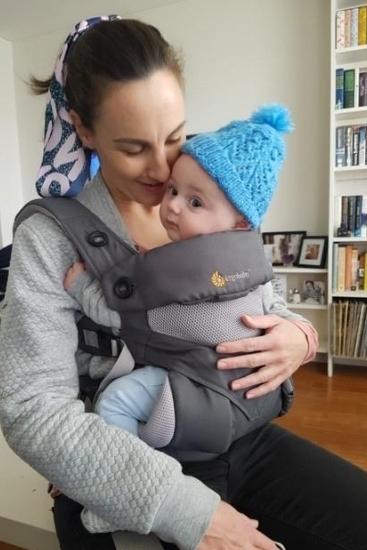 “I never wanted to give up”

Despite the ups and downs and physical toll it has had on Jo, and the emotional toll trying to conceive had on them both, they never wanted to stop trying.

“I never reached a point where I wanted to give up,” Jo said. “I always had hope, or was looking to my next option.”

“I certainly feared that the day might come when I had to decide to stop trying – accept what was and try to move on – but I wanted to experience motherhood so much that I kept reminding myself that all this hard work to get there would be worth it.”

Jo credits a wide range of people for helping them through the toughest times.

“I had a great support network,” Jo said, “including our health fund and John’s employer, Teacher’s Health. They offered counselling and sound financial advice and information – that helped me to keep going.”

“My advice to anyone in a similar situation would be to look into all your options – decide what you feel comfortable doing and know when you’re exhausted and need to take a break mentally and physically. If you still have hope, you still often have the energy to try again.”

6 Symptoms of Endometriosis You Shouldn’t Ignore

Can You Get Pregnant After Endometriosis Treatment?

Singapore Mum: “I Can’t Have Sex But IVF Helped Me Give Birth”