"I worry about what school will be like for her with this condition. Will she struggle to make friends because of it? Will kids think she's contagious? All these thoughts race through my head."

“I worry about what school will be like for her with this condition. Will she struggle to make friends because of it? Will kids think she’s contagious? All these thoughts race through my head.” A mum shares about her little one who has cyclic vomiting syndrome.

When Maisie was a tiny baby, she vomited a lot. One day when she was six months old, she started vomiting and gagging almost non-stop. It was nothing like when a tiny baby normally vomits. That morning she’d been fine, but as each half-hour passed, she got worse and worse. Then Maisie fell asleep, and I couldn’t wake her up. It all happened so quickly, I was terrified for her, so I called an ambulance. I’ll never ever forget that day.

When the ambulance arrived, the paramedics said she’d be OK, as she’d woken up, but then she was still so sick. So, I bundled her up and drove her myself to the emergency department and she was admitted for a couple of nights. They couldn’t get any fluid into her

…she was so floppy and unresponsive. They put a nasogastric tube in to rehydrate her. The doctors thought it might have been a viral infection.

I started keeping a diary every time she was sick, to try and work out what was triggering it. We went to three different paediatricians – one said maybe she will grow out if it, another thought it was reflux, no one could give me any answers. The situation felt hopeless.

She’s had 12 hospital admissions and 20 visits to the emergency department. Each vomiting episode is different – it’s a bit like riding a wave, you just have to go with the flow. The longest she’s gone without an episode is two months – then there would be a glimmer of hope and I’d think, maybe she has grown out of it.

But then a few weeks ago she vomited constantly all day for five days in a row, sometimes 20 times a day. There are times where she vomits, vomits, vomits, then she’s fine for 10 minutes, then vomits, vomits, vomits and she’s OK for 20 minutes. As soon as she gets dehydrated the situation just gets so much worse, so I have to try to keep her well hydrated even when she’s throwing up. 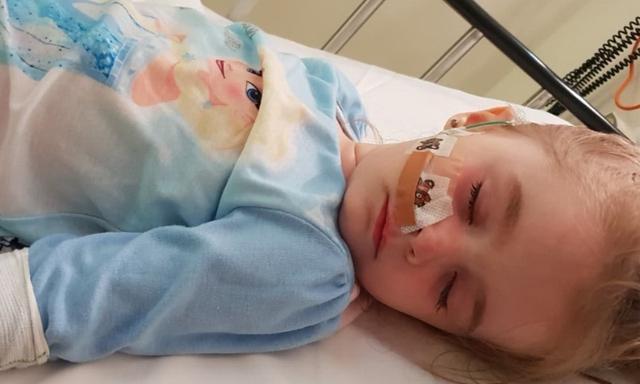 Sometimes she’ll vomit up to 20 times a day. Image: supplied.

“I try to keep her comfortable”

Sometimes she vomits so much I have to change her clothes up to 10 times a day. When she’s sick, I try to keep her as comfortable as I can. I strip my bed and cover it in towels to protect the mattress, I have a linen cupboard full of towels and even then, sometimes I run out.

She gets a very sore belly and constantly complains of cramps in her belly and back. She’s in so much pain when she’s having an episode, she just wants to lay down but I have to sit her up so she isn’t laying in her own vomit or choking on it.

Finally, six months ago, when Maisie was two-and-a-half, she was diagnosed with Cyclic Vomiting Syndrome (CVS). I’d never heard of it. I thought, “Oh my god, what’s going on, my little girl has a syndrome I know nothing about.”

The whole time this had been going on, I wanted answers. I wasn’t stopping until I had an answer – and now I did. My GP also helped me push for an answer – she’d been getting reports back from the paediatricians and wasn’t happy with them so she started doing her own investigations. 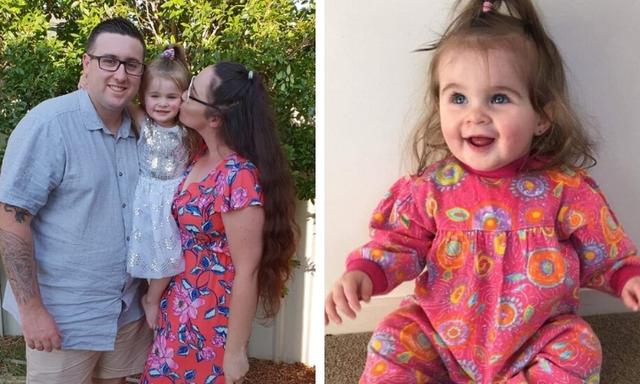 She was diagnosed with cyclic vomiting syndrome. Image: supplied

She may grow out of it…

…but the chances are slim to none. When she reaches her twenties, it will stop being what they call an ‘abdominal migraine’ and become a normal migraine, the vomiting might stop, but the cramping and pain won’t. I started thinking about what school would be like for her if she vomits constantly. Kids might think she’s contagious. Will she struggle to make friends because of this? All these thoughts were racing through my head. It was so overwhelming.

Now she is getting more aware, and we are discovering more about her triggers. Certain foods like cheese and chocolate make her vomit, so she has to avoid them.  If she gets an ear infection she vomits, if she gets a cold she vomits, she’s never ever been sick with just a runny nose, we always have to deal with the CVS on top of that. If Maisie gets upset, or even really excited about something in a good way, she vomits. It’s hard to keep a three-year-old calm, she gets excited about a lot of things.

Now that we have a diagnosis, she has been given anti-nausea medication. It blocks the messages from the stomach to the brain, sometimes it works, and at other times it doesn’t. But even if the vomiting stops, she is still in pain. We are now looking at other medications that hopefully might help.

Maisie has a big personality – the things she comes out with sometimes, she’s funny, one of a kind and is the sweetest little girl, despite the challenges she faces with CVS. I love being a mum – it’s all I ever wanted to be, I try hard to be a good mum, I want her to grow up and know that I did the very best I could for her.

Spots and Skin Rashes in Kids: What They Are, What Do They Mean and When To Worry

A Guide to the Financial, Social, and Emotional Support Available to Families Of Children With Special Needs