Childhood cancer is possibly the worst kind of disease to affect our little ones. Our hearts break when we read cases of kids suffering from cancer. This story highlights possibly one of the youngest victims of childhood cancer – a tiny newborn just 14 days old.

Now, her mum is sharing how she blames herself for “giving” her baby cancer while she was still in the womb.

She Was Diagnosed with Childhood Cancer at Only 14 Days Old

One of the first symptoms in the newborn that indicated something was wrong was a rash. Doctors initially thought that her rashes were caused by an allergic reaction. However, the results of a blood test showed that it was in fact, leukaemia.

Brandy Sisneros, her mother, shares, “We assumed she developed it in the womb, as she had the bumps when she was born. So we are assuming she had it while I was pregnant.

“They don’t know how she got it. No one knows why it happened… it is just one of those things,” she continues.

Brandy added that she felt guilty when she found out that her daughter had leukaemia. “Maybe it was something, a chemical I was using. Once you’re pregnant everything you expose to yourself, you expose to a baby.”

Her daughter was born normally, and there were no signs of childhood cancer right away. However, she started to develop small spots and bumps on her skin.

“Then, about five days afterwards, she got these blisters. They were kind of like chickenpox. They were bruise-coloured. And a few of them started coming from underneath the skin to above the skin,” Brandy shares.

Eventually, doctors had to treat little Annaleise with chemotherapy, which was very difficult for her and her family. At one point, she was under the risk of losing her toes or a leg because of the fluids they pumped in her. The tiny baby also lost her hair. 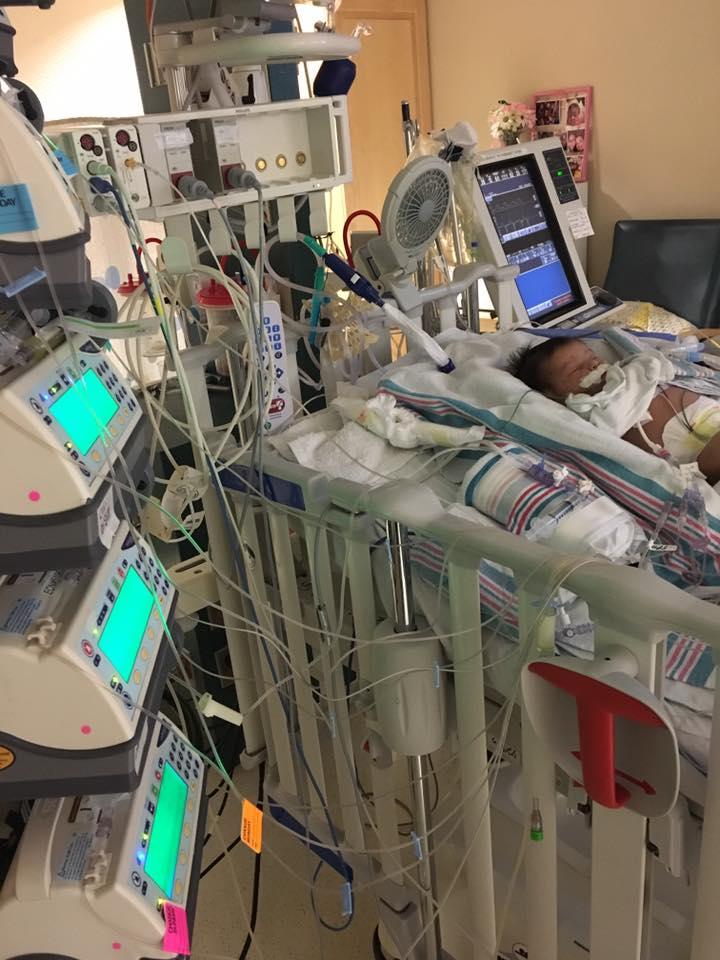 “Now she is back home and we are so proud of her,” Brandy said. “During chemo, they gave her medicine to keep her comfortable – she wasn’t strong enough to take a bottle. It took a toll on her; you could tell when she wasn’t feeling good.”

“But, even during the worst periods, didn’t really cry. She’s a superstar.”

Childhood Cancer: Should You Be Worried?

Childhood cancer is rare, and what happened in Annaleise’s case doesn’t commonly happen to newborns. What’s worrisome is that mums and dads won’t always know if their child will be safe from cancer, since it’s not yet known what causes cancer in children.

Still, it’s important for parents to know the risk factors of childhood cancer.

Whatever the cause, it’s important for parents to always consult their child’s doctor if they think that their child might be ill. It’s always best to err on the side of caution when it comes to your child’s health.

READ: Signs of leukemia in children