Mum says this after using a birth control implant, "For those of you interested in the birth control bar that goes in your arm nexplanon. DO NOT GET IT!!

Mummies who are thinking of using an implant for birth control, please take note. This mummy used the birth control implant “Nexplanon” and found that it did more harm than good.

She took to Facebook to highlight what went wrong…

Birth control implant Nexplanon is a small, thin, flexible tube about 4 cm long. It is implanted under the skin of your upper arm by a doctor or nurse and usually lasts for three years.

For Kelly, not only were the side effects bad, doctors were unable to locate the tube and get it out of her arm, even after X-rays and ultrasounds!

She writes about the ordeal she went through last year, “For those of you interested in the birth control bar that goes in your arm nexplanon. DO NOT GET IT!! Not only has it made me literally crazy…”

“They can’t even find it to get it out of my arm!”

“I sat in a chair while 3 doctors/nurses dug in my arm searching for it for over an hour. After an X-ray and more digging to come up empty-handed still, I am now left with it still in my arm, stitches, swollen and bruised arm along with another appointment to have it surgically removed!” 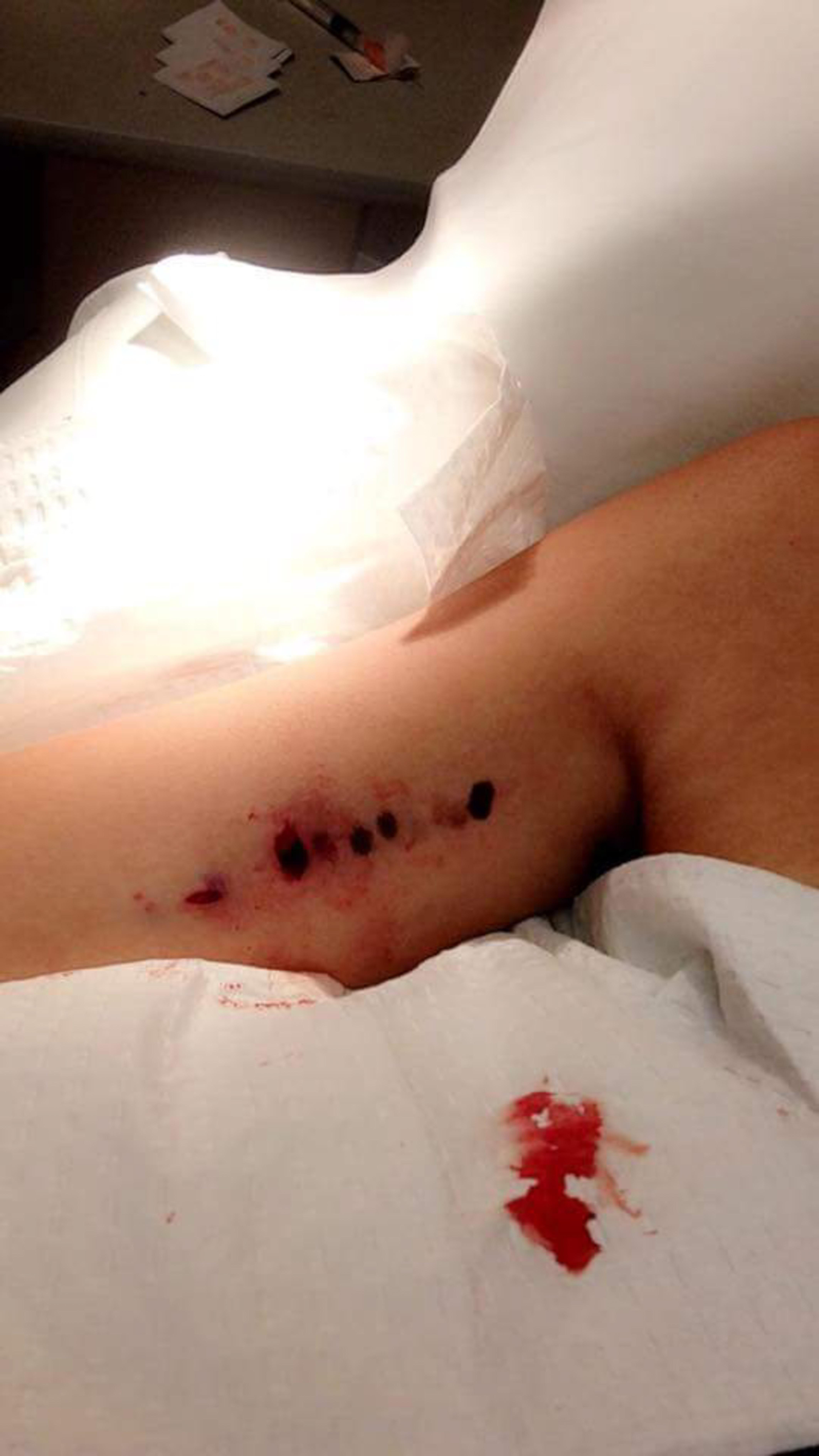 She also reveals some of the side effects she endured with Nexplanon, “The side effects of this birth control include depression and mood swings and let me tell you what I thought I’ve been going insane this whole time! DO NOT GET THIS BIRTH CONTROL!”

After more struggle, she finally managed to get it out. “After it healed from the stitches and my arm wasn’t sore and bruised anymore I went to my OB office to have a guided ultrasound done while they removed it.”

“Without the ultrasound she felt my arm for the bar and made a slice where she thought the end of it was and couldn’t find it so she made another slice up a little higher and found it but couldn’t get it out of the slice she made so she had to cut an even bigger hole in my arm.” 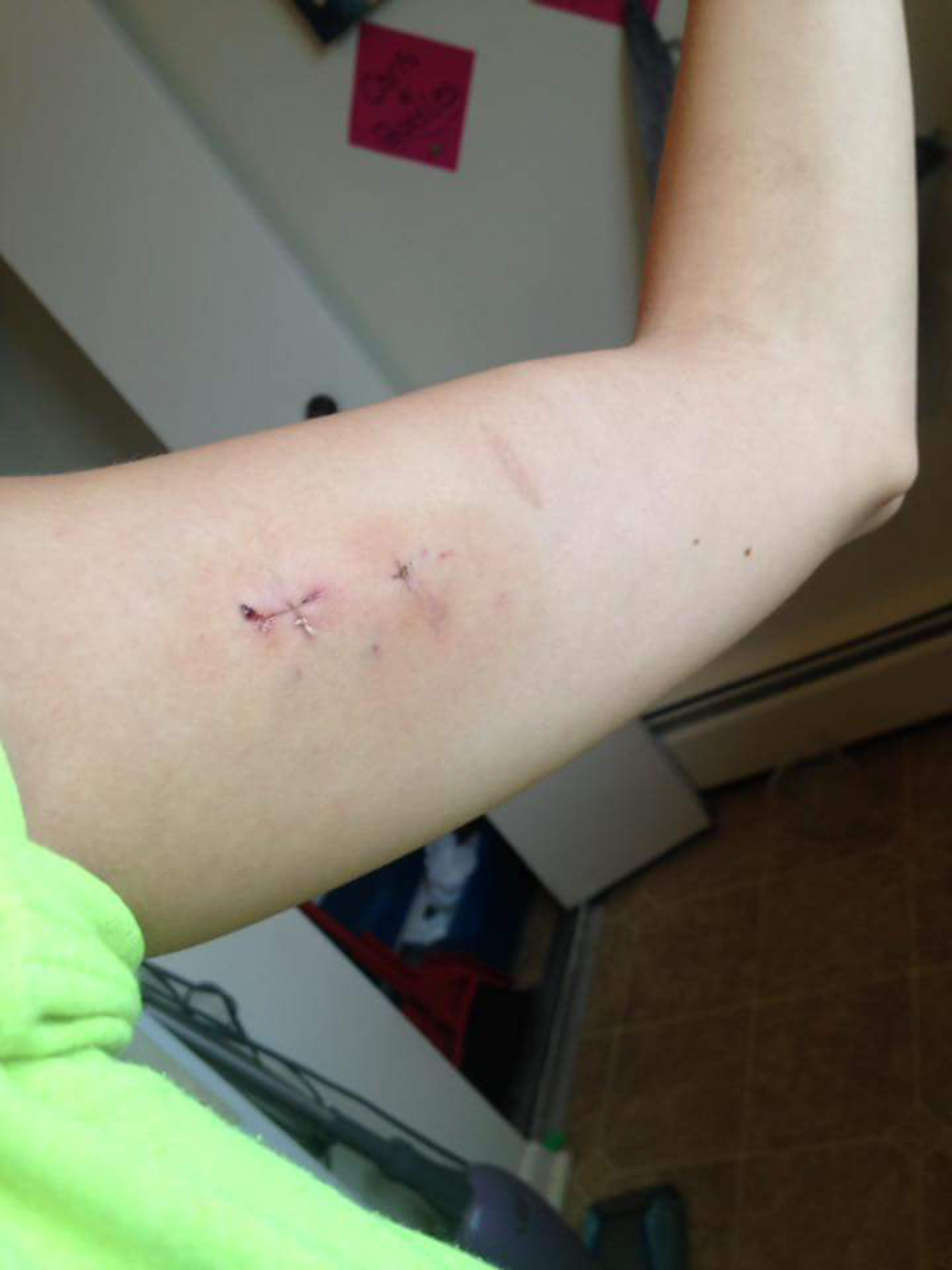 Kelly has been left with scars on her upper arm after the two procedures. | Image source: Facebook/Kelly King

“The end result was I finally got it out and in the process of her removing it she bent it in half. This took place in February 2017.”

This mummy wants to warn other women about the possibility of the implant changing its position, and of the side effects being bad.

Apparently, many mums also share her sentiment, “My post wasn’t just to warn girls that it could migrate but the fact of the side effects being so bad I thought I was going crazy. I’ve had Multiple women send me messages telling me they thought they we’re going crazy too.”

Nexplanon works by stopping the release of an egg from the ovary by slowly releasing the hormone progestogen into your body.

Progestogen is similar to the natural hormone progesterone, which is released by a woman’s ovaries during her period.

The continuous release of progestogen:

The main advantages of the birth control implant are:

Bleeding patterns though may settle down after the first year.