Actor Christopher Lee Says Everything He Did Was to Make Money

"I've worked in a warehouse, I've sold pork, and I've been a waiter, and they're considered working-class jobs so the feeling is close to my heart."

As one of local television’s Ah Ge (big brother in Mandarin) who has successfully made his mark outside of Singapore, one might think that Malaysia-born Actor Christopher Lee had lofty dreams about being an artiste.

In reality, his desires were much simpler and more straightforward — he simply wanted to make money.

Speaking to regional media yesterday (April 28) though a video conference about his upcoming HBO Asia Original drama series Workers, Christopher, 48, candidly admitted that he was not that different from the characters in the show during his younger days and money was his motivation.

He plays Ming Qi, a Taiwanese ironworker who comes up with get-rich-quick schemes in order to provide his family with a good life and is often regarded as a daydreamer. The series also stars Taiwanese actors Alex Ko Shu-yuan, Hsueh Shih-ling, Yu An-shun, and Miao Ke-li. 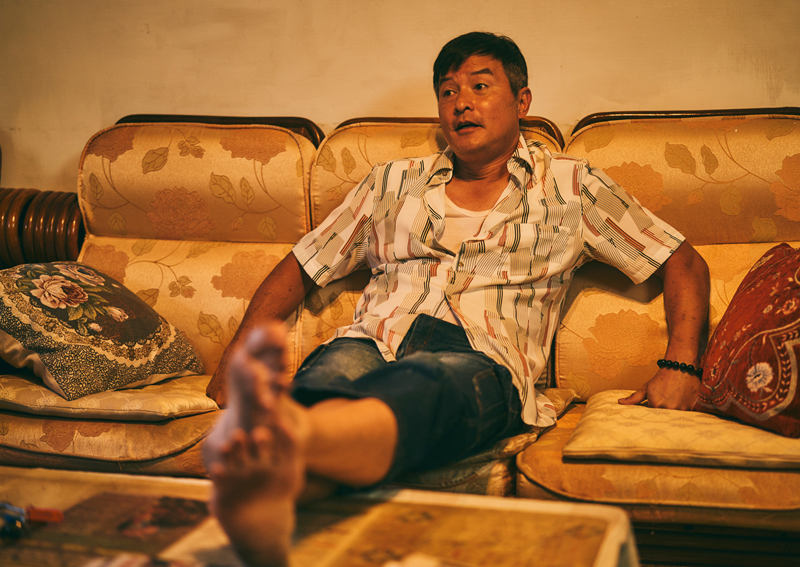 When asked by AsiaOne if his younger self ever thought about striking it rich, he replied: “When I was young, I was exactly the same as them (the characters) because we were all working-class people and we were thinking of almost the same things — whether it’s winning the lottery, finding money on the ground, or working overtime to get more money.

“When I was waiting for my SPM (Malaysia’s equivalent of the O-Levels) results, I knew I wouldn’t do well because I didn’t like to study. So I figured I would come to Singapore temporarily to work and my aim was to earn money. Regardless of what type of work, as long as I could work in Singapore to make money, I was fine.”

It was a simple goal that guided his actions, resulting in him slogging it out as a machine operator in a Singapore factory for six years.

It also ultimately led Christopher, then 24, to participate in the TV competition Star Search 1995, where he emerged as first male runner-up and was catapulted to an illustrious career as an actor. He joined solely because of the prize money, he said. 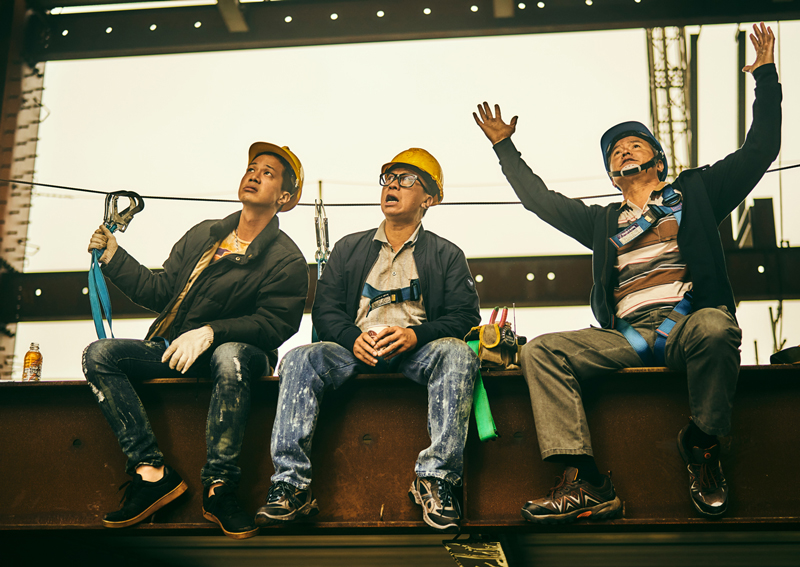 Ming Qi may sound like a good-for-nothing, but he has admirable traits that resonates with Christopher.

He said: “I like his enthusiastic personality, and his words and expression will always be positive. You’ll never see him sad or hurt, perhaps he deals with it internally so you’ll never have to see it. I think it’s rare to see people like him in today’s society, which has developed so far and become so complicated that it makes his simplicity much more precious.”

Apart from that, Christopher was also drawn to the role because he saw a lot of his past as a factory worker in it.

No stranger to growing up poor and having to work hard, Christopher confessed that he started working at a young age to earn some cash.

“I come from a poor kampung district in Melaka and my family wasn’t well-to-do, so people in our area would come out to work when they were very young. We did some piecework and odd jobs — I’ve worked in a warehouse, I’ve sold pork, and I’ve been a waiter, and they’re considered working-class jobs so the feeling is close to my heart,” he recounted.

The similarities don’t end there as Christopher also thinks his real and reel characters are both optimistic and able to easily move forward after setbacks. He added: “I’m also a simple person. I don’t need riches, I just enjoy a simple life with my family. I think we’re quite similar in this respect.”

And with the circuit breaker in effect, and even extended till June 1, Christopher is spending a lot more time with his wife, local actress Fann Wong, and five-year-old son Zed. In fact, it seems that he’s been cooking for them.

Christopher said with a guffaw: “My son is very happy because it’s very rare that both his parents are with him every moment of every day. During this period, he’s very happy playing at home and hasn’t asked to go out. He also understands that we can’t during the circuit breaker.

“There are pros and cons about this period — the only downside is that we can’t go out. But the most important benefit is that we’re distancing ourselves from the virus, firstly; and secondly, it has allowed me to spend more time with my family.

“I used to cook for them in the past but I’ve not done so for a while. Recently, I’ve been cooking a lot more, at least one dish a day. Now my wife says that I should not go out in the future.”

Workers premieres on HBO GO on May 10 at 9pm with two back-to-back episodes followed by one new episode weekly.

ALSO READ: Screaming Fann Wong Overcomes Fear to Do This for Her Son

Partner Stories
The Ultimate Lifestyle And Sports Shopping Destination For The Whole Family: Singapore’s First Adidas Brand Centre
What Do Your Strange Pregnancy Dreams Really Mean?
What happens if you drop the ‘T’?
Mum-Assist, the clever solution to all your driving needs!