20 Movies Kids Should Not Watch

8 min read
Children’s movies are supposed to entertain kids with fun and laughter. However, there are certain movies that are disturbing for children because they frighten the living daylight out of kids and can cause nightmares.

After chatting with a bunch of parents, I’ve come up with ultimate no-no list. Here are 20 movies which I do not recommend for young children to watch because of the scary scenes and episodes they contain. These are arranged from the oldest to the most recent.

The eerily scary characters such as the Wicked Witch of the West, the flying monkeys, and the Wizard of Oz make this highly entertaining movie scary tad scary for younger kids. However, older kids and adults can learn valuable lessons from this movie. 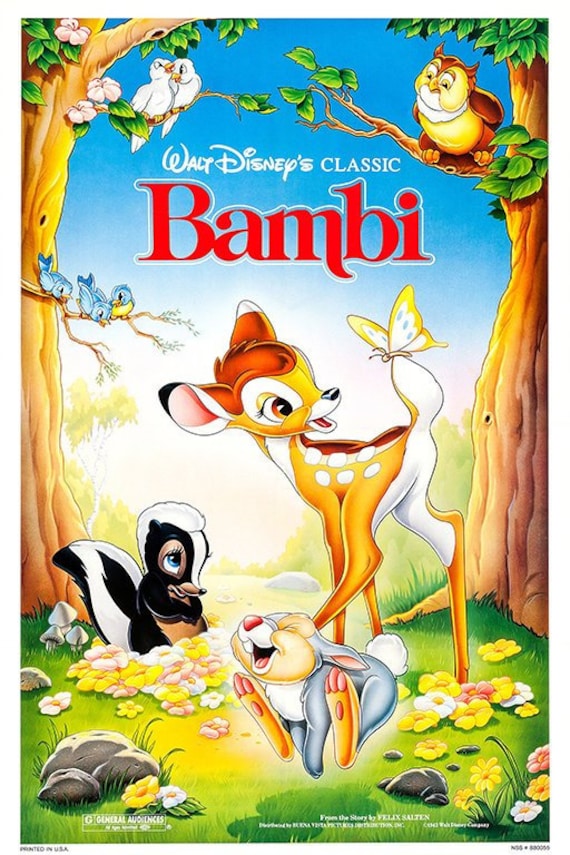 The story of Bambi can teach a child lessons in survival but the scene where his mom is gun down by hunters right in front of him is something that can traumatize a child. Children can probably watch this movie when they have grown up to be adults.

This is a story of a 15-year-old boy named Travis who has grown to love a stray dog named Old Yeller. The disturbing part of this movie is when Travis whose life has been saved by Old Yeller, has to shoot the dog because he has been infected with rabies and has become ferocious.

Charlie, the main character of the movie is a poor boy who ended up visiting the fantastic chocolate factory owned by Willy Wonka. The frightening scenes in this film include the boat ride through a dark tunnel, a fat boy being sucked through a tube of chocolate, and a girl turning into a giant blueberry. If I were a child, I’ll be afraid of going to these places and eating chocolate after I see the movie.

This is a Disney film which is really scary for children. It opens with a disturbing scene in the woods where a girl is frightened by The Watcher. The girl runs and her doll flies and bursts into flames. Aside from this, there are eerie scenes in the movie such as when Jan stands in the mirror but only sees a reflection of a ghost and when Jan catches glimpses of a blindfolded girl crying out for help.

This is a story of a widowed mouse who seeks the help of a secret society of rats known as NIMH. It is not pleasant for kids to watch because of the introductory scene of the death of the widowed mouse’s husband and her dying child, and the disturbing images of the rats, the cat with one eye and the strange owl.

Horrifying is the word that describes this movie and is definitely not for kids to see. The Skeksis who are evil lizard-like and bird-like creatures, the Muppet who takes her eyeballs and throws them at people, and the giant beetles who cause hair-raising chattering are some of the scary characters in the movie. Ion addition, the scene where the Skeksis take off the eyelids and siphon the life of the Podlings whom they kidnapped is equally disturbing.

The chilling part of this fantasy film is when Artax, the horse of young warrior Atreyu, slowly sinks into the Swamp of Sadness and is being attacked by Gmork, a wolf-like creature. But the scariest thing that frightens the characters in the movie as well as the moviegoers is a void of darkness that consumes everything which is named as The Nothing. 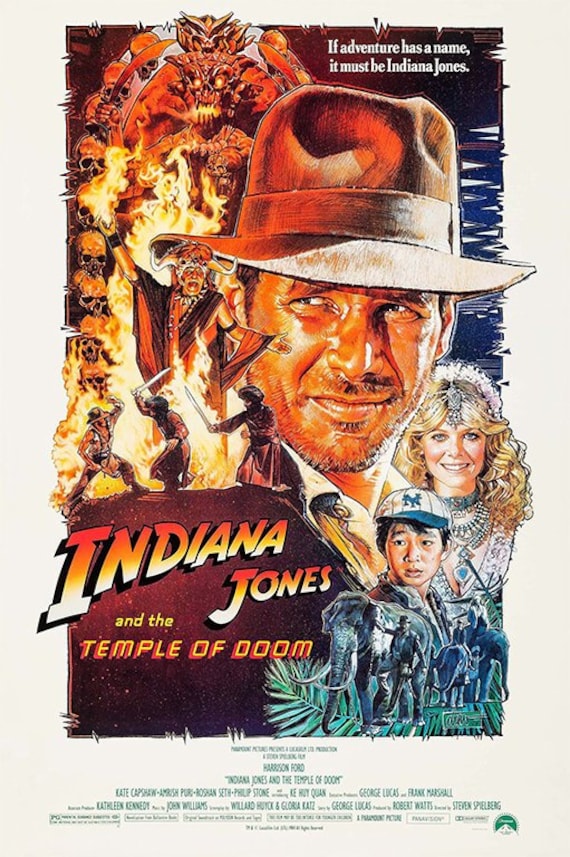 Monkey-brains, an eyeball soup, the snakes buffet, and an evil priest who can dig your heart out of your chest are the elements that make this movie quite disturbing for kids.

The movie starts with Randall giving Billy his son, a cute furry creature called a mogwai which Randall names as Gizmo. However, things become terrifying when Billy accidentally spills water on Gizmo multiplies into aggressive mogwais. Eventually, the mogwais transform themselves into gremlins with red eyes, fangs, claws and green reptile- like skin. They caused havoc and destruction on Kingston Falls and kill people. The sights and scenes are not really for children.

Goblins, head-swapping monsters, a dwarf, a fox-like knight, and a beast are frightening creatures in this movie that could cause nightmares for kids.

This is a musical film which could frighten any child because of the plant named Audrey II. It was found by Seymour who accidentally cuts his finger and finds that Audrey II is revived by his blood. As Seymour feeds it with his own blood and it becomes bigger until such time that he was already asking Seymour to kill in order to feed him. The chopping of the dentist’s body parts, and the swallowing of Mushnik’s body are some of the scenes that are not suitable for children to see.

The weird faces of the garbage pail kids can be very frightening to little children. Who wouldn’t be scared with kids whose heads are thrice larger than that of a normal person with bulging eyes and one whose head is an alligator? In addition, there are creepy scenes in the movie.

It is a story of how Sean Crenshaw and his friends tried to save the world from monsters to rule over it. However, Count Dracula, Frankenstein’s monster, a werewolf, a mummy, a gill-man, and the three vampire women are scary characters in this movie that could cause nightmares to little children. Thus, this one is not recommended for children to watch.

Kids usually are afraid of monsters living or hiding under their beds and when kids watch this movie, the more that they would not want to sleep alone. This is a story of Brian who makes friends with Maurice, a monster who brings him to the monster world. A few gruesome scenes in this movie include the burning off of Boy’s face and the killing off of the monsters.

The images of witches with their purple eyes, hunch-backed body, deformed hands and their square-ended feet are unpleasant things for children to behold. What more if the characters like Luke and Bruno turns into mice boys. Added to that, the witches turn into mice and they are crushed, killed and chopped.

This horror movie could scare the wits out of little kids. The monster house is haunted by the spirit of Mr. Nebbercracker’s wife and it eats children and anyone who steps on its yard. The scenes were children and people are eaten are really horrifying. 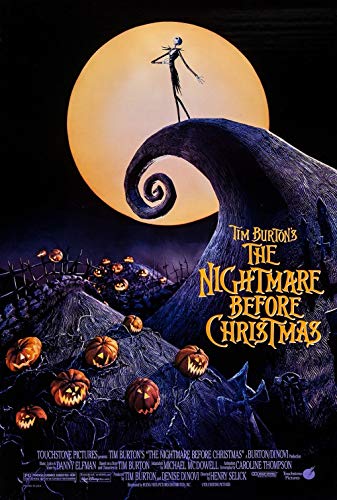 The faces of deformed monsters, skeletons, ghosts, ghouls, goblins, vampires, werewolves and witches present in the movie can scare any child. What more the thought of receiving shrunken heads, snakes and strange objects as Christmas gifts from Santa would really make children scream. Moreover, there is Oogie Boogie, a bogeyman who is filled with bugs. Yucks!

This recently-released animated film begins with a picture of a happy world which is ruined when the “Other Mother” of Coraline in the Other World reveals herself as a malicious and ugly woman who steals the eyes and souls of little children. It can make little children fear and dislike rag dolls which are used by the ugly woman as spies. 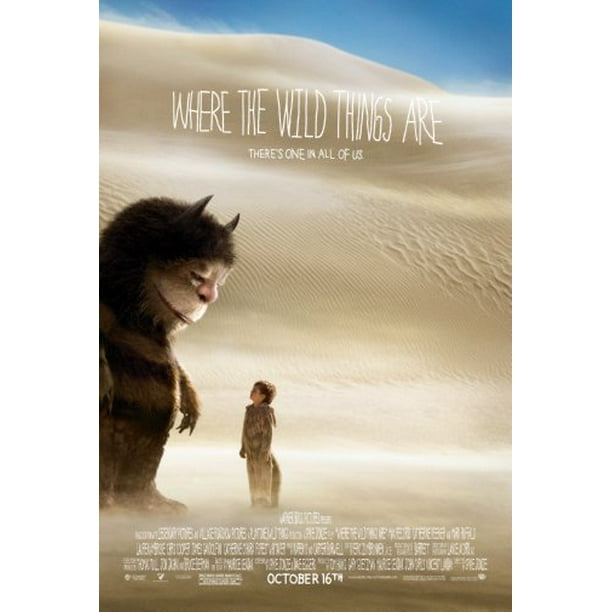 This movie is adapted from Maurice Sendak’s picture book. It’s not very good for children to watch because it shows Max as a spoiled boy who dresses up as a monster. More scary scenes are seen in the movie when he comes upon an island with six large creatures. An unpleasant sight happens when Carol rips Douglas’ arm because of his anger and when he also chases after Max to eat him. Though it was originally written for children but this movie is not meant for little children.

Here are some related links: My Top Ten Most Popular Kids’ Movies of All Time