The girls had thrown their note from their window on the fifth floor.

Two students from Wellington Primary School have won the hearts of local netizens for showing compassion via high-rise littering.

I kid, I kid, they had great intentions. Sisters Cui En and Cui Ying — aged 12 and 11 respectively — had spotted pest control workers resting at the foot of their HDB block in Canberra Walk and decided to show some love with a heartfelt handwritten note. 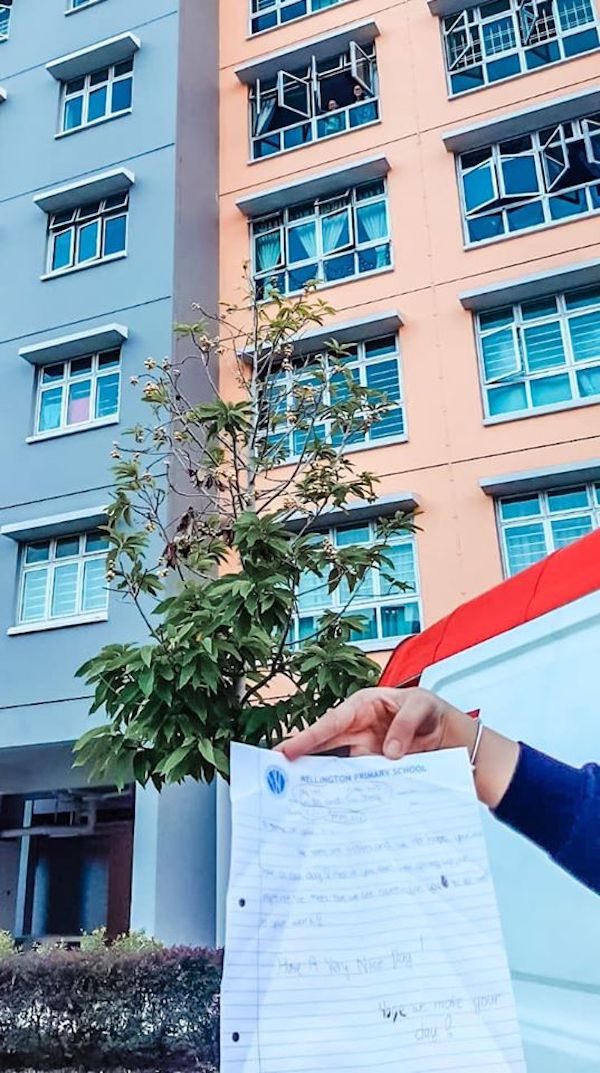 Written on the Wellington Primary School foolscap sheet was a wonderful message of encouragement to the pest control workers. This was what the Cui sisters wrote:

“To three of you, we both are sisters and we do hope you all have a nice day! And if you feel like giving up, we might not be there but we are counting on you to do well in your work! Have a very nice day! Hope we make your day!” 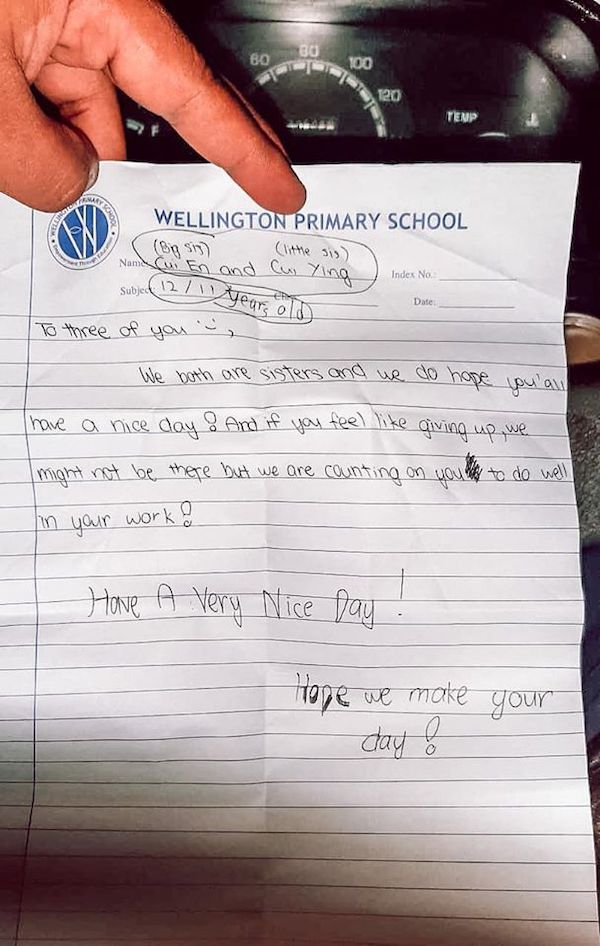 According to an April 3 Facebook post written by the sister of one of the pest control workers, the girls had thrown their note from their window on the fifth floor.

“It may seem like a simple handwritten note but it had brightened up their day receiving that little motivational note from them especially during this Covid-19 situation,” wrote the sister, who goes by Mamaa Eetaa on Facebook.

She also revealed that her children are Wellington Primary School students too, and congratulated the school for nurturing the kids with a holistic education.

“Please give our commendation to these two girls for being such gems as a student from Wellington Primary.” 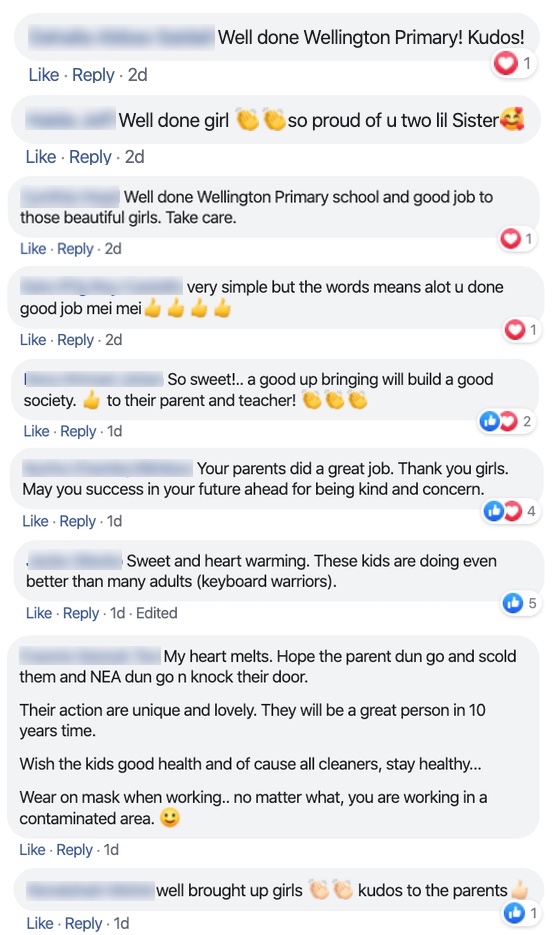 Let’s also hope that the girls won’t get into trouble — people have been fined for slighter offences, after all.

Schools To Switch To Full Home-based Learning, All School-based Mid-year Examinations To Be Cancelled: MOE