It is said that his daughter may be the beneficiary.

Her husband, Chinese businessman Huang Youlong, is said to have purchased a $27.65 million penthouse at Ardmore Park.

According to a Business Times report last Wednesday (May 6), Huang, also a Singapore PR, made the purchase as a trustee and his daughter may be the beneficiary.

The couple gave birth to their daughter in Singapore back in 2010.

Business Times wrote that Kishin granted Huang the option to purchase in April 2017 and it was exercised last month.

Jacqueline Wong, executive director at real estate service provider Savills Singapore, commented to Business Times that the $3,164 per square foot deal that was offered for the penthouse was noted to be “high” back in 2017.

However, that’s no longer the case now as prior to the COVID-19 outbreak, “a price of under S$3,200 psf would not be considered expensive for a freehold penthouse in District 10”.

The penthouse occupies the 29th and 30th floor, and is one of six in the development.

Huang is also said to own a four-bedroom unit within Ardmore Park in a different block. The development has three residential blocks. 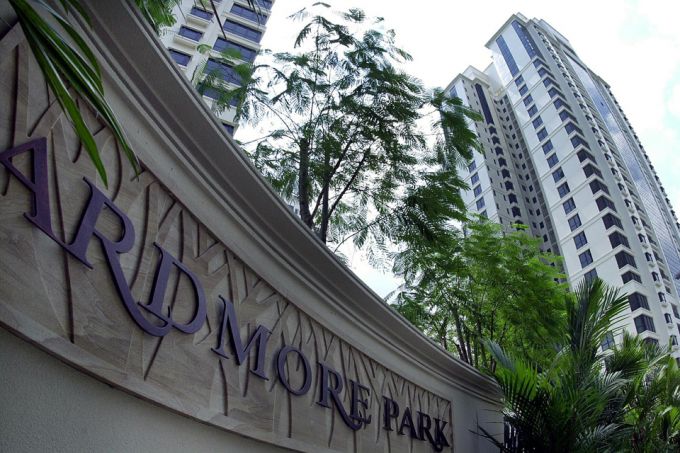 Huang is said to have purchased a $27.65 million penthouse at Ardmore Park. PHOTO: The Business Times file

In 2011, Vicki and Huang bought a luxurious vineyard Château Monlot, St-Emilion Grand Cru that is located in Bordeaux and reportedly dropped 4 million euros (S$6.05 million) on the seven-hectare property.

And her prized Chateau Monlot Bordeaux wine was first made available in Singapore in September last year after local actor Li Nanxing suggested that she sell it locally.

Vicki Zhao, 44, told local media then that while her wines have been exported over the world, she has “not really aggressively tried to sell it”.

Partner Stories
Money Saving Tips for Parents Living in Singapore, One of the World’s Most Expensive Cities
Mums, Here’s a Super Helpful Guide on How to Preserve Nutrients While Cooking Your Child’s Food
Find out why these mums are willing to import milk from overseas
SPF2022 Webinar Recording - First 6 months with Baby - What nobody tells you!

She also confessed that she doesn’t expect everyone to drink her wine, but at least it’s available here.

ALSO READ: Wu Chun’s House In Brunei Is Just Like The Mansions In Idol Dramas