For many Singaporeans who make regular day trips to Johor Bahru, eating, shopping and getting a massage are usually on top of their list of things to do.

And one of the haunts that foodies like to visit is Hiap Joo Bakery & Biscuit Factory for their banana cakes. Lines can usually be spotted here over the weekend as customers wait for a freshly-baked batch of banana cake — it’s usually warm when you first get it in your hands.

Hence, when the borders were closed earlier this year, thanks to Covid-19, some have found themselves unable to do without this tasty treat, even setting up group buys to get their hands on this banana cake.

While that’s an option, it currently includes waiting time, so we took to the internet instead and found recipes, like this one, that claimed similarities to the speckled banana cakes that Hiap Joo is known for.

Here are some tips that we got from an interview the bakery did with ChannelNewsAsia:

1. Add eggs into bowls and beat with whisk till foamy. 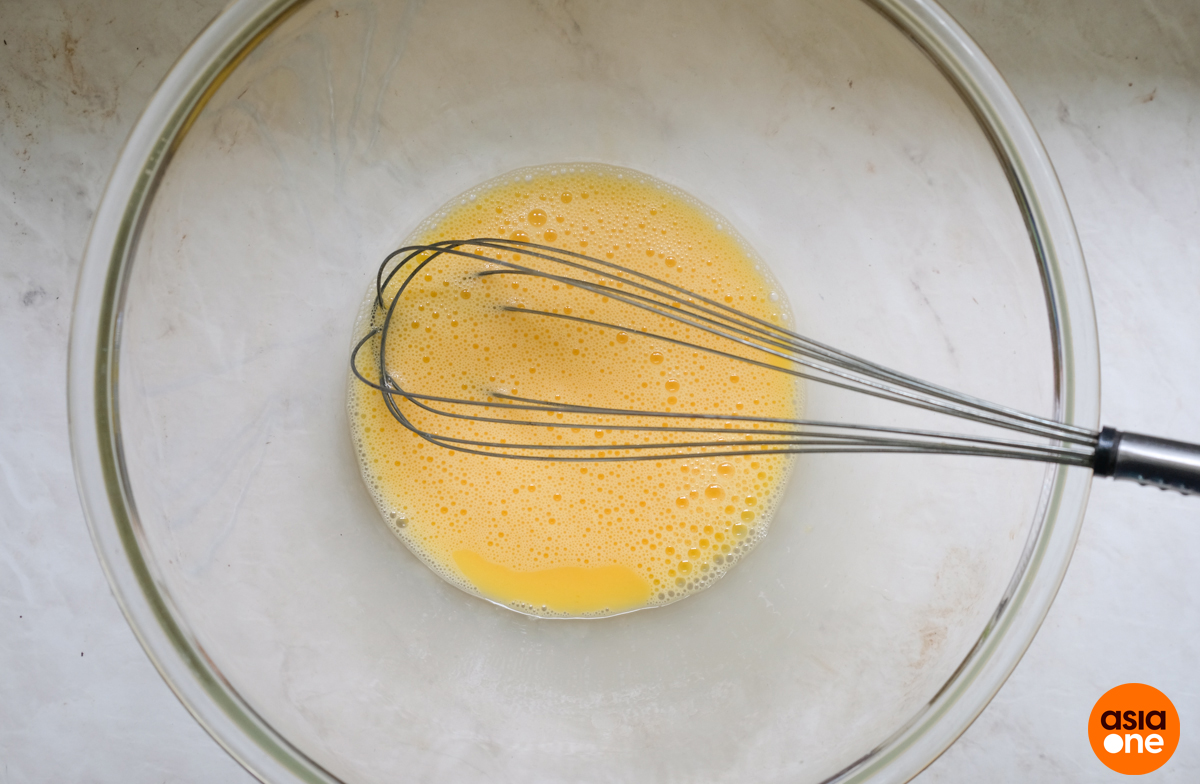 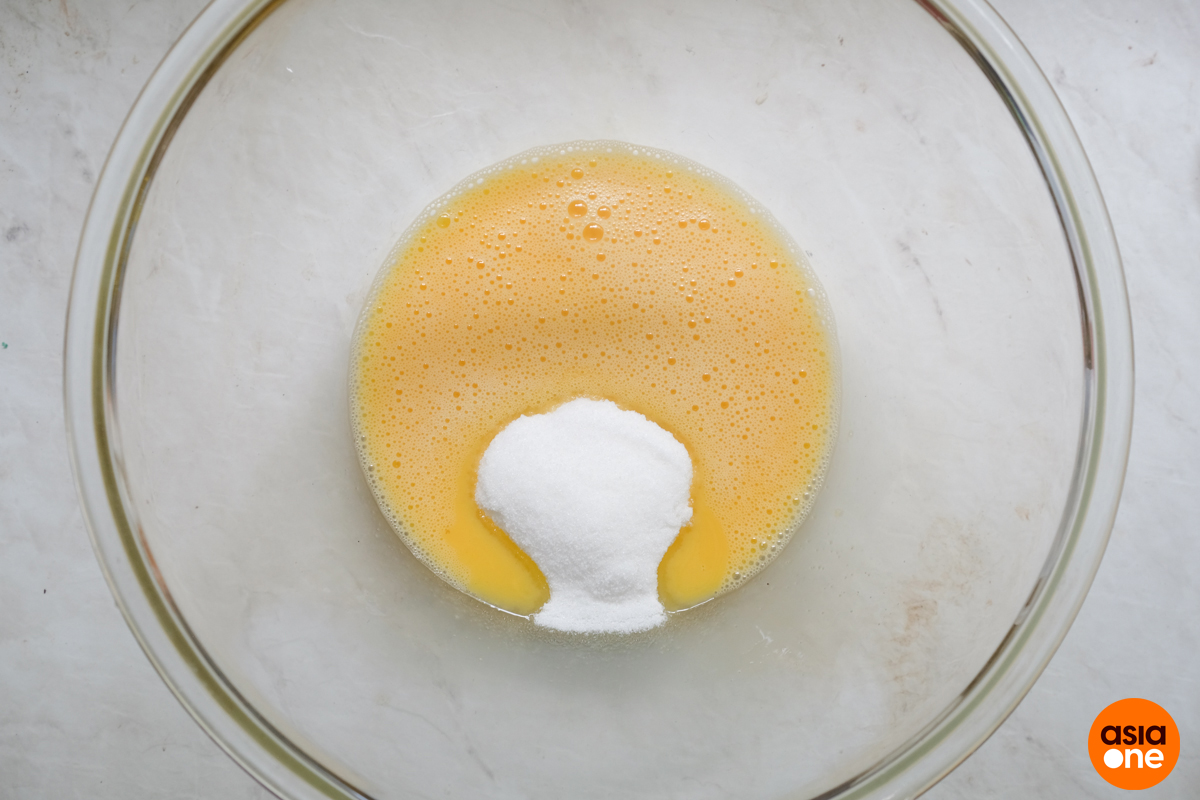 3. Mash banana in a separate bowl. Don’t mash too finely or coarsely. 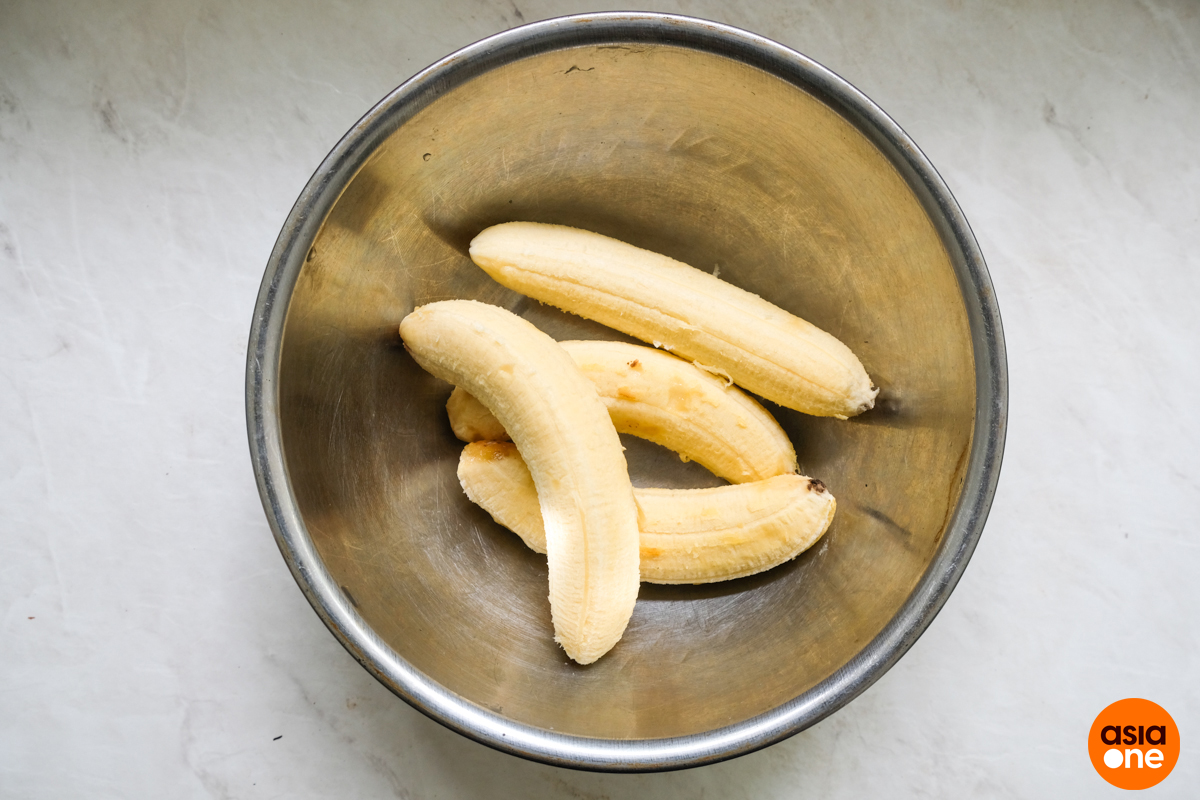 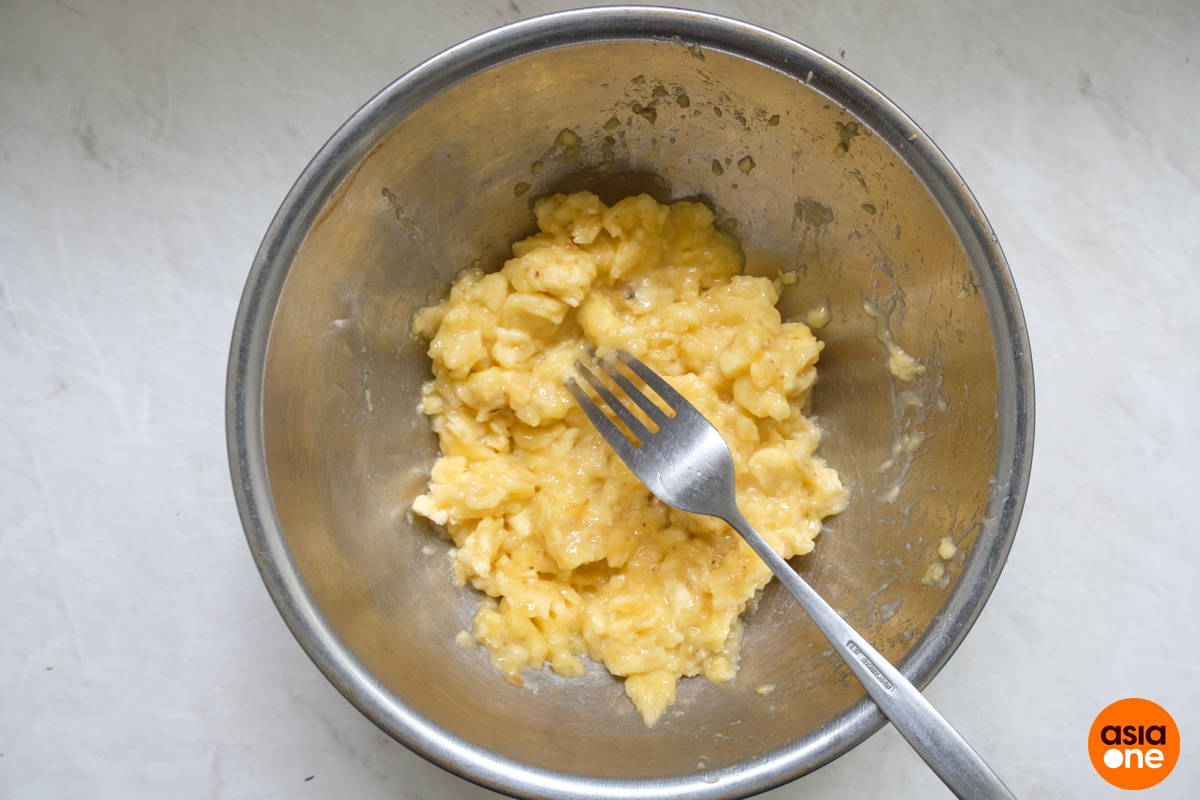 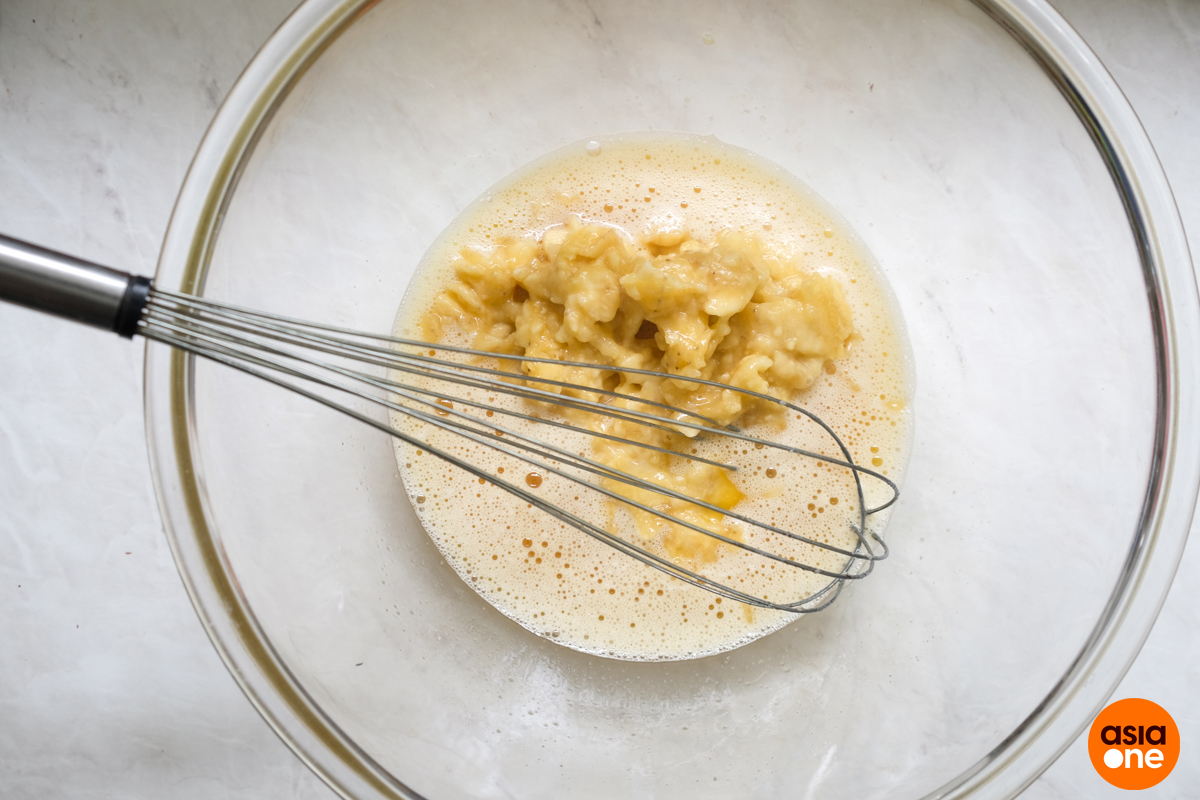 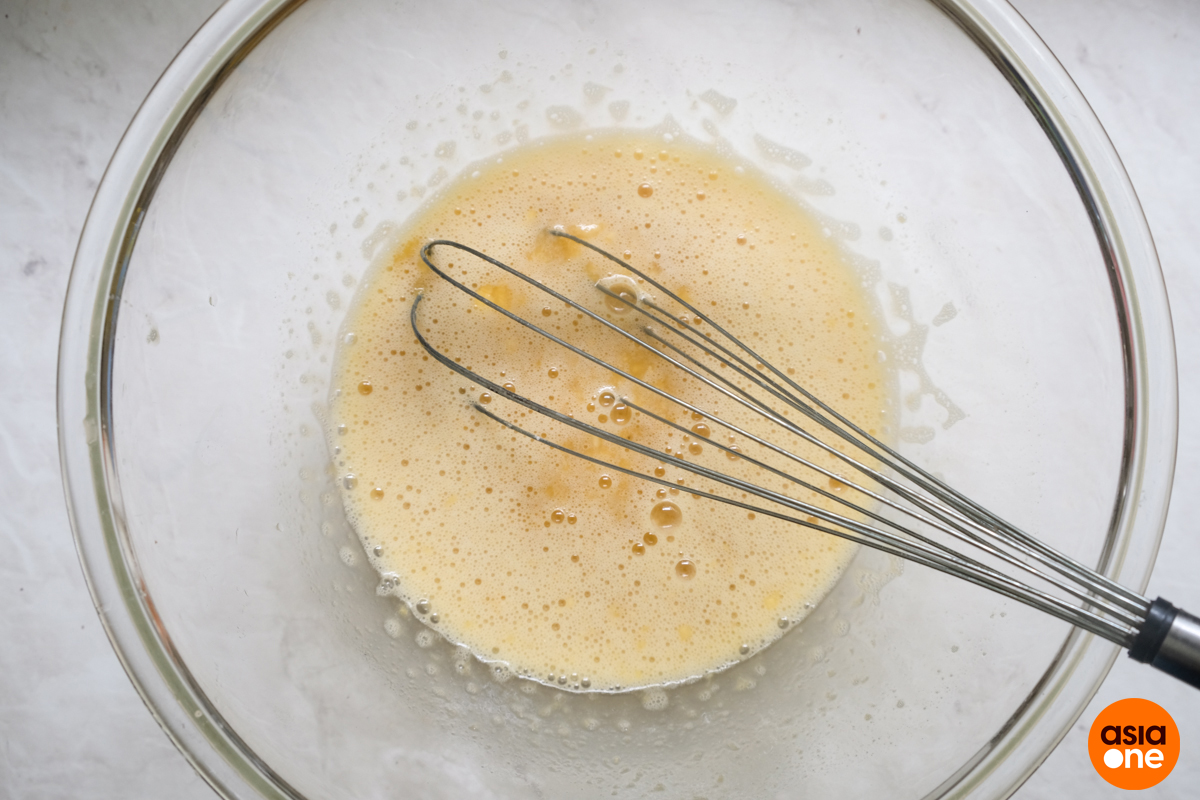 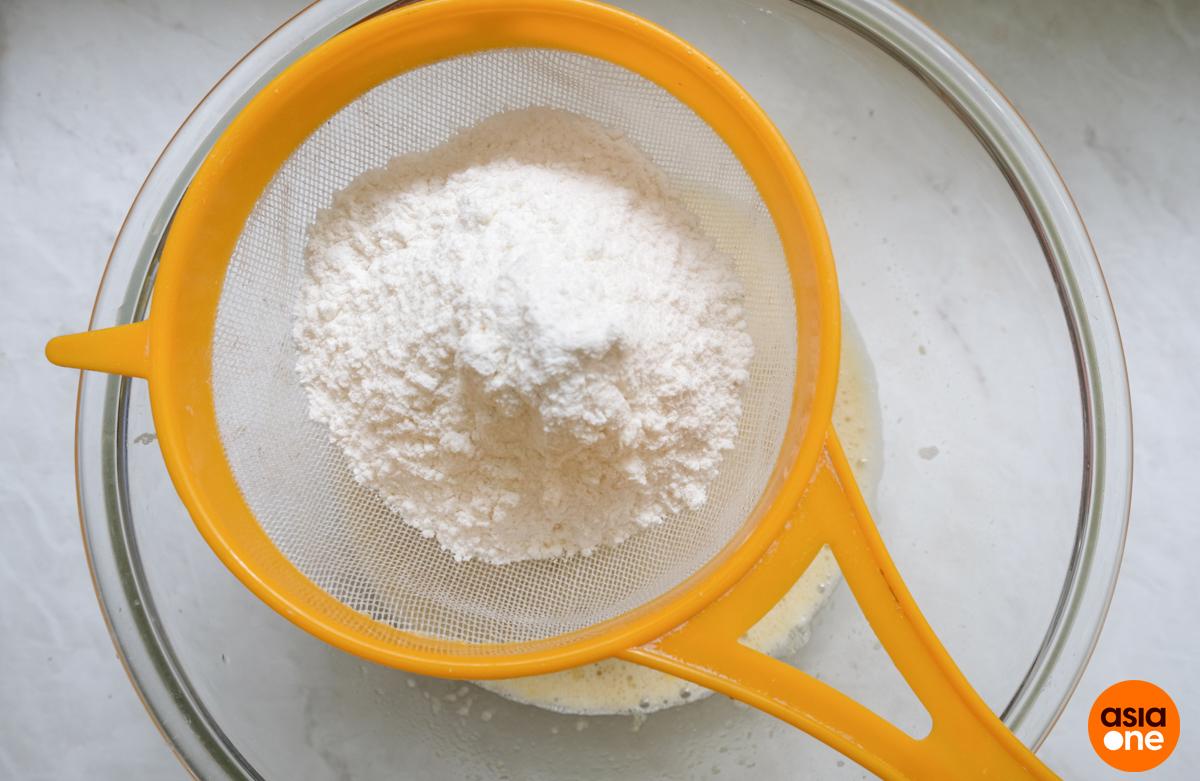 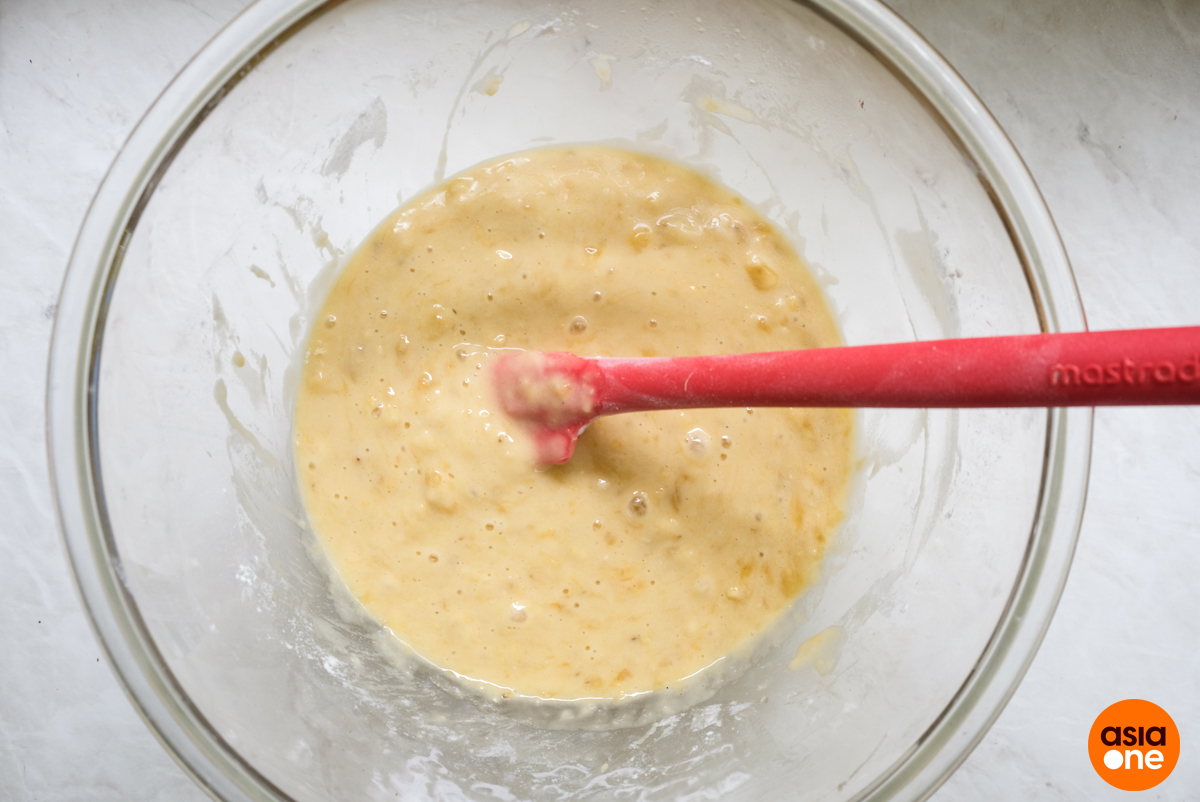 6. Add oil to mixture and stir well with spatula. 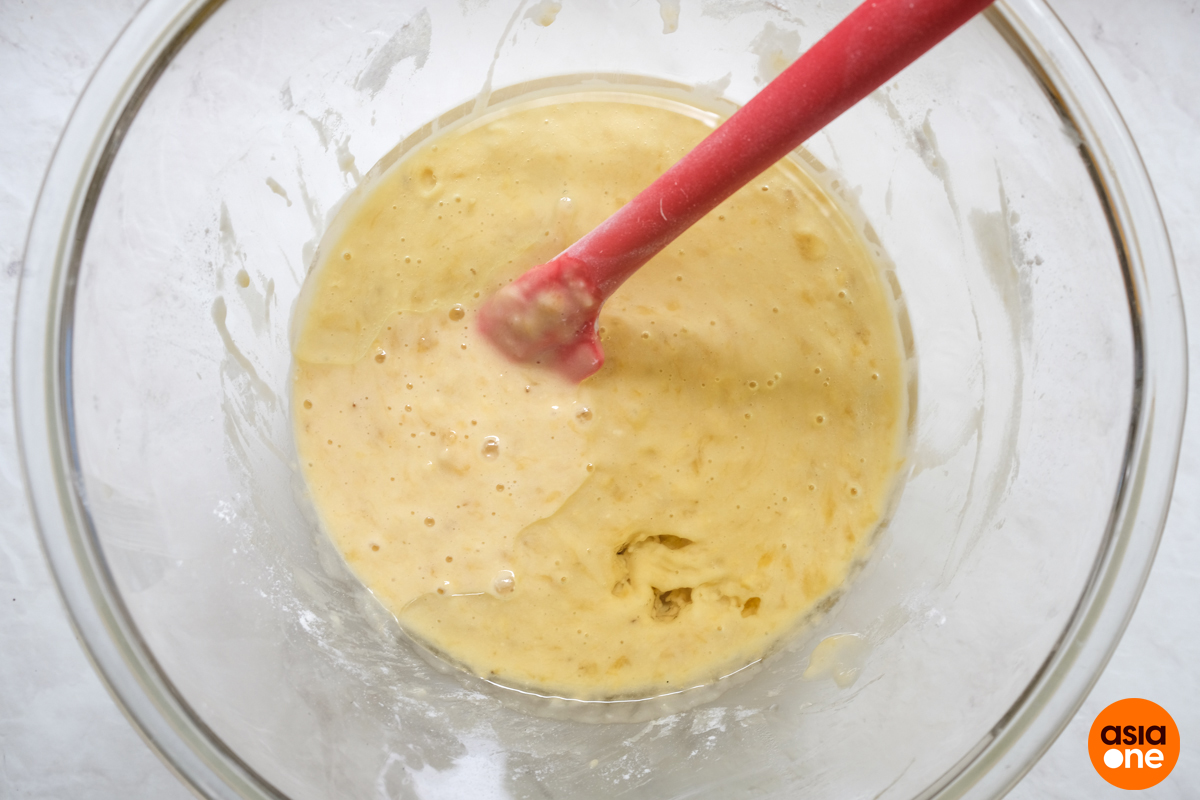 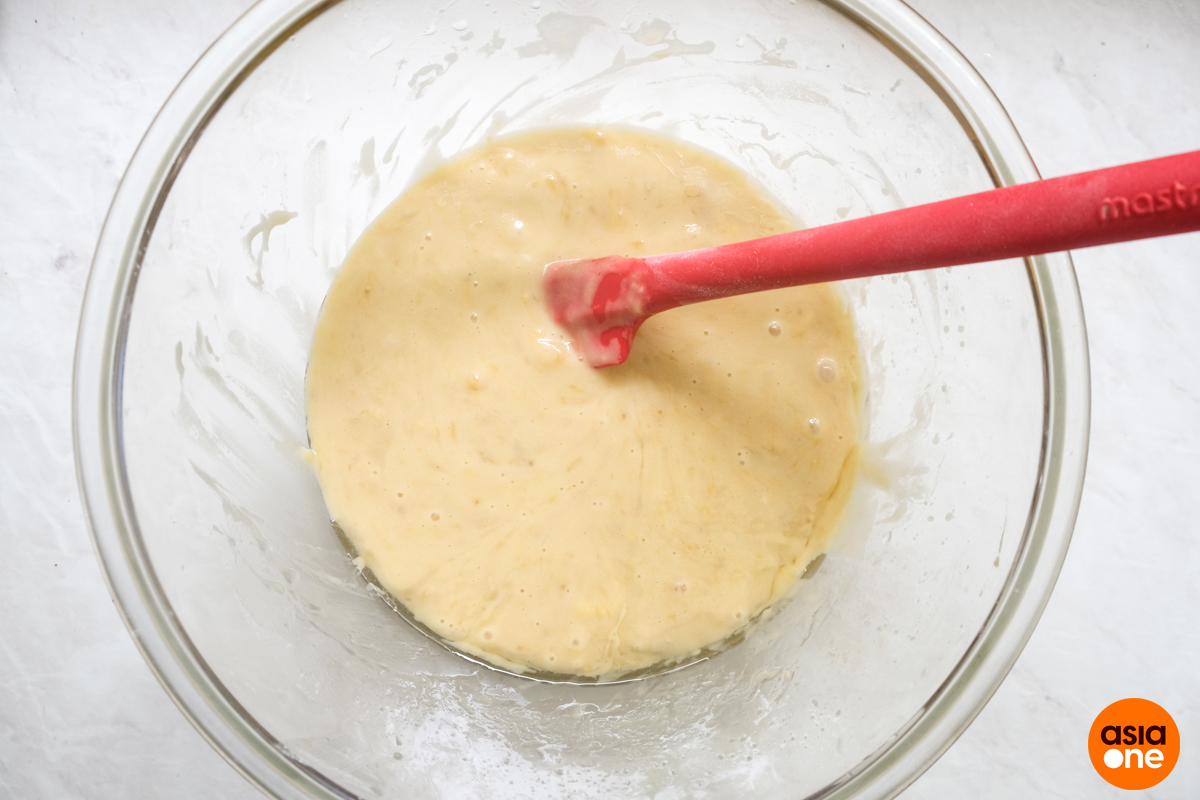 7. Pour into cake tin and bake in pre-heated oven at 160 degrees Celcius for 40 mins or till you get a golden brown top. You can cook it longer if you prefer a caramel brown colour. 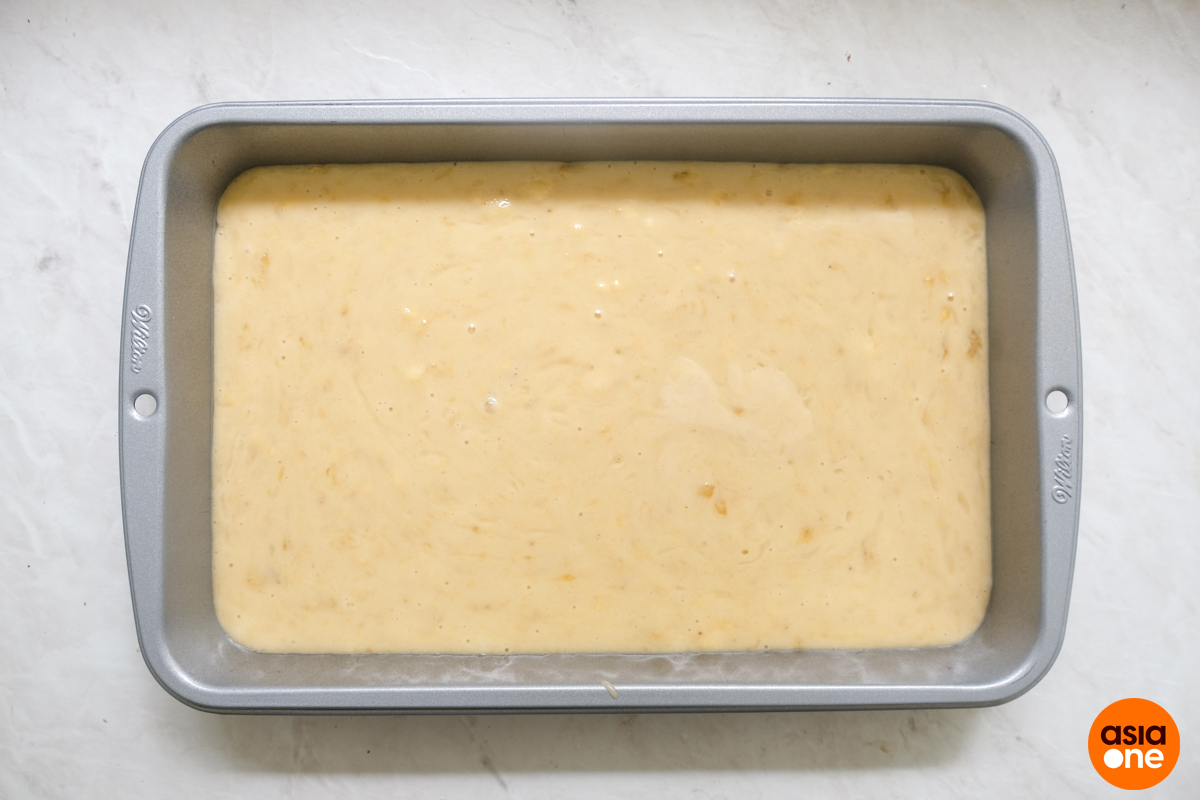 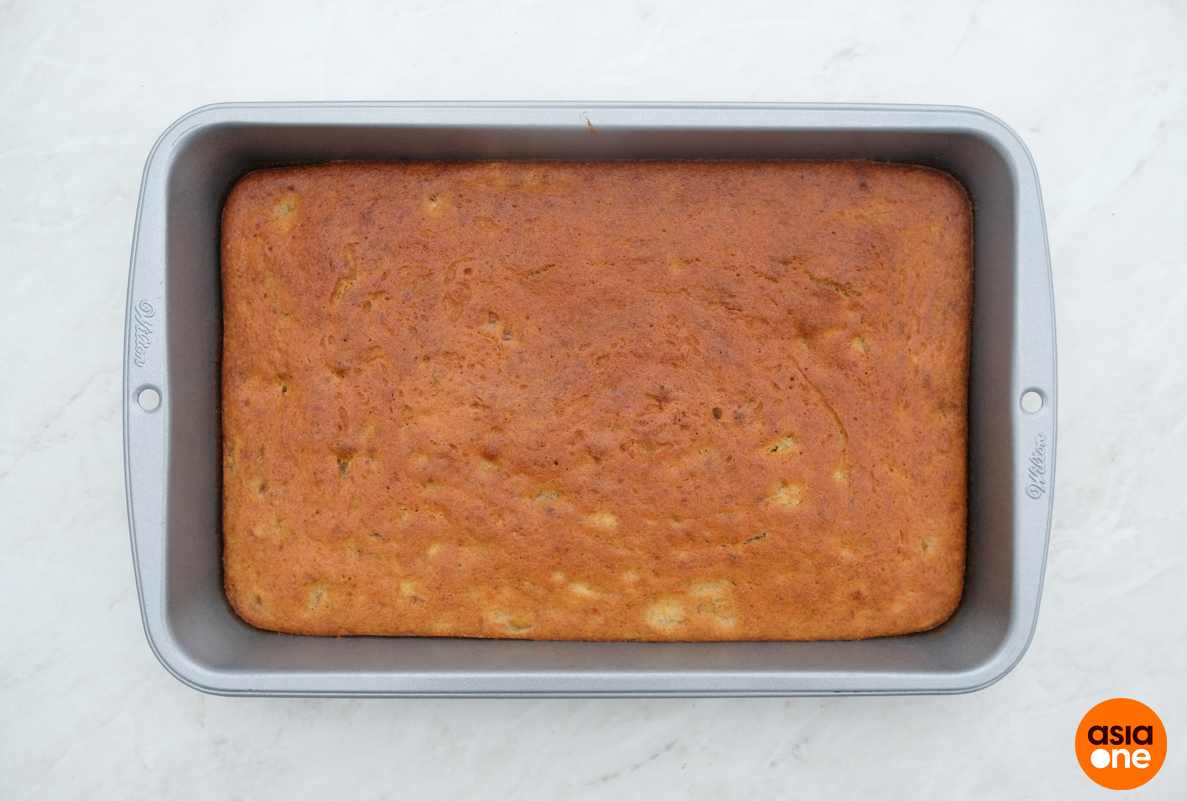 The verdict: It’s an easy to make recipe that my tester says taste pretty similar to the original 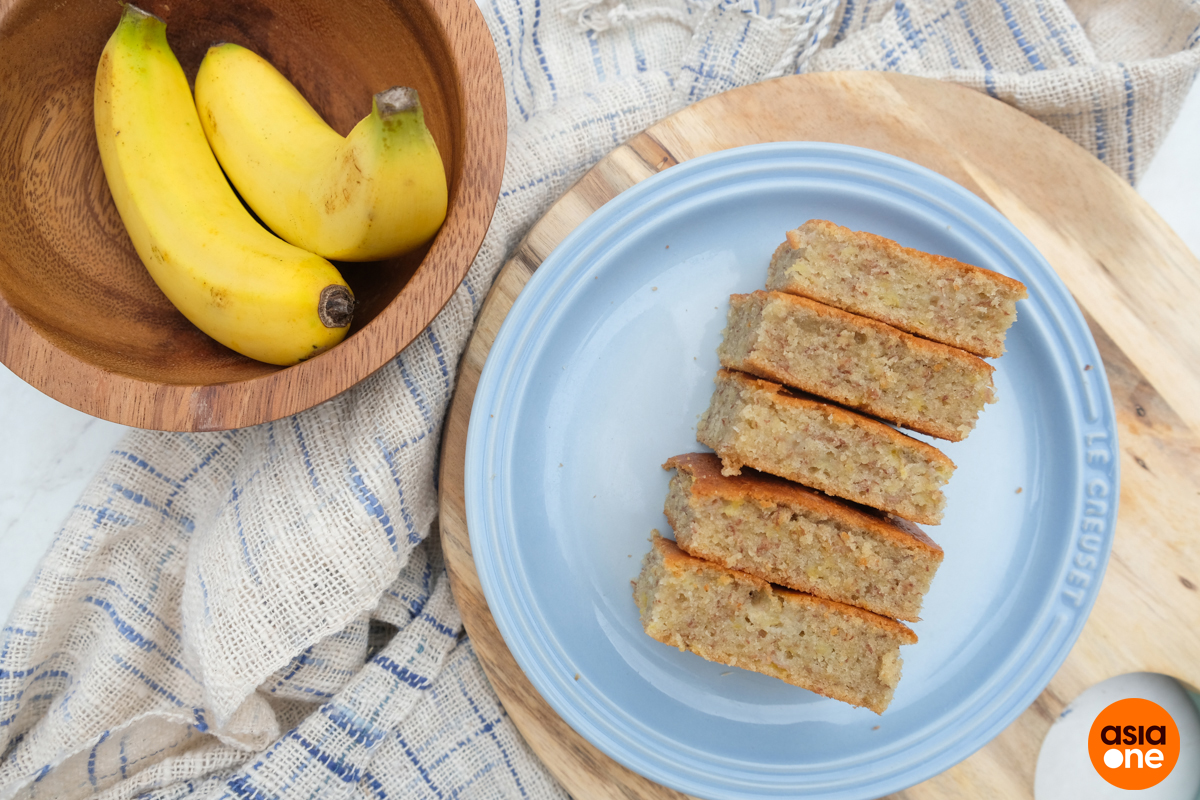 Speckled, yes. Fluffy, yes. Basically, the resulting banana cake does tick all the boxes, save for maybe the wood-fired taste that we can’t replicate.

Though my pictured cake doesn’t stand at the same height as the ones from Hiap Joo, this can be easily resolved by using a 8 x 8 inch cake tin instead, or doubling the recipe.

My testers who tried it said that it was a cake that they would definitely reach out for again, and for the ones who have tried the real deal, they have said it’s a pretty decent duplicate in terms of taste and texture.

And after trying the recipe with other types of bananas, I’ll say that while you could stick to the same berangan bananas that Hiap Joo uses but if it’s too much hassle, the normal spotted brown bananas you find in your neighbourhood would be probably a sufficient substitute.

All in all, it’s a pretty good alternative to Hiap Joo banana cake while the borders still remain closed and you get to have it fresh out of the oven in the comfort of your own home.

Jeanette Aw’s Cheesecake Tart: How You Can Make It Without an Oven