Family Of 3 Spotted On Vespa Sparks Concern Among Singapore Netizens 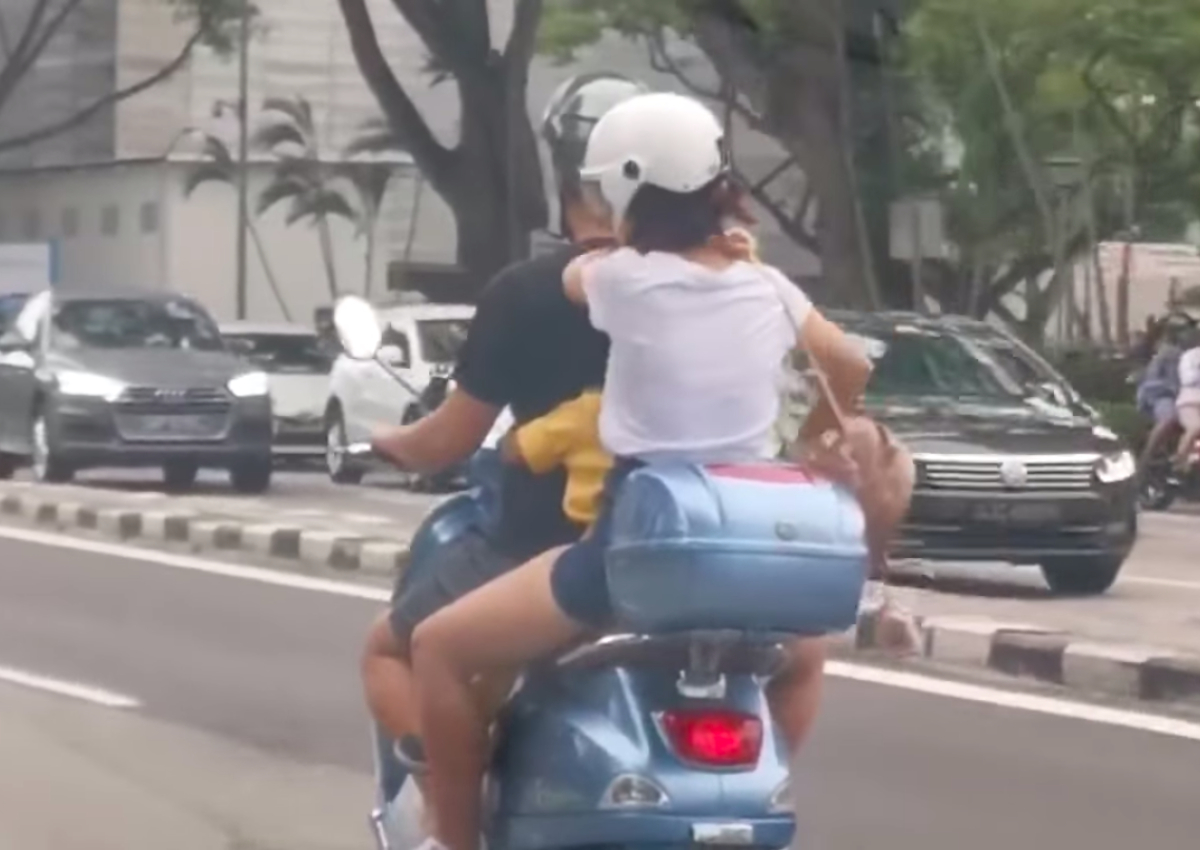 A family that spends time together, stays together, but perhaps one family might have taken that saying literally after going out for a spin on one Vespa, together.

In a video uploaded on Dec 9 to Facebook page Singapore Road Vigilante, the trio could be seen pressed chest-to-back as they go on their way.

Though it’s not obvious at first glance, a child was definitely sandwiched between the pair of adults.

At one point, the woman was even seen taking her hands off the child to adjust her bag strap.

According to the post, the incident occurred on Dec 8. The trio was later spotted turning into a condominium.

The clip sparked outrage amongst local netizens, many of whom were absolutely aghast that the adults would willingly endanger the child. 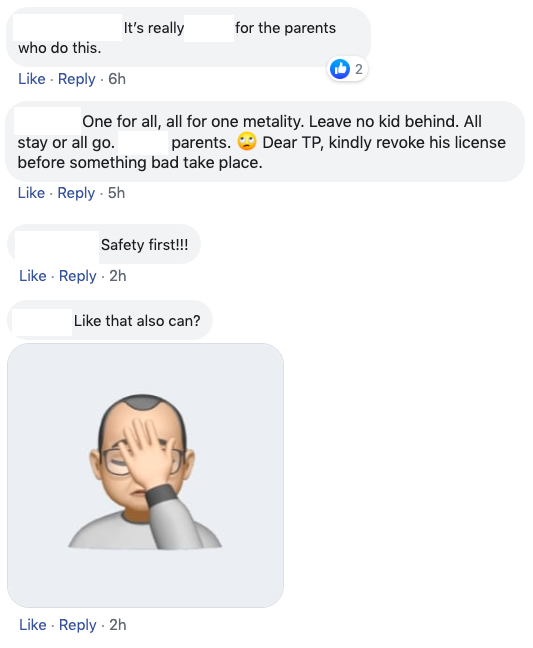 Others, however, didn’t understand what the fuss was about and pointed out how having multiple pillion riders was a regular occurrence outside of Singapore. 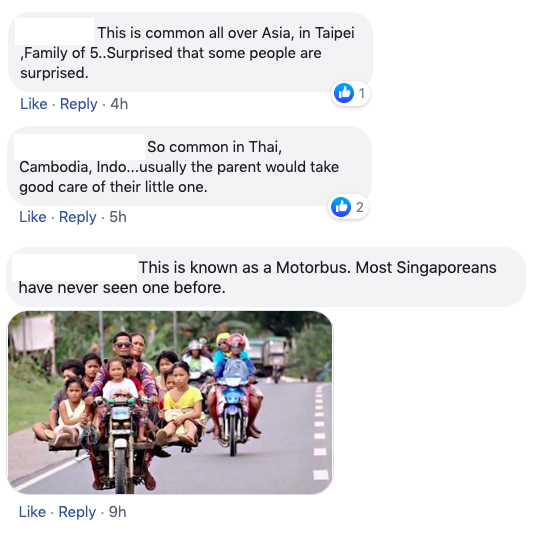 It is also stated in the Road Traffic Rules that children below the age of 10 are not allowed to ride on motorcycles as pillion passengers. Additionally, it is mandatory for all riders to wear a helmet.

A family of five in Malaysia were pulled over by the traffic police for attempting a similar stunt just earlier this year in June.

Fortunately for them, instead of issuing them a ticket, the police offered to chauffeur the family home out of concern for the family’s safety.