Singapore isn’t officially under lockdown yet from the ongoing pandemic, but it might as well be. The government announced yesterday (March 24) that bars, cinemas, nightclubs, theatres and other entertainment venues will have to be shuttered temporarily as part of the country’s battle against Covid-19. Resources for Creative Freelancers

This, on top of an already tough time for the events industry here, with multitudes of conferences, exhibitions, summits and concerts cancelled or postponed indefinitely. Basically, anything involving large gatherings of people (including religious services) is a no-go in the current climate.

What it all means is that job losses have been mounting across all sectors, including hospitality, aviation and F&B. But one industry that’s definitely getting scorched is the creative industry, especially the freelancers who’ve abruptly lost their flow of income after the stream of gigs and jobs have dried up.

And the losses are certainly massive, according to Ilostmygig.sg, a website that has been collating data from folks in the local creative industry whose jobs have been impacted by the Covid-19 outbreak. As of noon today (March 25), the total amount of lost income by people working in media, arts, design and entertainment in Singapore stands at over $176 million. 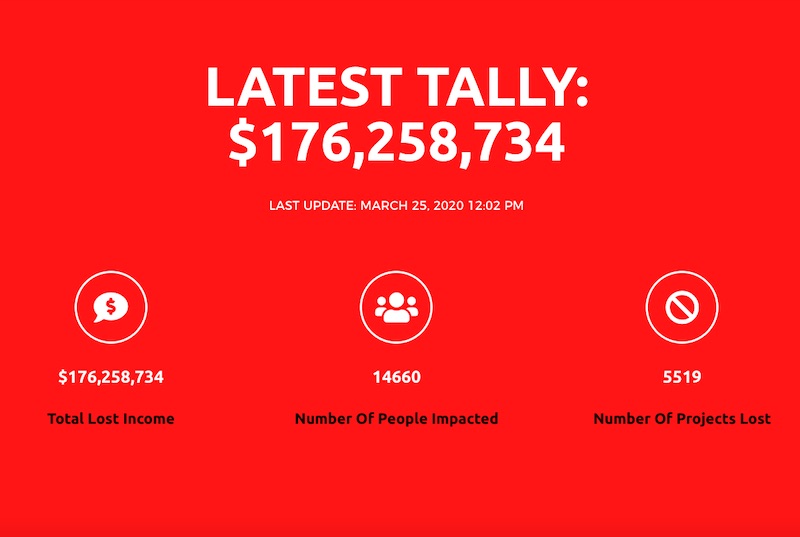 It’s a significant number, especially when it’s from only 5519 projects that have been cancelled or postponed indefinitely. More than 14,000 people in the creative industry have been impacted, and that’s not including the individuals who have yet to input their experiences in the crowd-sourced data.

Fortunately, the website does offer resources that can help creative freelancers figure out a way to get some support, including contact details for relevant societies and associations, including the Musicians Guild of Singapore and the Singapore Book Council. There’s also a portion of the site for employers and hiring agents to put up their information should they be looking for creatives to recruit. 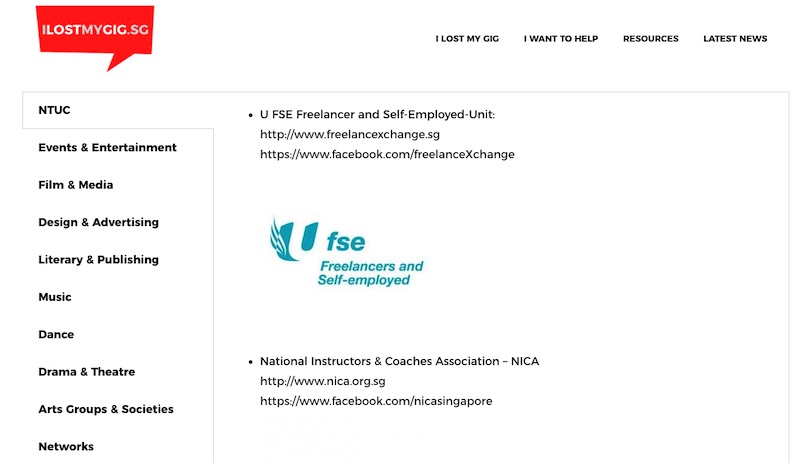 Ilostmygig.sg itself is a local offshoot of similar efforts in the United States and Australia, which also collates information on the losses suffered by creative industries in those countries.

A support group specifically for creative professionals and freelancers affected by the coronavirus has also been set up on Facebook. It now has over 4,000 members sharing job postings, advice and feedback on how to keep on going. A survey is being passed around for professionals in the film, TV, music and photography industry to provide information for the Singapore government to analyse and act on.

In light of how the outbreak is affecting freelancers, Manpower Minister Josephine Teo announced that a $36 million training support scheme will be launched soon to help them upgrade their skills through training programmes under the SkillsFuture series.

“The immediate concern of all (freelancers) is the significant drop in earnings due to the Covid-19 outbreak,” she declared in Parliament on March 3.

“Not only will this scheme supplement their income, it can help them become more future-ready.”