OMG! Baby Boy Born With an Extra Penis on His Back 'Terrifies' Doctors

"The baby has a normal sexual organ where it is supposed to be. The penis on his back is a parasite," shared the doctors.

Call him a miracle or a freak of nature. But this baby boy born with an extra penis on his back has managed to both amaze and terrify everybody. Including doctors.

This Azerbaijani baby was reportedly born attached to an underdeveloped parasitic twin. And the penis on his back was all that was left of the other twin.

Unfortunately, his parents and the doctors operating on him were unaware of the parasitic growth. And, when they saw the baby, it ‘terrified’ them. So the doctors decided to go ahead and remove his extra penis on back.

Penis on his back removed by doctors

The operation took place at the Scientific Research Institute of Pediatrics in Baku, Azerbaijani. While explaining the procedure, head of the institute’s neonatology department Gunduz Agayev reportedly told the media, “The baby has a normal sexual organ where it is supposed to be. The penis on his back is a parasite. It has been surgically removed.”

Dr Agayev also shared details about the parasitic twin. He said, “Practically all there was left from him was a penis that got attached to the brother’s back inside the womb. The newborn’s back was not badly affected by the surgery.”

This baby was born attached to an underdeveloped parasitic twin and a penis on his back | Image source: CEN/Medicina

Fortunately, this unnamed baby is now home and healthy. In fact, he is recovering well at home.

But this is not the first incident where a parasitic twin developed on a newborn.

In 2010, a baby born in the Hejian city, in central China also reportedly had a parasitic penis on his back. Here, too, the doctors surgically removed the parasitic organ.

This year in India, a baby was reportedly born with four legs and two male organs in Karnataka. So the doctors surgically removed the “parasitic twin” from his body.

Why do these newborns have a parasitic twin? 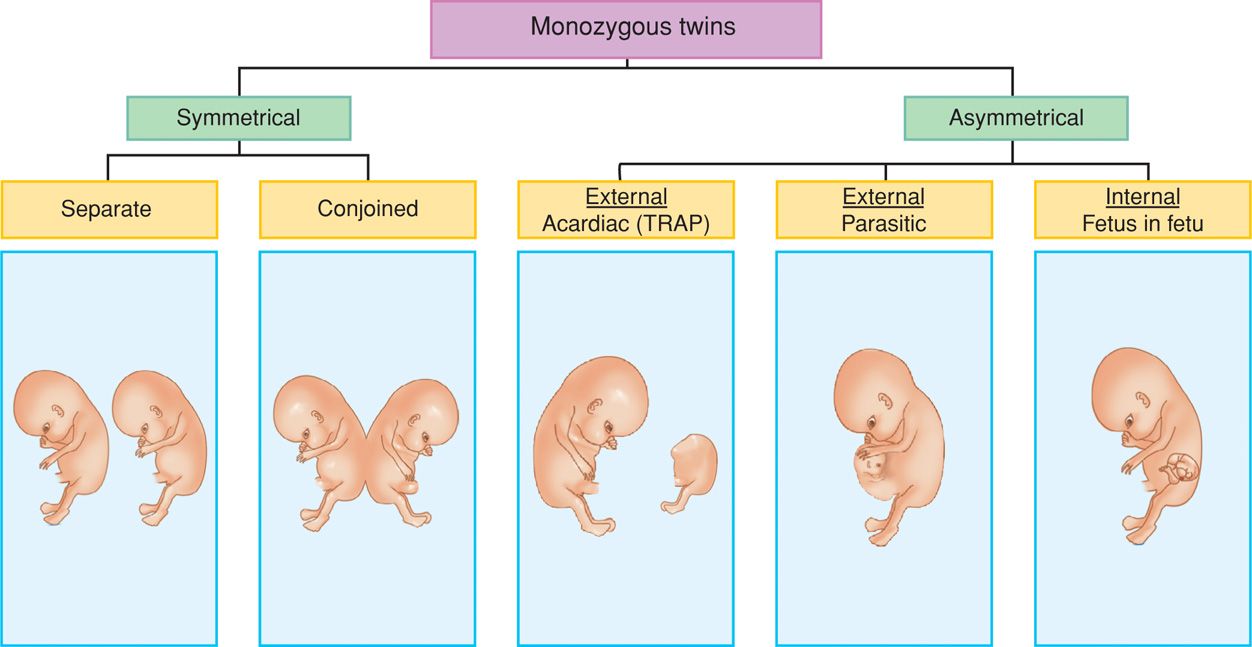 The birth of a baby with a parasitic organ is due to the phenomenon of ‘foetus in foetu.’

In this condition, a parasitic twin resides inside the host twin. This usually occurs due to improper placement during the development of the foetus. Here, the parasitic twin’s tissues depend upon the developed baby. Although this phenomenon is quite rare, it does occur perhaps once in 500 cases.

The best way to identify this situation is via ultrasound during pregnancy.

During your pregnancy, your doctor will advise the following routine scans:

Apart from identifying any underlying health issues in the mother-to-be as well as the developing baby, these tests also help to do the following:

Remember that a pregnancy scan can reveal not just underlying health issues, it is also a way to see how your baby grows.

Also read: Can ultrasounds reveal all about your baby?