I have flat nipples - will this affect my chances of breastfeeding?

Like breasts, nipples come in all kinds of different shapes and sizes. Nipple shape and breastfeeding is an issue that  while most women have nipples which protrude, there are some who have flat nipples or inverted nipples. Generally, an inverted or flat nipple should not affect your ability to breastfeed. This is because when breastfeeding, babies are not just sucking on your nipples, but also from the areola and the surrounding breast tissue.

For some women, however, flat or inverted nipples can make nursing a bit more difficult because it can be more difficult for the baby to find a good latch. Without a good latch, there is the chance that the baby might not get enough milk. Due to the demand and supply relationship of breast milk, this can actually lead to a decline in milk production, which might then lead to even less suckling.

Getting to know your breasts – the pinch test

How well do you really know your breasts? Past puberty, most women pay very little attention to their breasts. During pregnancy, however, your body goes through so many changes. Your breasts are often at the forefront of these changes. For some women, sensitive or tingly breasts can be one of the first signs of pregnancy, occurring as early as a few days after conception.

During pregnancy, your breasts probably grew quite a bit in size. At this time, your nipples might become more prominent – this is your body’s way of preparing for breastfeeding!

To find out what kind of breasts you have, think about how your breasts respond to external stimuli, such as when you’re cold or when you’re stimulated. If you do, you don’t have a flat or inverted nipple. If you’re not quite sure, this is where the pinch test can be useful to help you find out.

Place your thumb and forefinger at the base of your nipple, then gently squeeze your areola (that’s the dark area around the nipple).If the nipple becomes erect during the pinch test, then it is not inverted and you don’t need any special treatment. If the nipple doesn’t become erect, then it is considered flat. If your nipple still dents inwards or retracts, you probably have inverted nipples.

But don’t fret – even women with inverted nipples can still breastfeed. There are many things you can do to encourage your nipples to protrude.

If you’re still not quite sure, please visit a nursing practitioner.

I have inverted nipples. Can I still breastfeed?

The short answer, yes! The early stages of breastfeeding can be difficult for many mothers and babies, whether or not your nipples are inverted. Mum might just have to work a bit harder to find a good latch for the baby.

Experts disagree on whether pregnant women should be screened for nipple abnormalities, and whether treatments and exercises to draw out the nipple should be recommended.

In the case of breastfeeding difficulties amongst women with flat or inverted nipples, your doctor might recommend the following:

The Hoffman Technique can be used both during pregnancy and after birth. Place your thumbs on either side of your areola and push in firmly against your breast tissue while pulling to the side.

This will help to stretch out the nipple and loosen the adhesions at the base of the nipple, which should help the nipple protrude over time. Start by doing this about twice a day, eventually working up to five times daily. Breast shells are hollow and lightweight plastic disks that are worn inside your bra to help correct flat or inverted nipples. They are worn over your nipples to apply light but consistent pressure to gently and gradually draw out the nipple. They can be worn before the baby is born, but many experts will recommend that mums only start to wear them after birth.

Generally, experts recommend that mums wear breast shells for half an hour at a time, between feedings. They should not be worn at night, and if milk leaks while you’re wearing them, the milk should not be used. 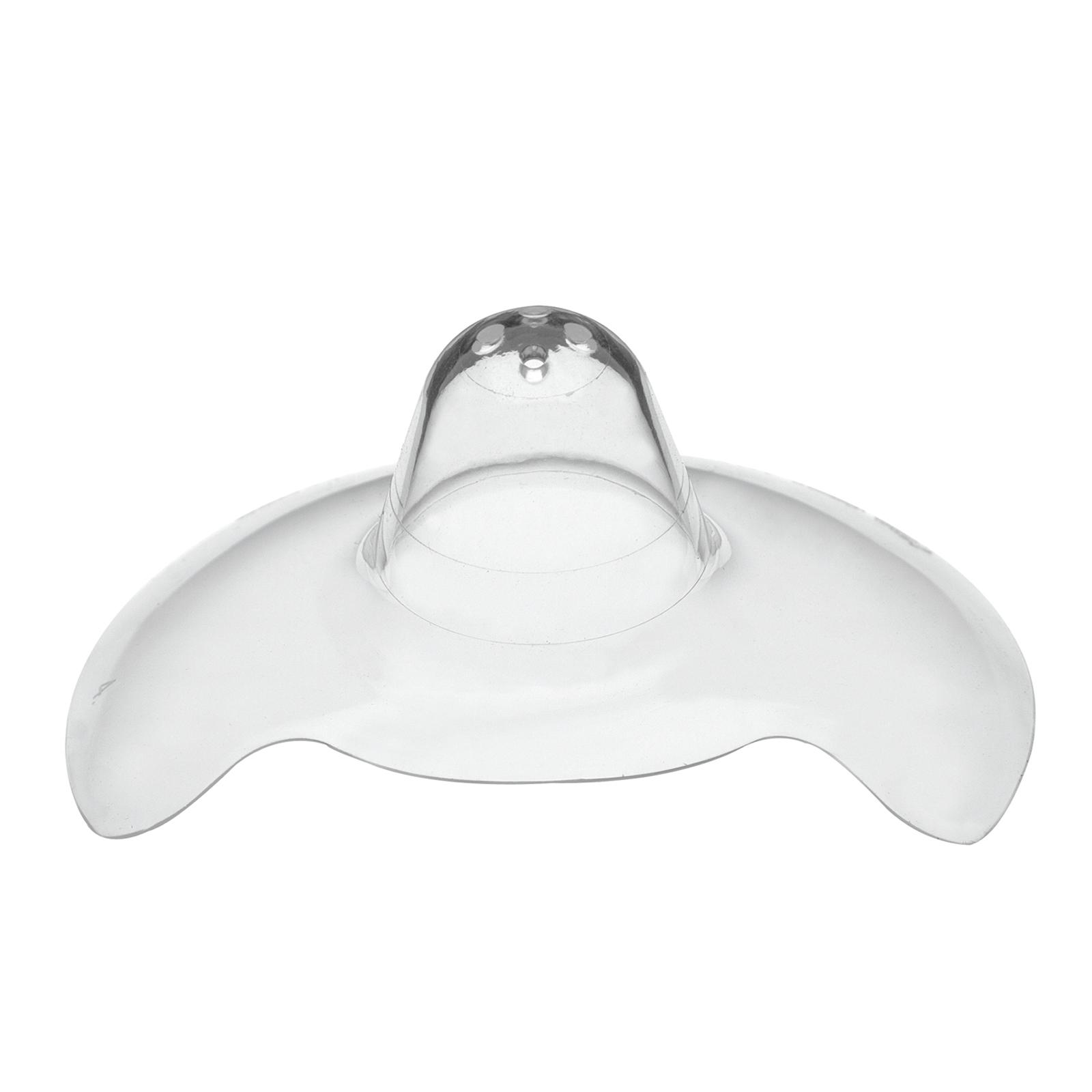 Doctors and lactation experts may sometimes recommend nipple shields to women with persistent latch-on problems. Modern nipple shields are made with thin and soft silicone that generally doesn’t interfere with nipple stimulation. They are unlike the old nipple shields, made of thick rubber, which caused a significant decrease in the mother’s milk supply.

Nipple shields should only be used under the supervision and recommendation of a lactation consultant. They can be used to help infants latch on to severely inverted or flat nipples, especially when other methods have failed. A lactation consultant can help to ensure that you choose a nipple shield which is best suited for your body.

Mothers should try and wean their baby off nipple shields as soon as possible, as prolonged use can affect a mother’s milk supply.

Using a breast pump to draw out flat or inverted nipples right before putting your baby on a breast can also be a great way to help your baby latch better.

A great side effect of regular pumping is that the uniform pressure of the pump can also break adhesions under the skin.

In doubt about your nipple shape and breastfeeding? Please refer to a lactation consultant, who can offer you more personalised advice according to you and your baby’s situation.

theAsianparent also has a Singapore Breastfeeding Mums Support Group that you can join for mum-to-mum advice. And if you would like to ask any questions anonymously, hop on over to our free community app.