If you thought Jamus Lim from the Workers’ Party looked familiar, you are not alone.

Some netizens have commented how the political newcomer and one of GE2020’s breakout stars looks like another famous person — Singaporean Mandopop singer, JJ Lin.

And that’s not where the similarity ends to Jamus lim or JJ Lin. The pair even share similar-sounding names.

Some, however, have said Jamus’ looks are a mash-up of JJ Lin and controversial blogger Amos Yee.

On the Internet, other politician-celebrity lookalikes have been talked about, with former People’s Action Party (PAP) electoral candidate Ivan Lim being compared to Korean actor Lee Seung-gi, as well as Mark Lee.

View this post on Instagram
Ivan Lim Seung-gi? We can’t exactly unseen this now that we’ve seen it. 🤷‍♂️ . PS: We’re not political. We just found this pretty interesting so we’re sharing it. ✌ . #Election #GE2020 #JustForLaughs #IvanLim #LeeSeungGi #Kpop
A post shared by InvestmentStab (@investmentstab) on Jun 27, 2020 at 10:20pm PDT This was also pulled out from the history books: 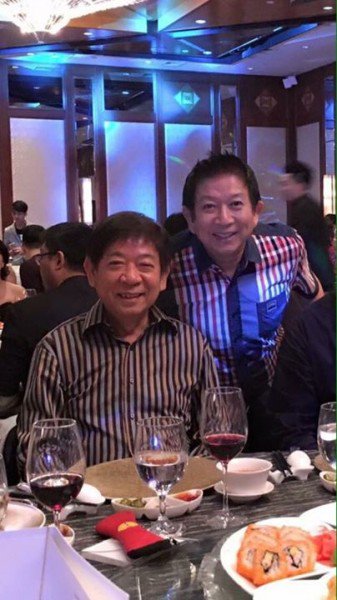 And another which we’ll just leave here:

We asked around the office and found other politicians and their celebrity doppelgangers. We think PAP candidate for Punggol West SMC has a famous twin too, in CGTN news anchor Liu Xin. Do American actress Raven Symone and WP’s Raeesah Khan look alike? There are some similarities, but the jury may still be out on this one. We didn’t think so at first, but when placed side by side, the resemblance between Korean actress Kim Go-eun and WP’s Nicole Seah is uncanny. Okay, we admit we cheated with this one. Even if the former Pasir-Ris Punggol GRC MP (that’s Teo Ser Luck) and former pageant-queen turned etiquette coach Teo Ser Lee look-alike, it shouldn’t be surprising. They are brother and sister, after all.

It’s All About Family: GE2020 Candidates Share Heartwarming Stories of Family Support During This Campaign Period