Donate your old or new MP3 player or portable radio to help make a difference!

It’s no secret that one of the worst-impacted groups of society during the COVID-19 outbreak is the elderly, especially the ones who live by themselves.

No longer allowed to socialise with friends and spend time outdoors during the circuit breaker period, the emotional and mental toll of staying at home 24/7 can be devastating. It’s no wonder some seniors continue to wander out and loiter in public to escape the crushing boredom of social isolation.

A new charity project intends to bring some joy to these elderly folk (and also to help them stay indoors) through the power of digital music players. In the age of music streaming services like Spotify and Apple Music on our smartphones, we’re well past the need for MP3 players and dinky portable radios — so why not donate them to those who can cherish the old-school melodies?

Project Audible Cheer aims to gift needy seniors with portable radio sets that can also play MP3 tunes. You don’t even have to download the songs as volunteers involved will help preload the memory cards with various oldies in different languages.

“We hope the sounds of voices on radio or songs of yesterdays can bring them some comfort and joy,” wrote Facebook user Skky Skky about the initiative. 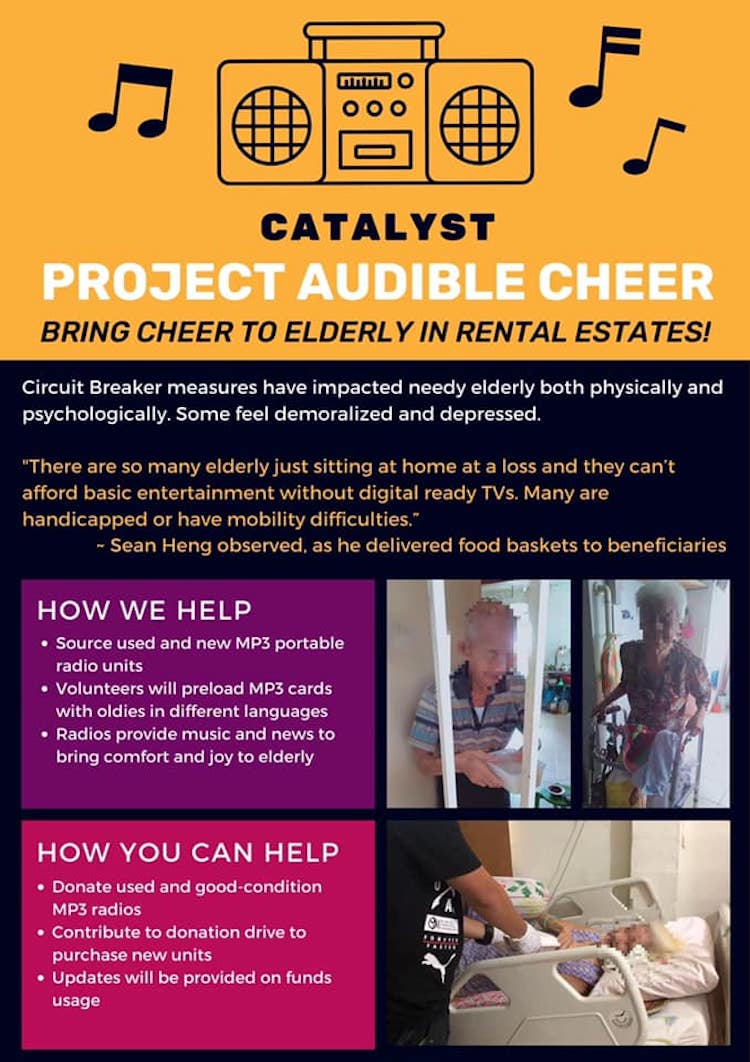 According to Skky, a fellow social worker by the name of Jason Cai noticed first-hand the hardship faced by the elderly during his rounds in rental residential estates.

“[Circuit Breaker] restrictions have affected the needy elderly both physically and psychologically,” wrote Skky. “These elderly are too poor to own mobile phones or digital TVs, or they may be immobile. As volunteer events have been cancelled, many lack human connection.”

In response, Skky formed a small team of volunteers for Project Audible Cheer, aiming to assist more than 1,300 senior citizens across rental estates. One way for folks to help is by donating money to the team so they can purchase radios, SD cards, and USB chargers. Each unit will be distributed to the needy who are already receiving food aid. 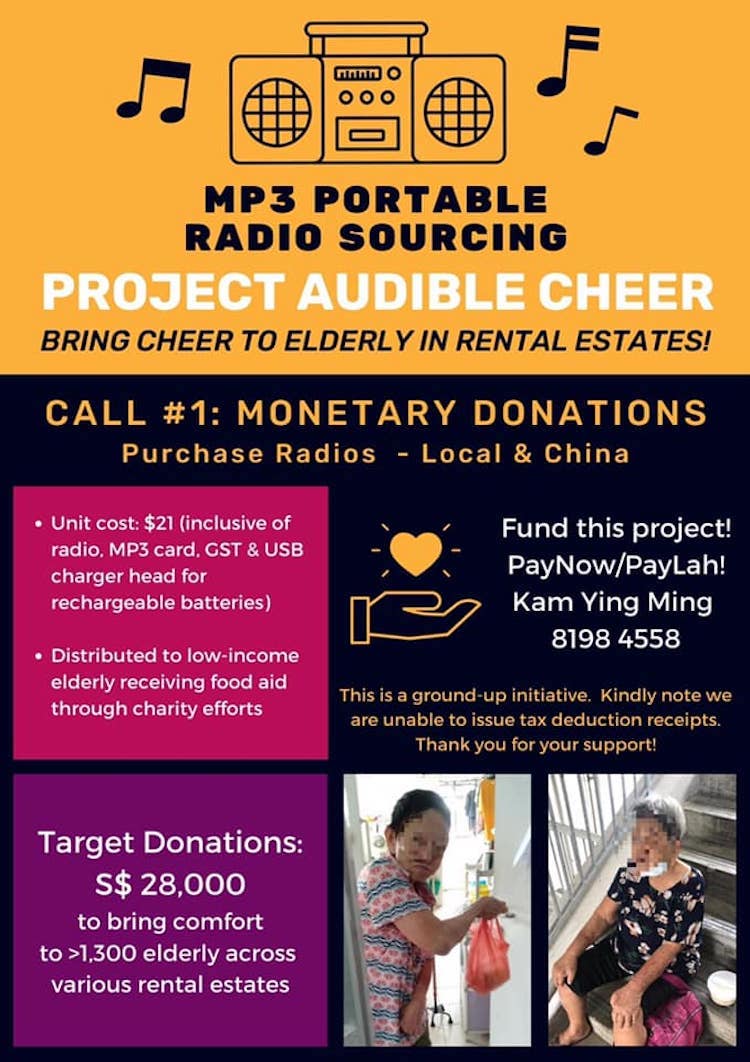 The second means of helping is by donating new or used MP3-enabled radios, which volunteers will help to distribute. 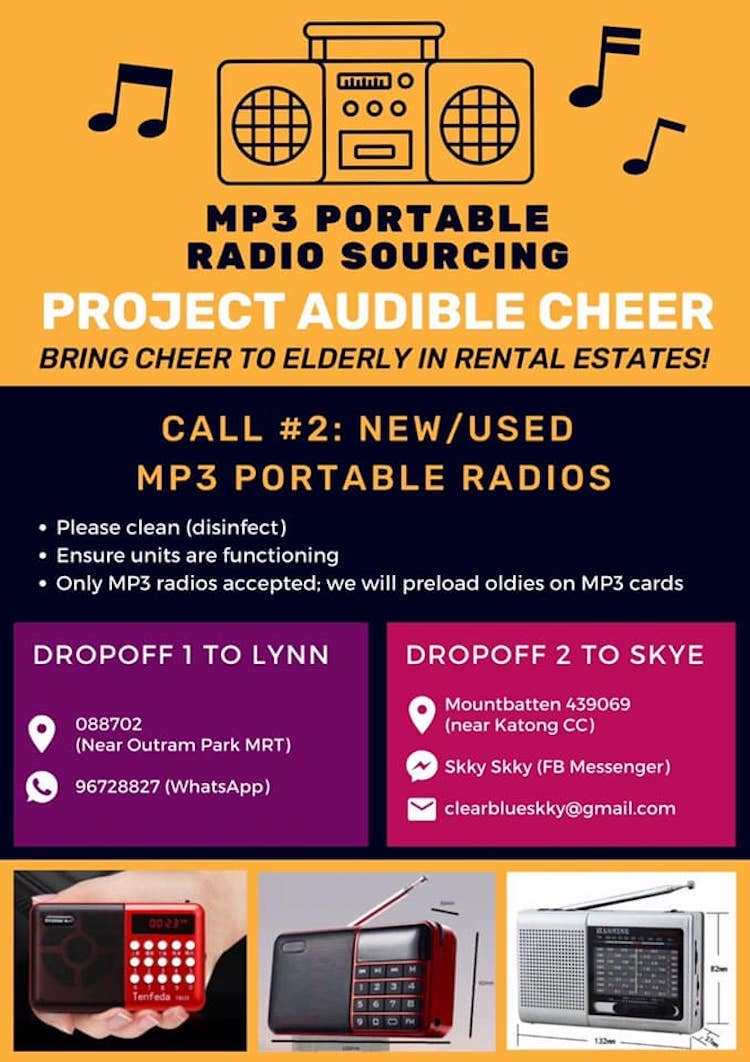 “It is our sincere hope this project is a success so we can help bring some relief and comfort to the needy elderly,” wrote Skky.

Since the start of the circuit breaker earlier this month, the safe distancing measures have been roundly ignored by some elderly residents. Despite warnings by patrolling enforcement officers, they’ve been defiantly eating at hawker centres and congregate together at public areas to drink, smoke and gamble openly.

Instead of brute force, some experts and netizens are calling for other ways to engage with the older generation during the circuit breaker. A widely shared Facebook post pleads for enforcers to show some patience and compassion when interacting with the elderly who aren’t adhering to the rules.