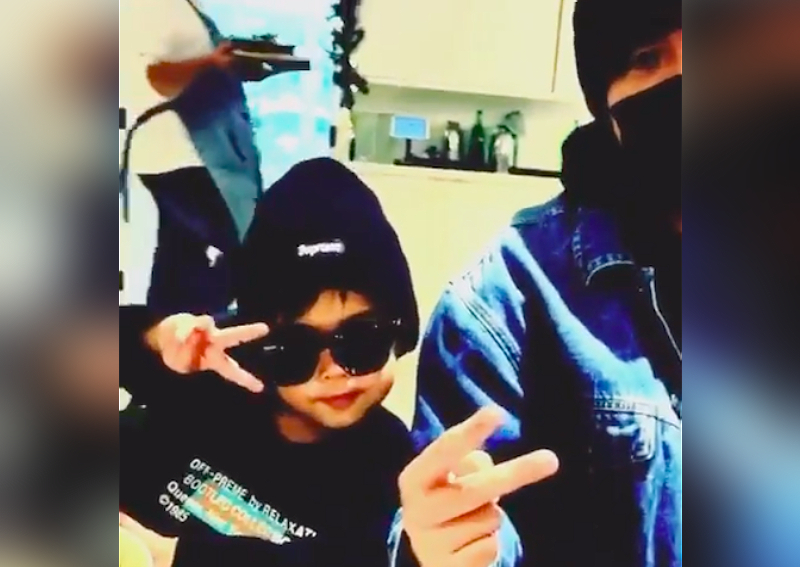 Little Jaylen Romeo Chou has gone viral in a recent Instagram post by his mummy, model and actress Hannah Quinlivan.

The video starts with Hannah (behind the camera) asking the adorable two-year-old in Mandarin to smile.

Immediately, the little boy, more commonly addressed as Romeo, cocked his head to the side while holding up a victory sign in both hands.

Like a seasoned model, he stayed in the pose for a good five seconds, before saying to his daddy: “Papa, pei wo (follow me)”, drawing delighted chuckles from mum.

Superstar singer-songwriter Jay Chou, who was sitting beside him, promptly obliged and held up two fingers mirroring Romeo.

The video has now received 705,000 views and more than 1,400 comments gushing about how cute Romeo is as well as his soft baby voice. Meanwhile, Jay has also posted another photo of the two together.

It was a rare treat for their fans, as the couple are known to be very protective of their two children. They also have a four-year-old daughter, Hathaway, and rarely post such close-up shots of the little ones.