How Painful is Circumcision for Babies - And is It Safe? Even if baby boys are given anaesthesia prior to the procedure, does it still hurt to get circumcised?

Circumcision is a procedure viewed as a rite of passage to puberty in many cultures. However, more and more parents are opting to have it done while their son is still a baby, often to avoid future pain. But does it hurt to get circumcised even if it’s done during infancy?

Your paediatrician might inquire about whether you want to have your boy circumcised as soon as he is born. The removal of your baby’s foreskin, the hood of skin that covers the top of their penis, is a reasonably routine surgery. If a newborn needs the procedure, it is typically performed two or three days after birth, just before they are discharged from the hospital.

If your boy is circumcised as a newborn, they will be awake throughout the process. The hospital is where it will most likely take place. Their arms and legs will be restrained using Velcro bands or other devices after they are put on their back. 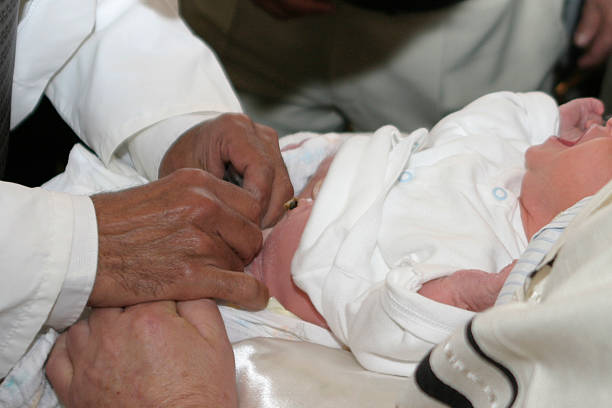 After using an antiseptic to disinfect the penis area, the doctor will provide an anaesthetic to the base of the penis to reduce pain. In some cases, doctors will use cream to apply the analgesic instead. After the procedure, your doctor may advise swaddling them by snugly wrapping them in a blanket or having them suck on a pacifier dipped in sugar water. Acetaminophen may also be given to your baby as a painkiller.

The Gomco clamp, the Plastibell device, and the Mogen clamp are three different types of clamps or plastic rings that are employed for circumcision. However, the process is the same for everyone.

The doctor clips off any extra foreskin after attaching the clamp or ring to the penis. The ring remains on and will eventually come off. The penis is then covered in gauze after the doctor coats it with an ointment like petroleum jelly. In most cases, it ends after 10 minutes. Your baby should be prepared to go home in a few hours if it is done in the hospital.

Does It Hurt To Get Circumcised For Babies?

Circumcision is the surgical procedure of separating excess foreskin from the head of the penis (or glans) forcefully before cutting it off. Some do it for religious or cultural reasons, while others opt for the procedure for hygienic or medical purposes.

However, according to the American Academy of Pediatrics (AAP), “the health benefits of newborn male circumcision outweigh the risks, but the benefits are not great enough to recommend universal newborn circumcision.”

Even if baby boys are given anaesthesia prior to the procedure, does it hurt to get circumcised regardless?

Normally, a baby is strapped down with a Circumstraint, or an apparatus with velcro cuffs to secure the baby’s hands and legs. The doctor will then apply an antiseptic to sterilise the area. Then, doctors can apply topical anaesthesia, which is as much as you can give babies, as sedating them would be risky. However, some studies claim local anaesthesia is also a safe option.

Because of this, they still can feel pain. To access the head of the penis and the inner foreskin, a doctor uses forceps to widen the tiny opening. Some parents and physicians view the act as “barbaric,” while others believe it is a necessary part of life.

Whatever you believe, one thing’s for sure: no parent wants to see their child in any pain.

Your baby’s penis may appear red and swollen following circumcision. It might be covered in gauze and petroleum jelly. When your infant urinates, the gauze will probably come off. You should adhere to your doctor’s instructions regarding whether to reapply fresh gauze to your infant’s penis or not. Use warm water to moisten the gauze and slowly loosen it if you need to remove it from the penis.

The doctor may have performed the circumcision using a Plastibell gadget. If so, your child’s penis will be wrapped in a piece of plastic. In 10 to 12 days, the ring ought to come off naturally.

The day following the treatment, a thin, yellow coating could develop over the area. This is a typical aspect of healing. It ought to disappear in a few days.

While the region heals, your infant could seem fussy. Your infant may experience pain when urinating. In three to four days, this soreness typically subsides. But it might linger for as long as two weeks.

After three or four days, your baby’s penis will probably start to feel better, but it might also start to look worse. After seven to ten days, the penis frequently begins to appear to be improving.

Baby In Pain After Circumcision: Is There A Way To Minimise The Pain?

Though preferences vary among doctors, what’s certain is that circumcision causes pain and stress to newborns.

Researchers at Group Health Inc. and the University of Minnesota Institute of Child Development found that newborns “cry vigorously, tremble, and in some cases become mildly cyanotic [having blueness or lividness of the skin, caused by a deficiency of oxygen] because of prolonged crying” during circumcision.

Some studies even claim that babies remember the pain that comes with circumcision. It also rewires how their brain responds to pain in the future.

Infant circumcision is a decision you must make with the help of your child’s paediatrician as early as possible. Note that in some cases it can help prevent urinary tract infections (UTIs) in young boys. Circumcision can also prevent STDs or penile cancer in adult men.

If you do decide not to have your son circumcised, rest assured that this has no bearing on their future health or hygiene. Because cleaning an uncircumcised penis is pretty easy.

To minimise pain during circumcision, make sure to consult your child’s doctor as to the safest level of anaesthesia for newborns.

Though pain is an unavoidable part of the procedure, it doesn’t have to be unbearable for your baby.

The circumcised area may initially be red, sensitive, raw, and contain a little blood. During the first week of the healing process, there can be a tiny bit of yellow leakage on the end of the penis. By the third day, tenderness should be almost completely gone.

A Plastibell ring should detach in five to eight days if one was utilised. Avoid pulling the ring off because doing so could result in bleeding. Before the circumcision area heals entirely, it could take seven to ten days.

How To Prevent Infection After Getting Circumcised

Boys who have recently had circumcision as newborns require care to avoid infection and maintain their comfort. 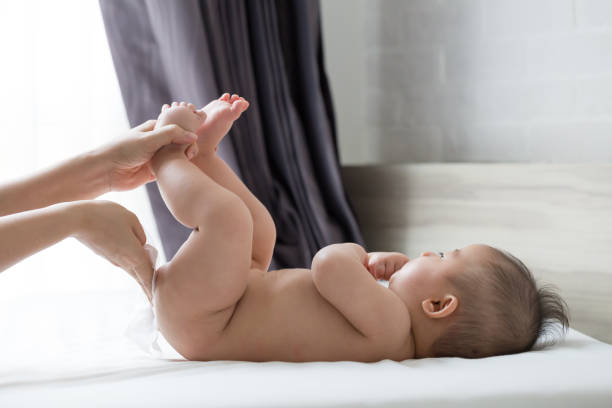 If you see any infection signs, such as fever, considerable redness or swelling, or a yellow discharge, call your doctor right once.

Call your paediatrician if: