This mum tragically lost her son to SIDS and now spends her time warning parents of the risks.

I look back on the day that changed my life and think about how it could have been so different. I almost didn’t send Declan to daycare that morning.

I could take him to work with me for change, I’d thought but then I changed my mind. There was no need to upset his routine.

It was Monday, March 19, 2018 and I remember every moment of the morning before I said goodbye to my baby for the last time. I go over it, savouring every detail. The way he sat by the front door, methodically rearranging all the shoes. Sure, he was making a mess but I’m so glad I didn’t snap at him. I left him to it while I cleaned up all the breakfast stuff – something that seemed so important back then. SIDS Stories from a Mum: The morning played out like any other, but it would change their lives forever. | Image: Instagram @paulsen_partyof8

The morning played out like any other, but it would change their lives forever. Image: Instagram @paulsen_partyof8

I put a sweatshirt on him, tugging it down and realising it was a bit small. Eleven months old already. How fast my boy was growing.

Then into the car.

SIDS Stories as Told By a Mum: The worst words of my life

A quick hug and a kiss outside daycare and he was gone.

Not long after I got a missed call from them. He’s bumped his head, I thought as I rang them back. But instead, I was greeted with the worst words of my life.

‘Declan was taking a nap and didn’t wake up,’ his carer told me. He was being taken to hospital in an ambulance and I needed to get there – fast. When I got to the hospital they were already working on him. | Image: Instagram @paulsen_partyof8

Dad rushed to pick me up and I called my husband Cody on the way. I tried to talk myself down. Declan would be fine. I was pregnant and the hormones must be making me dramatic.

But when I ran into Emergency and someone was waiting for me, I knew it wasn’t good. The poor man held my hand and took me to where I saw Cody kneeling on the floor. He was dirty from work and his face was buried in his hands.

Behind a curtain next to him was Declan. So tiny on the hospital bed and in just his diaper, he was surrounded by a dozen doctors and nurses trying to start his heart.

I didn’t know how to respond, I just sat in a chair silently and watched as Cody paced and yelled, ‘Come on buddy, come on.’ I couldn’t wrap my mind around what was going on in front of me. I have never felt more helpless and scared.

And then it was over

‘I’m sorry we did everything we could,’ was all the doctor could say, like some line from a movie.

SIDS is a particularly cruel syndrome that is little understood. Here, in one of many SIDS Stories, another mother shares what it’s like to lose a baby this way. 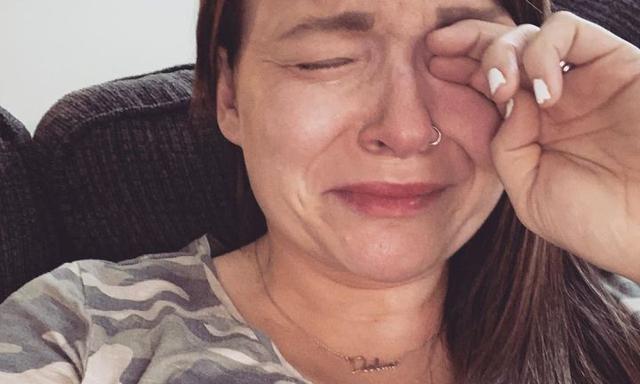 It didn’t hit me until they stopped trying to resuscitate him and wrapped him in a sheet and put him in my arms. His eyes were open, but he wasn’t there. That sparkle that made him ‘him,’ was gone. His smell was gone too, the smell that all mothers know, the smell of their child.

He had a tube down his throat and then he let out his last breath in my arms. And then all the tears I had been forcing down started falling.

I cried all over my boy and at the same I was trying to memorise every inch of his face, the weight of him in my arms. That would be the last time I saw or held him.

The explanation of sudden infant death syndrome, or SIDS came afterwards. There had been no warning. I never could have guessed this could happen. How could I have done?

I found out later SIDS is most likely during a child’s first year. Declan was just weeks away from that milestone. 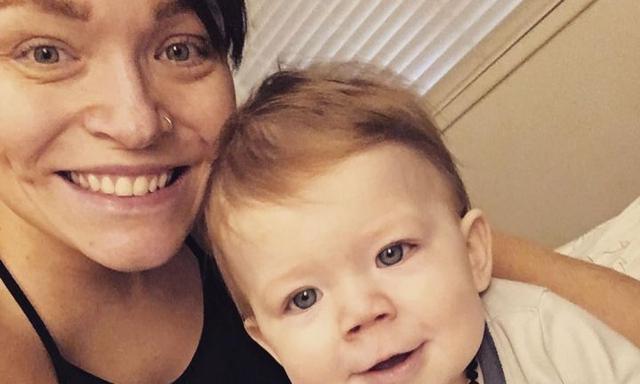 He will forever be in our hearts. | Image: Instagram @paulsen_partyof8

A hole in our lives

I had to try and hold it all together for our older daughters, Reaghan and Paisley and I was about to become a mum again.

Honestly, I don’t know how we coped. I don’t know how we still cope because there will forever be a hole in our lives. A perfect little boy called Declan-shaped hole. Speaking about him and warning parents of SIDS is what keeps him close and the memory of him strong.

Educate Helpers and Relatives About Sleep Safety to Prevent SIDS!